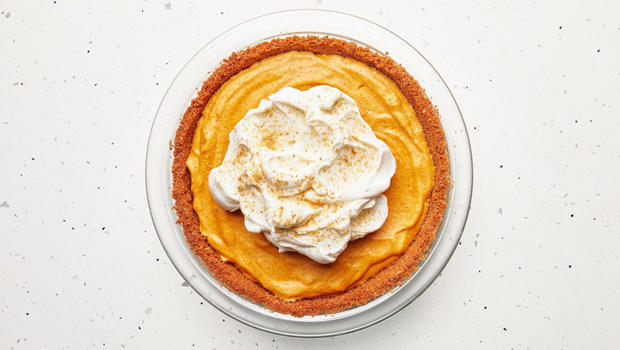 "This light-as-can-be pumpkin chiffon pie gets its cloudlike texture from the addition of beaten raw egg whites. (If that's not your thing, try our Pecan Rye Pumpkin Pie.) Be sure to take them all the way to stiff peaks for a slice of pie that can hold its shape.

"Parbaking the graham cracker crust at a relatively low temperature for a longer period of time ensures a crisp and deeply fragrant crust that won't become soggy once the pumpkin filling is added."

To watch Molly Baz and Adam Rapoport make a Pumpkin Chiffon Pie click on the video player below: