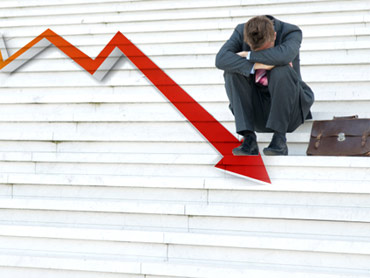 A panel of academics that date the beginnings and ends of recessions isn't ready to declare just yet when this downturn ended.

The National Bureau of Economic Research said Monday that although most barometers show improvements in the economy, it would be "premature" to pinpoint the end of a recession based on economic data seen so far.

That assessment came after the group of academic economists met at its Cambridge, Mass., headquarters on Thursday to review mountains of economic data.

The panel looks at figures that make up the nation's gross domestic product, which measures the total value of goods and services produced within the United States. It also reviews incomes, employment and industrial activity.

The economists decided that many of the key economic indicators are "quite preliminary at this time and will be revised in coming months," NBER said. The government often changes its estimates of economic growth, job creation and other important barometers based on more complete information. The panel of academic economists was wary of making a declaration about the end of the recession when key government figures could still be changed.

NBER has already pinpointed the start date of the recession as December 2007. Many private economists believed the recession ended in June or July last year.

The economy started growing again in the second quarter of last year after a record four straight quarters of declines. The economy also has started to generate jobs again - albeit at a sluggish pace.

The NBER normally takes its time in declaring a recession has started or begun.

Similarly, it declared in July 2003 that the 2001 recession was over. When did it actually end? Twenty months earlier - in November 2001.

Its determination is of interest to economic historians - and political leaders. Recessions that occur on their watch pose political risks.

In President George W. Bush's eight years in office, the United States fell into two recessions. The first started in March 2001 and ended that November. The second started in December 2007; its end date is pending the NBER's determination.

The timing of the NBER's decision likely means little to ordinary Americans now in the grip of a moderate economic recovery and weak jobs market.

Many will continue to struggle. Unemployment usually keeps rising well after a recession ends. After the 2001 recession, for instance, unemployment didn't peak until June 2003 - 19 months later.