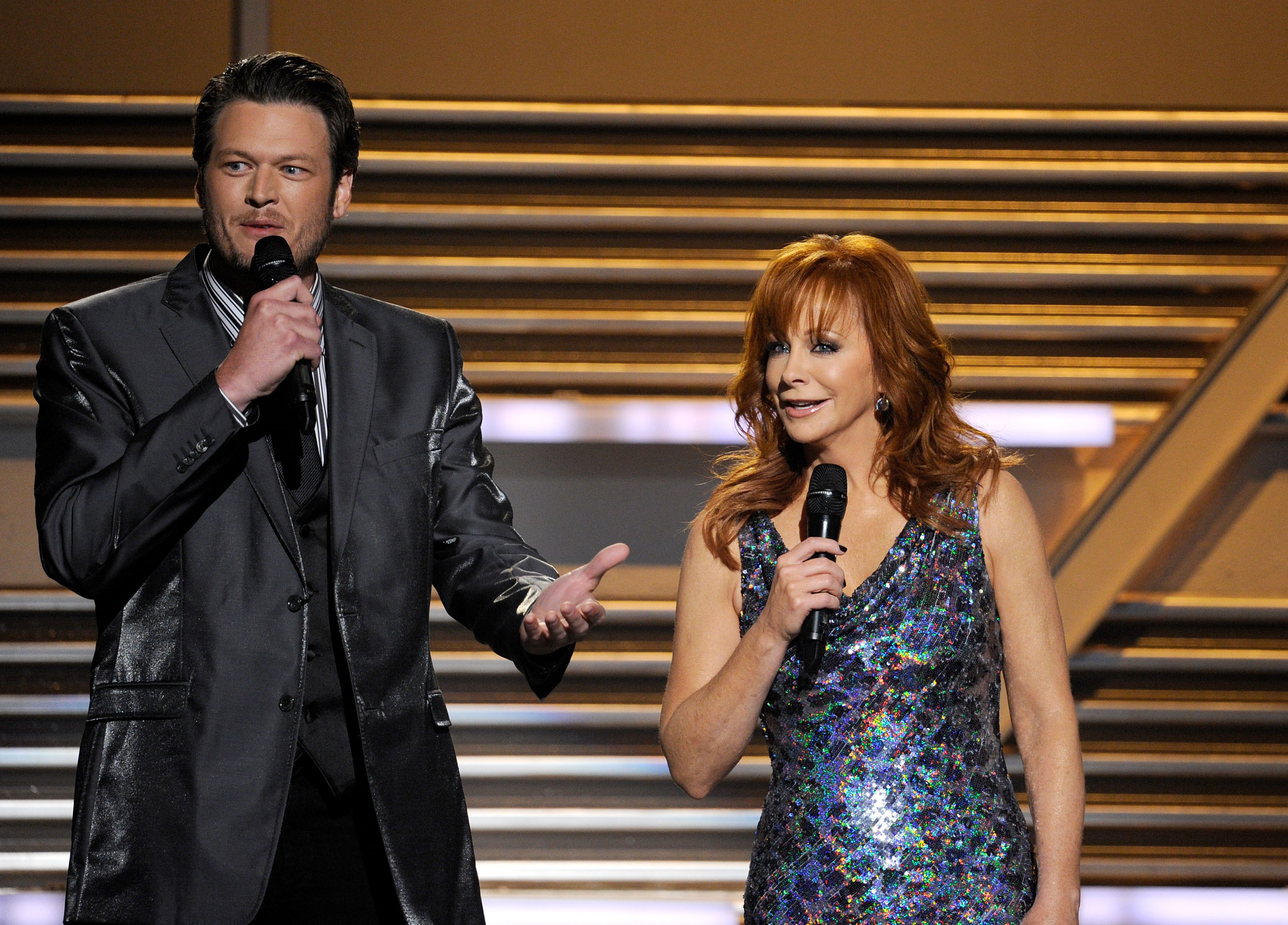 (CBS) Reba McEntire and Blake Shelton put their different senses of humor aside to entertain Sunday's audience at the 46th Annual Academy of Country Music Awards.

The audience anticipated McEntire's family-friendly humor as it is her 13th year as the ACM Awards host. The 56-year-old singer also received the Career Achievement Award by ACM prior to the show, writes CMT.

Shelton controlled his irreverent humor and was on his best behavior for the Awards. Shelton, 36, expressed his concerns for hosting the ACMs to a CBS executive, saying, "I just want you to know that, uh, I take this serious. It's a big deal to me. And I definitely wouldn't bring Reba down with me, you know. Making fun of, you know, Craig Morgan's toupee or whatever ... that would upset country fans," according to CMT news.

"Top Female Vocalist" and "Song of the Year" singer Miranda Lambert also warned CBS of her fiance's unpredictability. "I told CBS, my advice for you is a 3-second delay because you never know what's going to come out of his mouth, and you might not want that on live TV," Lambert told People on Friday.

Shelton made sure to tone down his humor as he amused the audience Sunday. Shelton and McEntire made just the right jokes and they did not delve into all the celebrity scandals - except one.

The hosts did poke fun at the ACM Entertainer of the Year, Taylor Swift. Reba said, "She's beautiful, she's talented, she's sweet. What in the world was Jake Gyllenhaal thinking, anyway?"

Shelton replied, "Wait a minute, he was in 'Brokeback Mountain!'"

Other celebrity jokes included Shelton's remark on singer and "Top New Solo Vocalist of the Year" Eric Church. "Eric Church has a big hit this year about 'Smoke a Little Smoke.' I heard it was about Miley Cyrus."

Do you think Shelton and McEntire went too far? Let us know in the comments below.