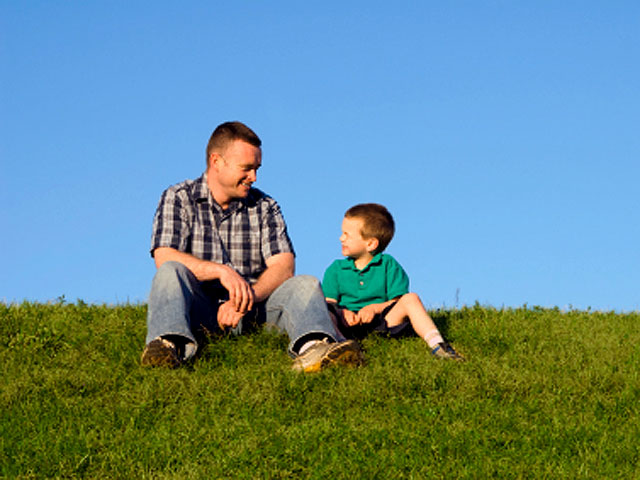 We all want our kids to have a better life than we did. These days, that's more challenging than ever before. You're overwhelmed, your kids are distracted, and schools don't do a very good job of preparing them for the real working world.

You need to be involved in their education, make sure they get good grades, and send them to a decent college, but that's all more or less a given. The most important factor in how successful your kids are in their careers comes down to what they learn from you.

Some of it comes from lessons you intentionally teach them, but even more comes from observing what you do. Your behavior may very well have more to do with how well your kids do in the real world than anything else. Here's what you can do to give them the best chance of making it on their own:

Support what they love to do; don't push them to do what you want them to do. It's a common refrain from parents: "I don't want them to make the same mistakes I made growing up." Well, you can't fix your mistakes through them. You'll only succeed in screwing up their lives as well. Success comes from doing what you love to do, what you're passionate about, not what you're forced to do or pushed into doing.

Teach them to take risks. If they succeed it'll give them confidence, but if they fail they'll learn even more. Let them make their own mistakes and learn to take responsibility for the outcome. I know it's hard to watch them try new things and fall on their faces, but to be honest, it's really important that they get used to that. Don't coddle them. Hold them accountable. And let them see you do the same. Let them see you as you are: Human, genuine, flawed.

Teach them about the value of money and financial responsibility. If they see you treat money like it grows on trees, they'll emulate that behavior. If on the other hand you teach them self-reliance, not to expect handouts from anyone, that'll pay off in the long run. They need to know that their success and happiness depends solely on them.

Let them be kids. Social skills aren't just important for kids to be kids; they're critical for adults to be successful in the business world, as well. Sports, friends, relationships, parties, being out and about, it's all good. Sure, they'll have accidents, get into fights, and do things you wish they wouldn't, but if you're open and encourage them to come to you with their problems, then you can mentor them on how to get along and learn from their mistakes.

Treat them like adults. When children are little, they have giant egos. Growing up is all about learning that the world doesn't actually revolve around them. For that transition to work, they need to feel safe and confident enough to take chances. You can help that along by giving them information and encouraging them to make their own decisions. Treat them as much like adults as they can handle and makes sense at the time -- people don't learn lessons from hearing them, they learn from living them.

Teach them about competition and team play. One of the great dichotomies in life is that success is very much about competing and winning, which by nature means others have to lose. That said, there are times when an individual is competing and times when it's a team effort. Knowing the difference is important in the real world, but it's a nuanced lesson, that's for sure.

Encourage their natural curiosity. Children have a natural thirst for knowledge and understanding of how things work. Encourage them to seek that out in books, games, puzzles, whatever interests them. But here's the thing: The modern world of ready-made toys and electronic gadgets is too easy, too spoon-fed, if you will. They'll learn more by creating and using their imagination.

Teach them self-reliance. The sense of entitlement that's becoming a national epidemic is success limiting and a career killer. The real business world doesn't work that way, and the sooner kids learn that, the better. Sure, life is too short not to have fun, but you can't let them take things for granted, either. Their drive to work hard and succeed has to come from them, and the only way that's going to happen is if they learn it from you.

More on the topic:
Street smart leadership: 5 lessons from growing up in New York