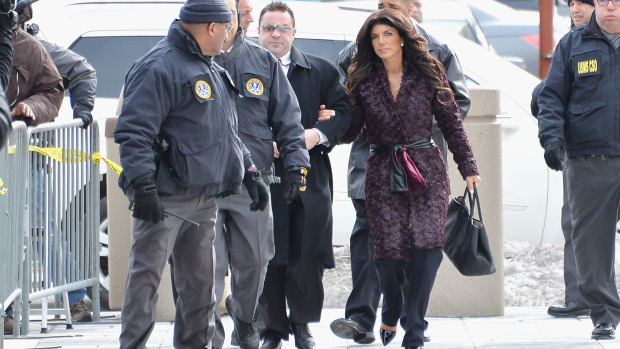 The Guidices arrived at the federal courthouse in Newark Tuesday morning without speaking to reporters. They each pleaded guilty to several counts including bankruptcy fraud, conspiracy to commit mail fraud and wire fraud, and failing to pay taxes.

Under federal guidelines, Joe Giudice faces a potential sentence of 37 to 46 months and Teresa Giudice could get 21 to 27 months. Joe Giudice also faces possible deportation back to Italy, reports CBS New York.

The couple was accused last year of exaggerating income while applying for loans before the show debuted in 2009, then hiding their fortunes in a bankruptcy filing after their first season aired.

They were also accused of submitting fraudulent mortgage and loan applications and fabricating tax returns and W-2 forms.