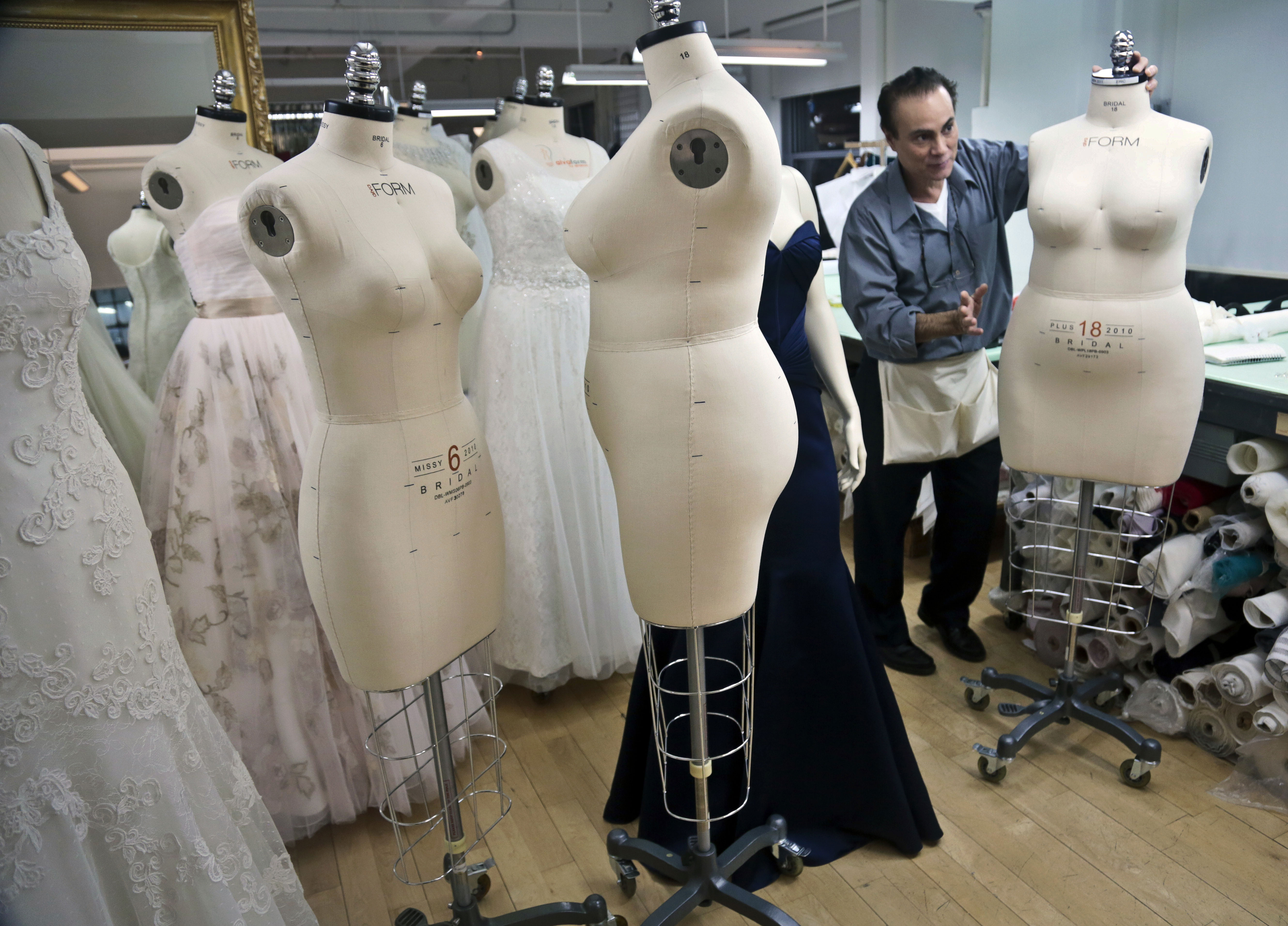 NEW YORK - The mannequin is getting a much-needed makeover.

Stores in the U.S. are using more realistic versions of the usually tall, thin, faceless mannequins in their windows and aisles. It's part of retailers' efforts to make them look more like the women who wear their clothes. That means not only adding fat and hair, but also experimenting with makeup, wigs and even poses.

Beachwear's mannequins in Miami have flower tattoos. The mannequins at American Apparel's downtown New York City store have body hair peeking through their lingerie. And at David's Bridal, mannequins soon will get thicker waists, saggier breasts and back fat to mimic a more realistic shape.

"This will give [a shopper] a better idea of what the dress will look like on her," says Michele Von Plato, a vice president at the nation's largest bridal chain.

This comes after two decades of stores cutting back on mannequins to save money. Many have been using basic, white, headless, torsos that can cost $300 compared with the more realistic-looking ones that can cost up to $1,500.

Now, as shoppers are increasingly buying online, stores are see mannequins as a tool to entice shoppers to buy.

Forty-two percent of customers recently polled by market research firm NPD Group Inc. say something on a mannequin influences whether they buy it. In fact, mannequins ranked just behind friends and family in terms of influence.

The first ones were made of wax and melted in the heat and had details like human hair, nipples and porcelain teeth. By the 1960s, stores were investing in hair and makeup teams specifically devoted to taking care of the mannequins.

That decade also started the trend of mannequins being made in the image of celebrities.

The next decade or so ushered in an era of hyper realism, with mannequins showing belly buttons and even back spine indentations, says ChadMichael Morrisette, an expert in mannequin history. But by the late 1980s, the trend moved away from realistic mannequins and toward torsos or mannequins without faces.

Now, retailers are doing another about-face.

Saks Fifth Avenue, for instance, spent about a decade using mostly mannequins who were headless or faceless. But in the past two years, the luxury retailer has been showcasing more mannequins with hair, makeup and chiseled features.

Ralph Pucci International, a big mannequin maker that creates figures for Macy's (M), Nordstrom (JWN) and others, plans to offer versions with fuller hips and wider waists next year.

American Apparel (APP) also is going more realistic. The teen apparel retailer known for its racy ads, this month has mannequins in its store in the trendy SoHo shopping district that are wearing see-through lingerie that reveal body hair and nipples.

Ryan Holiday, an American Apparel spokesman, noted the number of customers in the store has increased 30 percent since the debut of the new mannequins.

The windows were attention grabbing, with most people on a recent Friday stopping, pointing and laughing.

But Allison Berman, 19, thought the realism went too far. "I see this as sexual," she said.

Less than half of Americans can cover $1,000 bill, survey finds