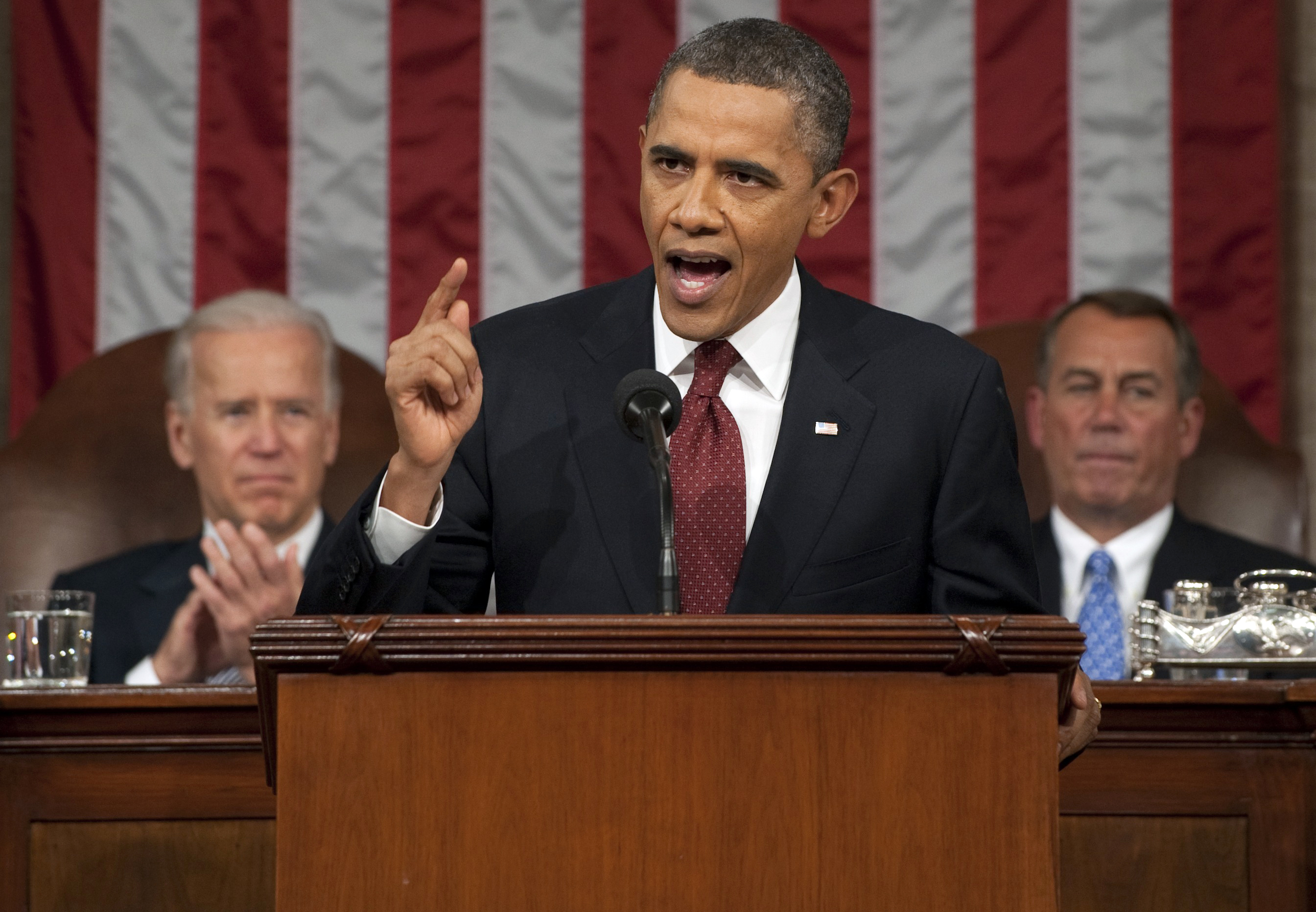 We’ve come to expect grand things from the State of the Union: Major revelations about the president’s agenda, bold policy initiatives, memorable turns of phrase. And sometimes that’s what we get, for better and for worse. In 2009, for example, Obama used his budget speech (the de facto State of the Union) to lay out his ambitious first-year agenda. In 2011, he reacted to his party’s defeat at the polls by calling for bipartisan cooperation and emphasizing deficit reduction.

Obama offered a few new and intriguing policy ideas on Tuesday – among them, a proposal to get more taxes from companies with operations overseas and an initiative to develop partnerships between community colleges and local businesses. He also called for some political reforms, most important among them an end to filibusters of judicial appointees. Mostly, though, he stuck to the proposals and themes he’s put out in the last six months, most memorably in his September address on jobs and his December speech on fairness.

But those happened to be very good speeches – not only because their tough rhetoric but also because of their substance. Together, they sketched out an ambitious vision of government, as an engine of economic growth and protector of opportunity for the lower- and middle-classes. Tonight, Obama was doubling down on those arguments – in no small part because, as policy and politics, they seem to be paying off.

Although the speech began and ended with foreign policy, the heart of it was domestic policy – with a heavy focus on job creation. Unlike in September, when the economy was at its absolute worst, Obama could point to a recent run of (moderately) good news about overall growth and job creation. And he could boast about the results of what has become his administration’s most unambiguous success: The rescue of General Motors and Chrysler, which has been a catalyst for a rebirth of American manufacturing in the Midwest.

Pivoting from that discussion, Obama called for more action to boost American workers and the industries that employ them – whether it was tax changes to deter American companies from relocating overseas or more spending on infrastucture, an idea that both parties once supported. He also renewed his call for investments in clean energy, suggesting (at least implicitly) that with early government support the U.S. could create a manufacturing nucleus – the kind that now exists for computers abroad.

I'm not qualified to judge all of the policies: Some, I know, are better than others. The overall scale of what he outlined on Tuesday was modest. But in principle Obama is absolutely right: "What’s happening in Detroit can happen in other industries."

Later in the speech Obama focused on the theme of “fairness” – and he was not shy about what he meant. He once again decried a system in which Warren Buffett’s secretary – whom the White House cleverly invited to sit with the First Lady – has a higher tax burden, proportionally, than Buffet himself. And for the first time he put a number on his proposed “Buffett tax”: In a reformed tax system, Obama said, nobody making more than a million dollars a year should pay less than 30 percent of his or her income in taxes. (Obama didn't talk much about the Affordable Care Act, Medicare, or the rest of welfare state, but his recent defense of those programs has been loud and firm, so I'm not reading too much into it.)

Thematically and in some cases programmatically, these calls were identical to what Obama said in the jobs speech and in Kansas. But politically that makes a lot of sense, as polls suggest the country is on his side: They like public works, they like spending on education, they like a secure welfare state, and they like higher taxes on the rich.

This speech also adopted the more aggressive tone Obama has maintained since September. Obama's most telling line was "I intend to fight obstruction with action, and I will oppose any effort to return to the very same policies that brought on this economic crisis in the first place." But that approach, too, seems to be popular, if the president's (slowly) rising poll ratings are indicative. And, besides, Obama has tried offering accommodation before: As we saw last year, it didn't get him anywhere.

Of course, that also means his agenda isn't likely to get far in Congress this year. The Republicans who run the House didn't like it before and they won't like it now. Most likely, it will take the election – and the stark choice between Obama and the eventual Republican presidential nominee – to settle the dispute.

But after the election, there will be a chance to govern again. Expiration of the Bush tax cuts and the onset of spending cuts from last summer’s budget deal will force decisions on fiscal policy. With this speech, Obama is not merely trying to win reelection, although he is quite obviously trying to do that. He is also laying the groundwork for those negotiations, should he have a chance, as the president-reelect, to drive them. And if he sounds a lot like he’s sounded for the last few months, that’s only because what he’s been saying seems to be working.

Bio: Jonathan Cohn is a regular contributor to the New Republic. The opinions expressed in this commentary are solely those of the author. State of the Union: 10 highlights from Obama's speech
A re-election speech in State of the Union clothing
Mitch Daniels: Obama has "held back" economy, made debt "radically worse"
Obama makes pitch for economic fairness in State of the Union address
WH aide: Obama wants "room for everybody"