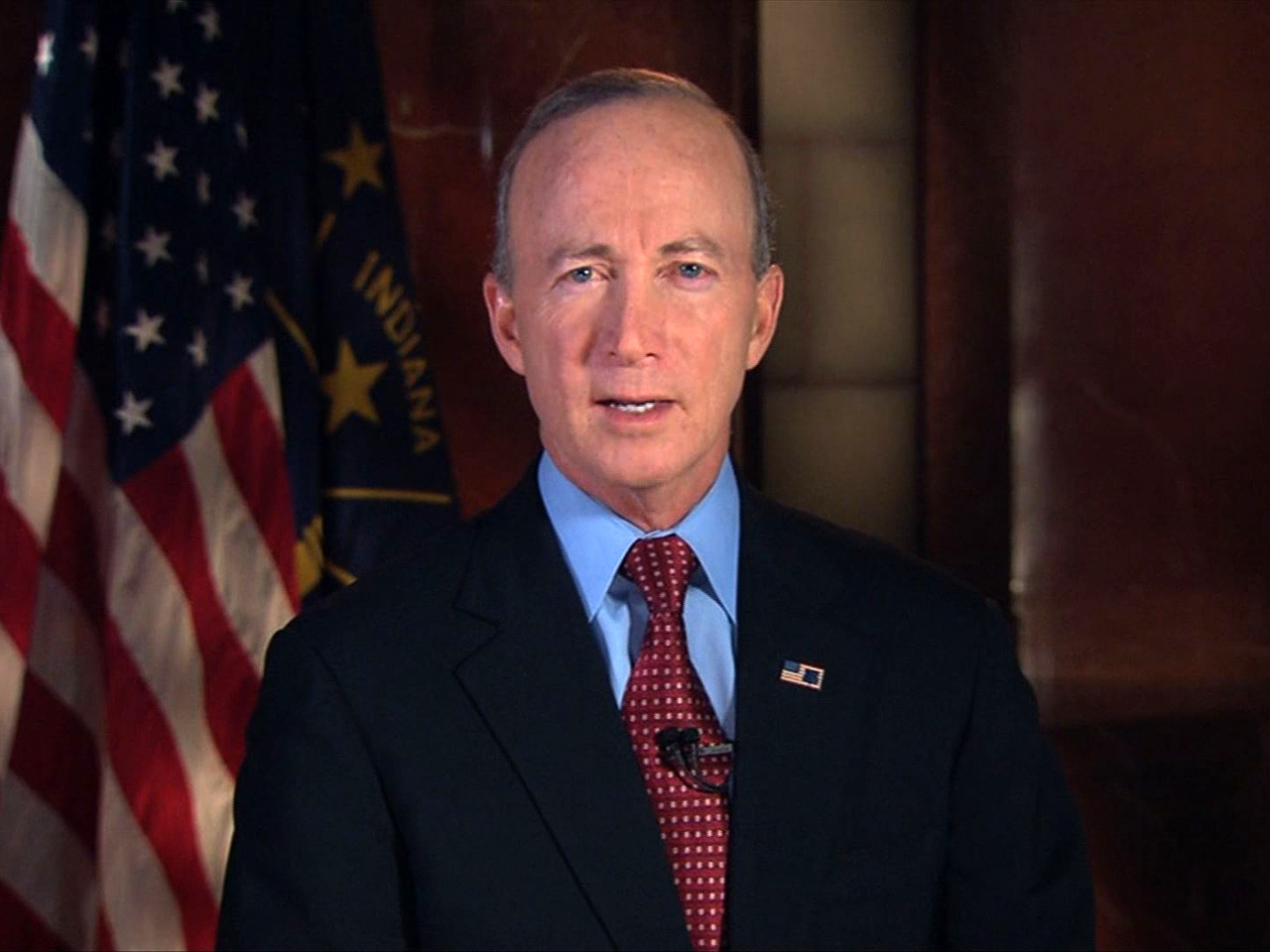 Indiana Governor Mitch Daniels, in the Republican response to President Obama's State of the Union address, acknowledged that the president was not responsible for the recession, but said Mr. Obama has "held back" the economy and is making the U.S. debt situation "radically worse."

In a speech that lasted less than 15 minutes, Daniels delivered the Republican rebuttal from the auditorium stage of the Indiana War Memorial building in Indianapolis.

"The president did not cause the economic and fiscal crises that continue in America tonight. But he was elected on a promise to fix them, and he cannot claim that the last three years have made things anything but worse: the percentage of Americans with a job is at the lowest in decades. One in five men of prime working age, and nearly half of all persons under 30, did not go to work today," Daniels said.

CBS complete coverage of the State of the Union

"The president's grand experiment in trickle-down government has held back rather than sped economic recovery. He seems to sincerely believe we can build a middle class out of government jobs paid for with borrowed dollars. In fact, it works the other way: a government as big and bossy as this one is maintained on the backs of the middle class, and those who hope to join it," Daniels said.

On the topic of the debt, Daniels lambasted what he called an "unprecedented explosion of spending" which added "trillions to an already unaffordable national debt."

"And yet, the President has put us on a course to make it radically worse in the years ahead," he added. "No nation, no entity, large or small, public or private, can thrive, or survive intact, with debts as huge as ours."

Fully aware that 2012 is an election year with the White House and the balance of House and Senate majorities on the line, Daniels offered a doomsday scenario.

"So 2012 is a year of true opportunity, maybe our last, to restore an America of hope and upward mobility, and greater equality," he said.

Daniels served as President George W. Bush's director of Office of Management and Budget. He was elected to his first term as governor in 2004 and was re-elected in 2008. A popular figure in the Republican Party, Daniels was considering running for president in 2012 but decided against it.

The two-term governor said owning a business is virtuous. "Contrary to the president's constant disparagement of people in business, it's one of the noblest of human pursuits," Daniels said. "Out here in Indiana, when a businessperson asks me what he can do for our state, I say 'First, make money. Be successful. If you make a profit, you'll have something left to hire someone else, and some to donate to the good causes we love.'"

Daniels blamed Democrats and Mr. Obama for gridlock in the nation's capital.

"It's not fair... for the president to attack Republicans in Congress," he said. "They and they alone have passed bills to reduce borrowing, reform entitlements, and encourage new job creation, only to be shot down time and time again by the president and his Democratic Senate allies."

Daniels has implemented budget-cutting proposals in Indiana with a Republican majority in the state legislature. However, Democrats in the Indiana House of Representatives have staged walkouts in protest of Daniels' agenda. The latest Democratic walkout occurred this week, when Democrats objected to a right-to-work bill, making it more difficult for workers to unionize, being debated.

In his speech, Daniels proposed Medicare and Social Security reform through means-testing -- in which benefits would be distributed based on need and income.

"The dollars we have should be devoted to those who need them most," he said.

Giving the response to the president's State of the Union can be risky. It's a difficult task to match a president delivering a speech before an energetic, live audience (even if half of those in attendance are opponents). Up-and-coming politicians, often with little experience on the national stage, are chosen by party leaders, and it is often seen as a sort of try-out for national prominence and greater stature within the party. Last year Wisconsin Rep. Paul Ryan, Chair of the House Budget Committee and author of Republican deficit-cutting budget proposal, delivered the rebuttal, and in 2010, Virginia Governor Bob McDonnell responded. Both received mixed reviews at the time.