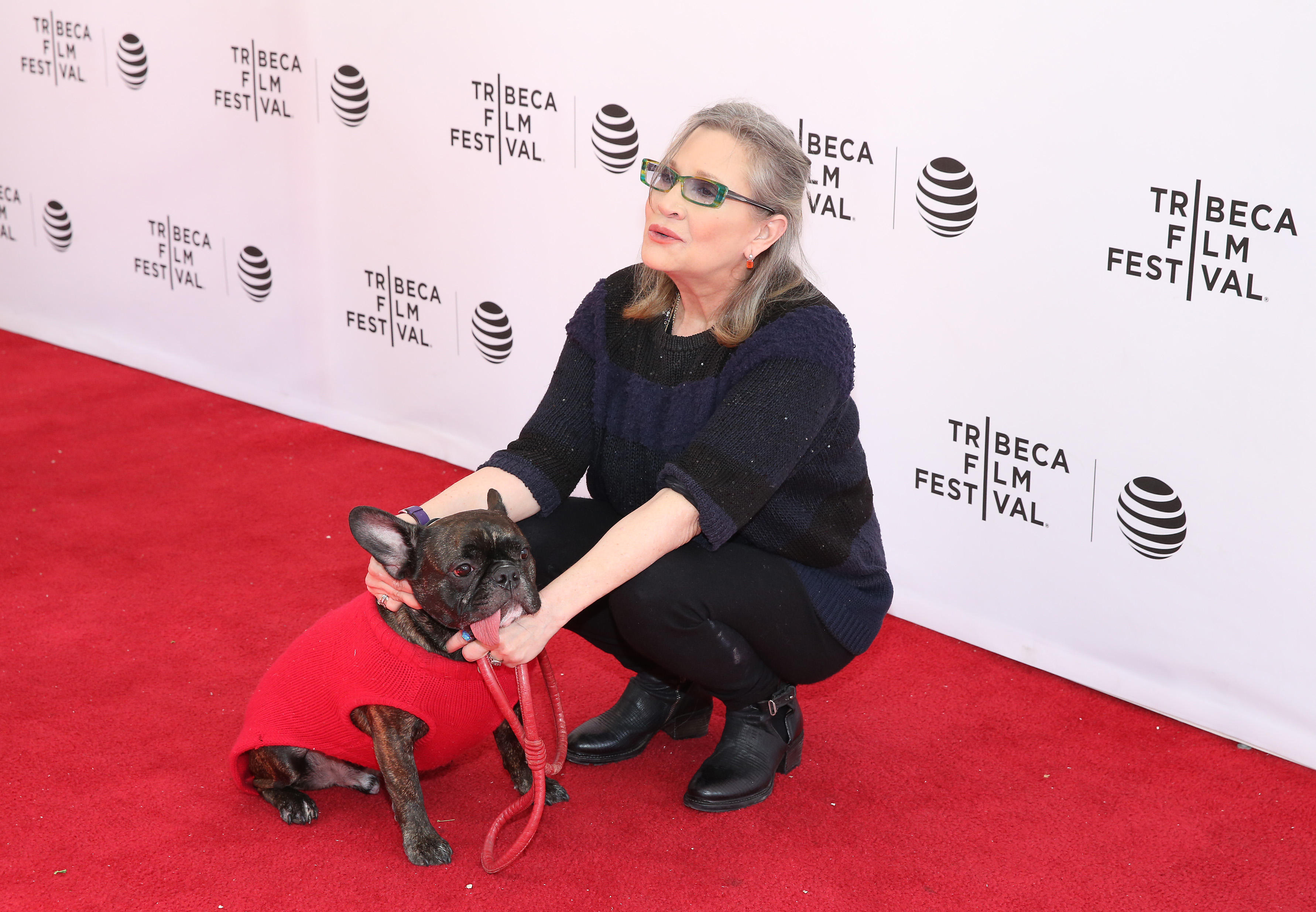 Carrie Fisher may have been a mega star, but her dog, Gary, was no slouch in the fame department either.

The actress and prolific writer, 60, suffered from bipolar disorder, and the adorable French bulldog acted as not just her furry pal but also an emotional companion. Gary has been a red carpet staple since 2014, frequently stealing the show from his famous mama -- and even has his own Twitter account that boasts more than 61,000 followers.

The dog’s tweets are witty and irreverent, just like his mom was, but since Fisher’s death on Tuesday after she went into cardiac arrest on a plane from London to Los Angeles, the posts have been heartbreaking.

Shortly after the news broke, Gary wrote the tweet heard around the world that turned us all into a collective ball of tears: “Saddest tweets to tweet. Mommy is gone. I love you @carrieffisher.”

That was followed in quick succession by even more tearjerking sentiments, including a photo of Gary staring out the window alongside the caption, “I’ll still be waiting for you.......,” as well as a collage capped off with a poignant tribute: “I was always by your side but best of all you were always by mine.”

The dog’s sense of humor stayed intact, however. After he found out that Fisher’s daughter, Scream Queens star Billie Lourd, would now be taking care of him, Gary tweeted, “Dear Billie, I like a bacon flavor everything.”

Then on Wednesday, Fisher’s mother, famed actress Debbie Reynolds, died, and all of our hearts broke with Gary and the extended Fisher family.

“Mommy’s mom is gone now. :( RIP #DebbieReynolds,” he wrote, adding, “If Carrie was here I bet she would make a joke that it was just like her mom to upstage her even in death. #FindingHumorInTragedy.”

Then came what we’ve all been thinking after the last 36 hours:

Gary had been by Fisher’s side for the last several years. In 2013, when the bulldog was just a year old, the Star Wars actress told the Herald-Tribune, “My mother says Gary is a hooligan. Gary is like my heart. Gary is very devoted to me and that calms me down. He’s anxious when he’s away from me.”