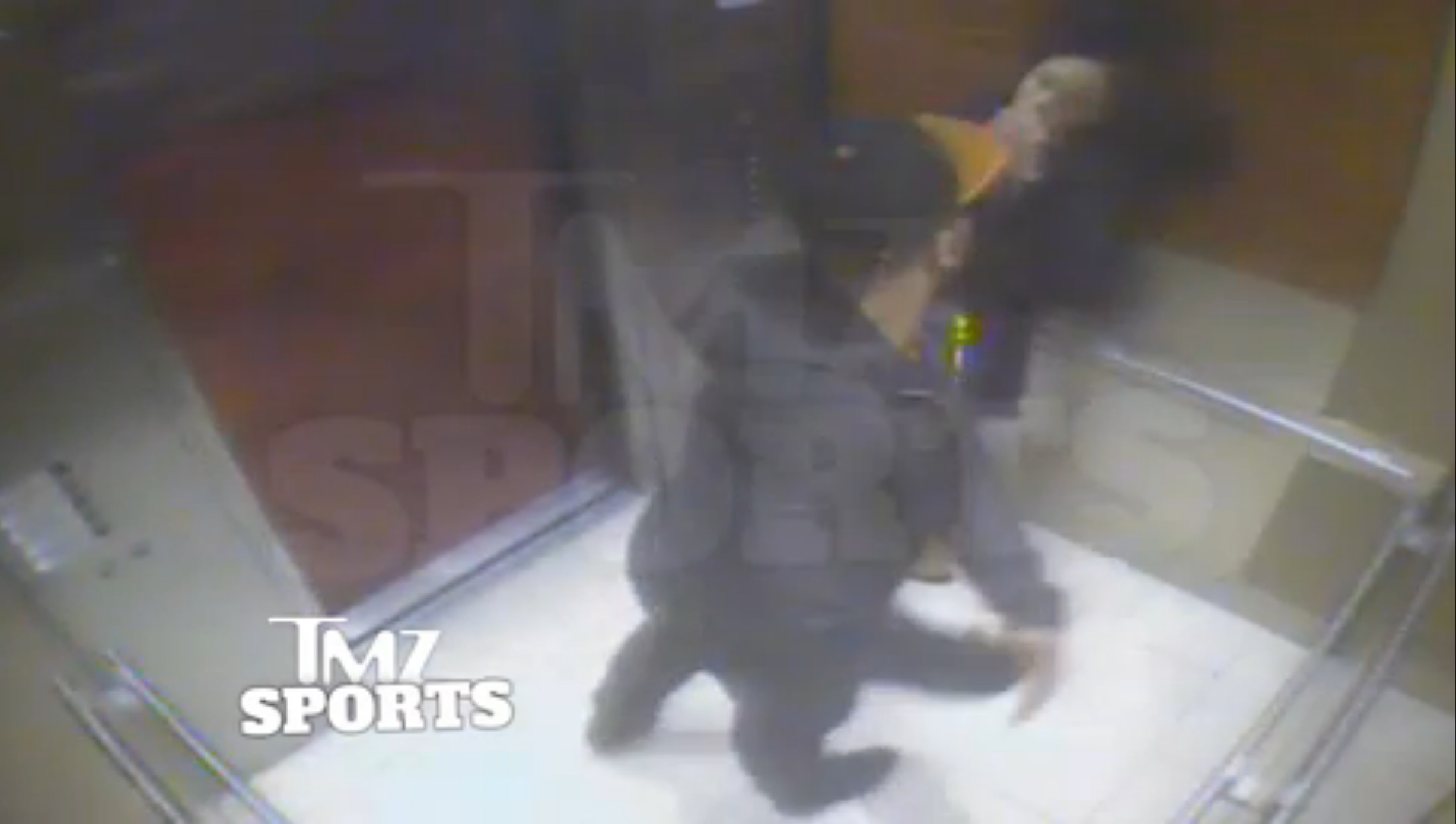 ATLANTIC CITY, N.J. -- A law enforcement official says he sent a video of Ray Rice punching his then-fiancee to an NFL executive five months ago, while league executives have insisted they didn't see the violent images until this week.

The person played The Associated Press a 12-second voicemail from an NFL office number on April 9 confirming the video arrived. A female voice expresses thanks and says: "You're right. It's terrible."

The law enforcement official, speaking to the AP on condition of anonymity because of the ongoing investigation, says he had no further communication with any NFL employee and can't confirm anyone watched the video. The person said he was unauthorized to release the video but shared it unsolicited, because he wanted the NFL to have it before deciding on Rice's punishment.

The NFL has repeatedly said it asked for but could not obtain the video of Rice hitting Janay Palmer - who is now his wife - at an Atlantic City casino in February.

The league says it has no record of the video, and no one in the league office had seen it until it was released by TMZ Monday. When asked about the voicemail Wednesday, NFL officials repeated their assertion that no league official had seen the video before Monday.

"We have no knowledge of this," NFL spokesman Greg Aiello told CBS News Wednesdayt. "We are not aware of anyone in our office who possessed or saw the video before it was made public on Monday. We will look into it."

The person said he sent a DVD copy of the security camera video to an NFL office and included his contact information. He asked the AP not to release the name of the NFL executive, for fear that the information would identify the law enforcement official as the source.

NFL Commissioner Roger Goodell initially suspended Rice for two games following the February incident, but the Ravens released Rice on Monday and the NFL suspended him indefinitely after the website TMZ released the video.

Goodell told "CBS This Morning" co-host Norah O'Donnell on Tuesday that "no one in the NFL, to my knowledge" had seen a new video of what happened on the elevator until it was posted online.

"We assumed that there was a video. We asked for video. But we were never granted that opportunity," Goodell said.

In a memo to the NFL's 32 teams on Wednesday, Goodell said that the league asked law enforcement for the video, but not the casino. "In the context of a criminal investigation, information obtained outside of law enforcement that has not been tested by prosecutors or by the court system is not necessarily a reliable basis for imposing league discipline," he wrote.

Goodell has come under fire for his handling of the case. The National Organization for Women called for Goodell to step down, saying in a statement the league "has lost its way." Sen. Heidi Heitkamp, D-North Dakota, said Goodell should "seriously" consider resigning.

The video, shown to the AP on Monday, is slightly longer than the TMZ version, and includes some audio.

Rice and Janay Palmer - now Janay Rice - can be heard shouting obscenities at each other, and she appears to spit at Rice right before he throws a brutal punch. After she collapses, he drags her out of the elevator and is met by some hotel staff. One of them can be heard saying, "She's drunk, right?" And then, "No cops."

Rice had been charged with felony aggravated assault in the case, but in May he was accepted into a pretrial intervention program that allowed him to avoid jail time and could lead to the charge being purged from his record. A prominent New Jersey lawmaker called Tuesday for that decision to be reviewed.

Hours after portions of the video were made public by TMZ, Goodell suspended Rice indefinitely and Baltimore terminated his contract. He had originally been suspended for two games, and team officials had praised him for his apologies and actions after his arrest for aggravated assault.

Goodell and team officials said they were taking more severe action because of the violence in the video.