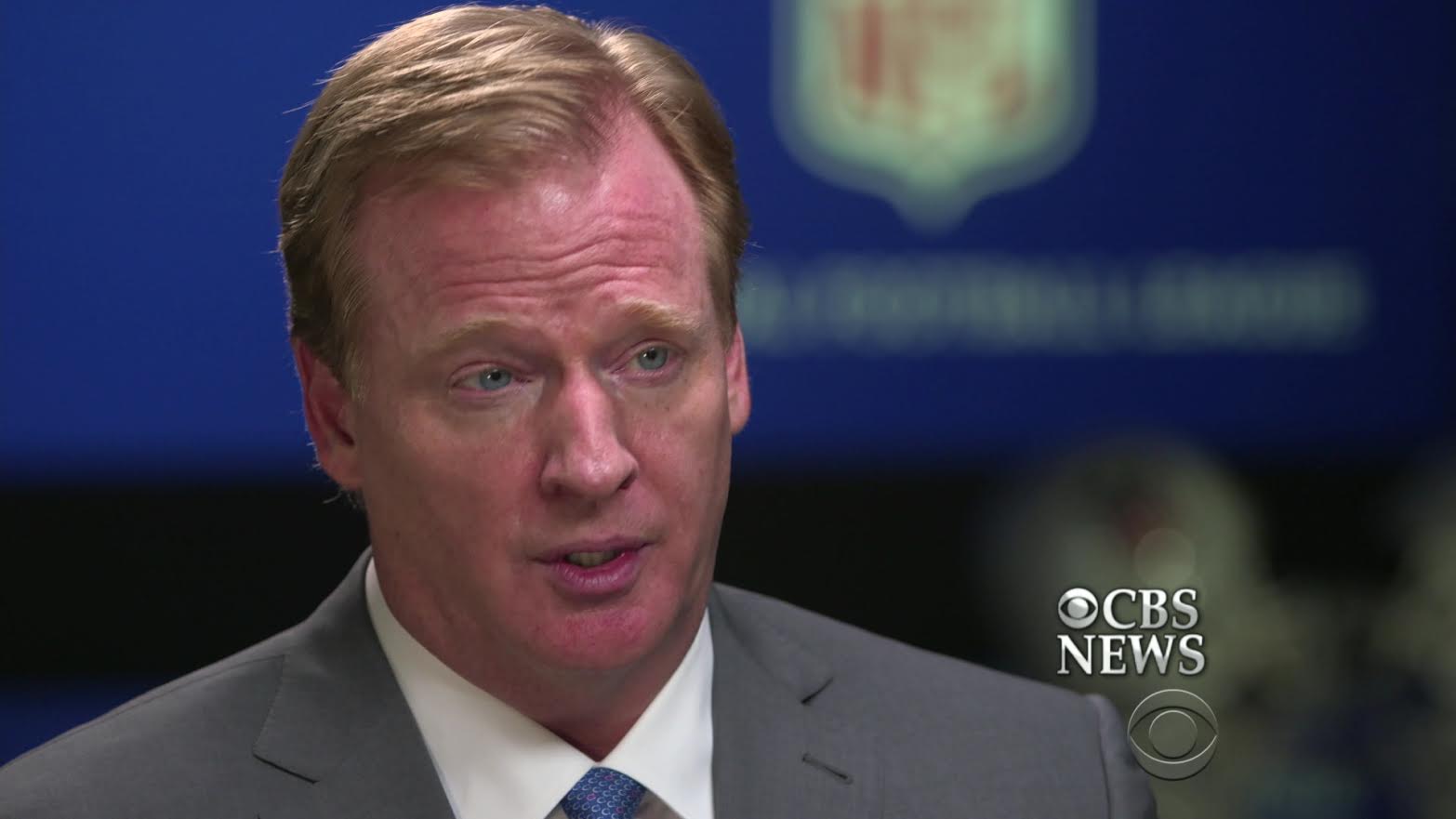 After a second video of Baltimore Ravens player Ray Rice surfaced, this one showing him punching his then-fiancee, Janay Palmer, NFL commissioner Roger Goodell was under fire. Many critics questioned how Goodell could not have seen the video before giving Rice his original two-game suspension.

Goodell addressed the controversy in his first interview since suspending Rice indefinitely from the league, speaking exclusively with “CBS This Morning” co-host Norah O’Donnell.

O’Donnell: So did anyone in the NFL see this second videotape before Monday?

O’Donnell: No one in the NFL?

Goodell: No one in the NFL, to my knowledge, and I had been asked that same question and the answer to that is no. We were not granted that. We were told that was not something we would have access to. On multiple occasions, we asked for it. And on multiple occasions we were told no. I understand that there may be legal restrictions on them sharing that with us. And we’ve heard that from attorneys general and former attorneys general.

O’Donnell: You know there are people saying they just don’t buy that --that no one in the NFL has seen this tape.

Goodell: Well, that’s a fact. And I think it’s a fact because the criminal justice system and law enforcement were following the laws and doing what they needed to do to make sure that they followed the criminal activity. This is an ongoing criminal investigation. And I think they were doing what they do. We are cooperative, we are supportive, we will ask for any pertinent information that we can have access to. But we can’t force them to provide any information.

O’Donnell: How is it that the NFL couldn’t get their hands on the second tape, but a website called TMZ could?

Goodell: Well, I don’t know how TMZ or any other website gets their information. We are particularly reliant on law enforcement. That’s the most reliable. It’s the most credible. And we don’t seek to get that information from sources that are not credible.

O’Donnell: Do you wish you had seen this videotape before it was released by TMZ?

Goodell: That’s why we asked for it on several occasions. Because when we make a decision we want to have all the information that’s available. And obviously that was the -- that when we met with Ray Rice and his representatives, it was ambiguous about what actually happened.

O’Donnell: But what was ambiguous about her laying unconscious on the floor being dragged out by her feet?

Goodell: There was nothing ambiguous about that. That was the result that we saw. We did not know what led up to that. We did not know the details of that. We asked for that on several occasions. It was unacceptable in and of itself what we saw on the first tape. And that’s why we took action, albeit insufficient action. And we acknowledge that, we took responsibility for that -- I did personally -- and I take responsibility for that now. But what we saw yesterday was extremely clear and graphic and was absolutely necessary for us to take the action we did.

O’Donnell: But what changed? I mean, on the first tape she was lying unconscious on the ground, being dragged out by her feet. Did you really need to see a videotape of Ray Rice punching her in the face to make this decision?

Goodell: No. We certainly didn’t. And I will tell you that what we saw on the first videotape was troubling to us in and of itself. And that’s why we took the action we took. As I’ve said before, we didn’t feel that was sufficient, we didn’t get that right. But what we saw yesterday was extremely clear, it was extremely graphic, and it was sickening.

O’Donnell: The question becomes did the NFL drop the ball? Or was the NFL willfully ignorant about what was on this tape?

Goodell: Well, we certainly didn’t know what was on the tape. But we have been very open and honest. And I have also -- from two weeks ago when I acknowledged that we didn’t get this right. That’s my responsibility. And I’m accountable for that.

O’Donnell: What does that mean that he was suspended indefinitely? Does that mean Ray Rice will never play in the NFL again?

Goodell: I don’t rule that out. But he would have to make sure that we are fully confident that he is addressing this issue. Clearly, he has paid a price for the actions that he’s already taken.

O’Donnell: So under what circumstances do you see that you would lift Ray Rice’s suspension?

Goodell: I haven’t thought about that because right now, I think the focus is he’s got a lot of work to do, the family has a lot of work to do. We’re going to obviously provide whatever resources we can to help them work through that. At the same time, we’re going to continue to try to implement our policies and our, our revised education and training so that we can get to people and help people and their families make the wiser decision - and know they have resources available.

O’Donnell: But Commissioner, this problem seems bigger than just Ray Rice. I don’t have to tell you. I mean, there have been a number of recent high-profile cases of NFL players accused of domestic violence. Does the NFL have a domestic violence problem?

Goodell: What we have is young men that are going to be unfortunately involved in this if we don’t provide the right resources. One case is too many. One. What we have to do is go back and say, “If we have one case, that’s something we’ve got to address. If we have multiple cases, we have to change our training and our education to try and eliminate that issue.”

O’Donnell: But is domestic violence more widespread than in the general public? Do you look at the NFL and say, “I’m the commissioner. We’ve got a problem.”

Goodell: Absolutely. We’re saying we have a problem. We have one incident, that’s a problem. And what we want do is by the policy that we implemented two weeks ago and say, “We haven’t done this right.” We have had lots of conversations, lots of listening and learning right here in this room with experts not just in the last two weeks or three weeks or month, but over the last couple of years to say, “How can we deal with this issue better? How can we prevent the cases from happening? And when they do happen, how can we send the right message to say, ‘this is unacceptable’?”

O’Donnell: Do you feel like your job is on the line?

Goodell: No, I’m used to criticism. I’m used to that. Every day, I have to earn my stripes. Every day, I have to, to do a better job. And that’s my responsibility to the game, to the NFL, and to what I see as society. People expect a lot from the NFL. We accept that. We embrace that. That’s our opportunity to make a difference not just in the NFL, but in society in general. We have that ability. We have that influence. And we have to do that. And every day, that’s what we’re going to strive to do.

Wife of Navy officer sentenced in Japan talks
Thanks for reading CBS NEWS.
Create your free account or log in
for more features.
View CBS News In
CBS News App Open
Chrome Safari Continue
Be the first to know
Get browser notifications for breaking news, live events, and exclusive reporting.