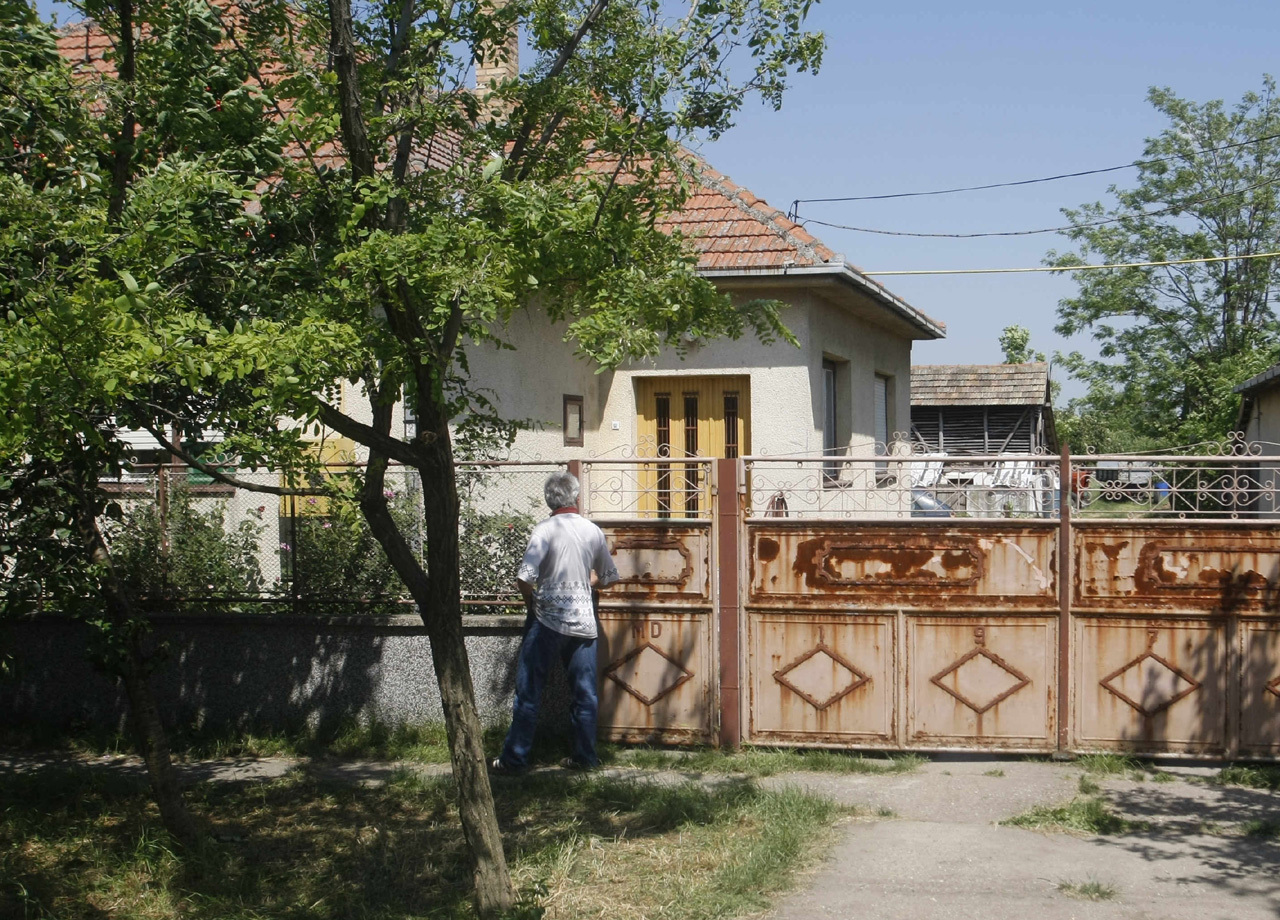 BELGRADE, Serbia Ratko Mladic was captured in a routine raid as he headed out to his garden for a pre-dawn walk, three Serbian police officials told The Associated Press on Friday.

The officials said they had no specific intelligence indicating that Mladic was in the house, which belonged to a relative, before they burst into four houses in the village of Lazarevo simultaneously.

Police had not previously raided the village, but have been conducting similar operations throughout Serbia for years in the hunt for Mladic.

They said Mladic identified himself immediately Thursday morning, speaking in a whisper, and was carrying two pistols that he handed over to police.

The officials spoke on condition of anonymity because of the sensitivity of the information.

Mladic was taken to a jail cell at Serbia's war-crimes court where, a judicial official told the AP, he was given strawberries Friday after requesting them along with Leo Tolstoy novels and a television set. It wasn't immediately clear if he'd also been given the books and TV.

The judicial official who spoke on condition of anonymity because of the sensitivity of the situation said Mladic had also asked to visit the Belgrade grave of his daughter Ana, who killed herself in 1994.

The operation to arrest Mladic began around 5 a.m. Thursday with four white jeeps carrying about two dozen masked special Serbian policemen into Lazarevo, a remote northern Serbian village. Most of its 2,000 people were still asleep.

Mladic was awake inside a yellow brick house with a rusty white fence, unable to sleep because his body ached from ailments he has suffered over the 16 years he had spent on the run from justice, the officials said.

The wartime Bosnian Serb army commander, 69, was charged by a U.N. war crimes tribunal with orchestrating the massacre of 8,000 Muslim men and boys in the eastern enclave of Srebrenica — the worst carnage in Europe since World War II.

The police officials said they had learned that Mladic moved into the largely Bosnian Serb village of Lazarevo about two years ago, figuring he could be safe with his relatives there.

Mladic was about to venture into the grassy yard for some fresh air when four men in masks and black fatigues without insignia jumped over the fence and burst into the house, grabbing the frail-looking man and forcing him to the floor face down.

"Identify yourself," shouted one of the policemen. "I'm Ratko Mladic," he replied in a whisper. "Don't do something funny," the officer said demanding the two guns he was carrying. He complied, according to the three officials.

Mladic was pushed into one of the jeeps, which drove full speed out of the village toward the capital, Belgrade, with dust flying, the officials said.

A Belgrade court ruled Friday that Mladic can be extradited to a U.N. tribunal on war-crimes charges despite defense claims he is too sick to face trial.

A defense lawyer said Mladic would appeal the decision on Monday. The former fugitive could extradited within hours if that appeal is rejected. If Mladic is extradited, he will argue that he's innocent of war crimes charges, the suspect's son indicated after visiting the former fugitive in jail.

"His stand is that he's not guilty of what he's being accused of," Darko Mladic told reporters outside the Belgrade court.

The U.N. tribunal in The Hague, Netherlands is seeking to try Mladic on charges that include directing the slaughter at Srebrenica, and involvement in the relentless four-year siege of Sarajevo.

"He has a series of chronic ailments, but he's capable of following the trial," Kovacevic told reporters.

His son said Mladic suffered two strokes while on the run for 16 years, has a partially paralyzed right hand and can barely speak.

Defense lawyer Milos Saljic said Mladic "jumped from subject to subject, and spoke inconsistently," during the hearing. He said Mladic needed medical care and "should not be moved in such a state." He demanded that an "independent medical commission" examine Mladic.

Serbian war crimes prosecutors argued that the health issue appeared to be a tactic to delay Mladic's extradition, and a tribunal spokeswoman said from The Hague that it was capable of dealing with any health problems.

A police photo of Mladic showed him looking hollow-cheeked and shrunken after a decade and a half on the run, a far cry from the beefy commander accused of personally orchestrating some of the worst horrors of the Balkan wars.

The photo taken moments after his arrest in a tiny northern Serbian village shows a clean-shaven Mladic with thinning hair and wearing a navy blue baseball hat. He looks up with wide eyes, as if in surprise.

Deputy war crimes prosecutor Bruno Vekaric said that Mladic is taking a lot of medicine, but "responds very rationally to everything that is going on."

Mladic's arrest was trumpeted by the government as a victory for a country worthy of European Union membership and Western embrace.

One of the world's most-wanted fugitives, he was the top commander of the Bosnian Serb army during Bosnia's 1992-95 war, which killed more than 100,000 people and drove another 1.8 million from their homes. Thousands of Muslims and Croats were killed, tortured or driven out in a campaign to purge the region of non-Serbs.