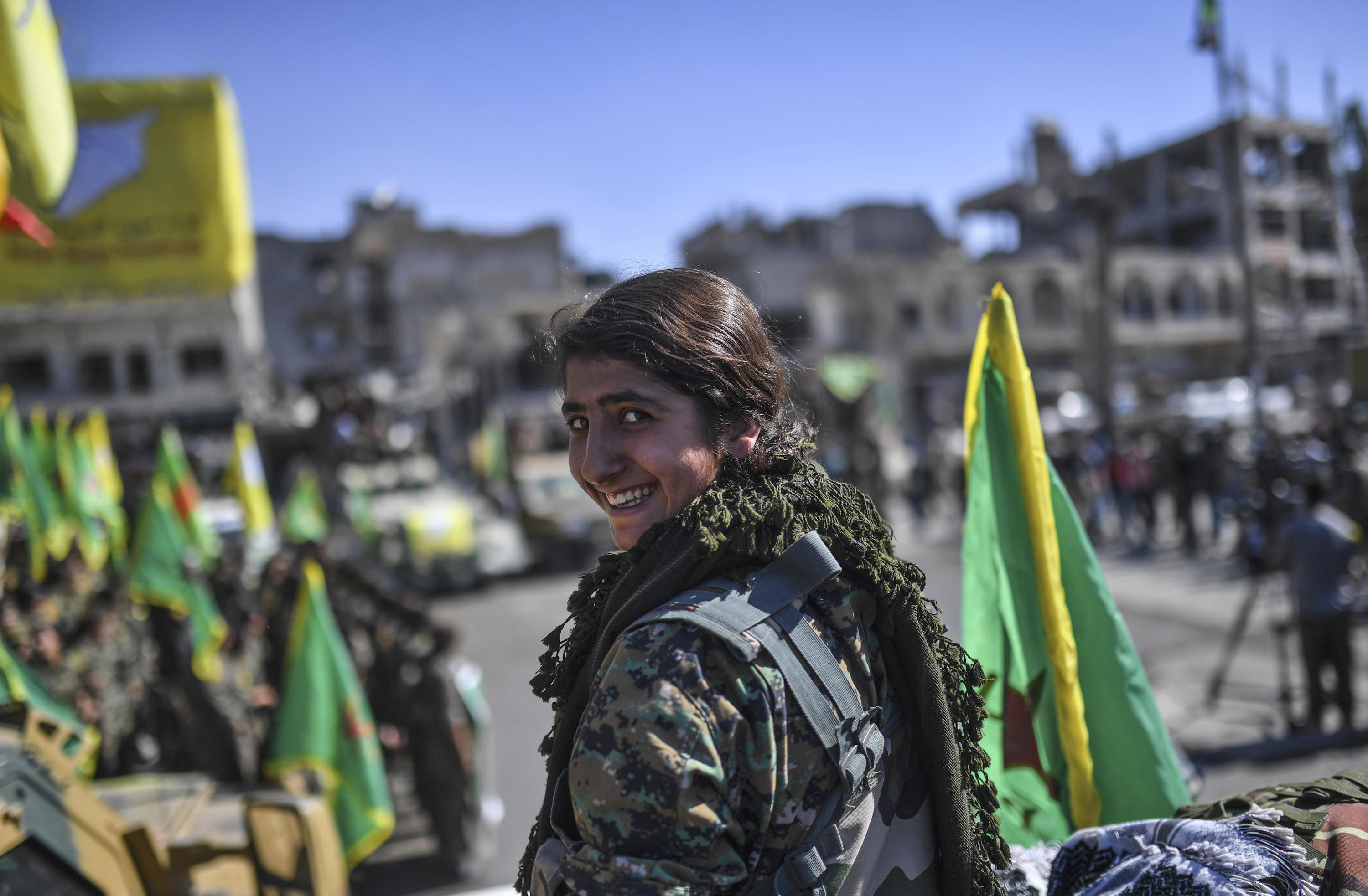 A U.S.-backed Syrian force has declared victory over (ISIS) in the group's former "capital" of Raqqa, declaring the city free of any extremist presence.

At a press conference held inside the city Friday, the Kurdish-led force known as the Syrian Democratic Forces formally handed over administration of the city in northern Syria to a council made up of local officials and tribal leaders.

"Our victory is one against terrorism," said Talal Sillo, a spokesman and senior SDF commander.

The press conference was held inside the city's sports stadium, which ISIS militants had turned into a huge prison where they incarcerated and tortured their opponents.

Sillo urged the international community and aid organizations to assist with the city's reconstruction.

SDF commanders first declared the city liberated from ISIS earlier this week. CBS News' Holly Williams was one of the first international television correspondents to go into the city as SDF fighters seized control, and she said victory in the months-long battle came at a staggering price.

On Tuesday, as Williams moved into the very center of the city with the SDF, there were still thought to be ISIS fighters holed up in buildings and tunnels in the sprawling city.

A spokesman for the U.S.-led military coalition battling ISIS said later Tuesday that there were an estimated 100 members of the militant group still in Raqqa.

Even if all the extremists were killed or captured by Friday, as the SDF claimed, Williams said earlier in the week that it could still take months before Raqqa is finally cleared of all the explosives they left behind.

Only then will Syrians somehow have to find a way to rebuild the shattered city, where there is hardly a building left unscathed.

Williams reported Tuesday morning from al-Naim Circle, in the heart of Raqqa. It used to be an ordinary traffic circle, but ISIS turned it into a place notorious for public executions, and then posted evidence of those horrific killings on the internet as propaganda.

Al-Naim Circle was taken back by the SDF forces on Monday night, and Williams watched them on the streets of Raqqa celebrating; they were in a victorious mood after a brutal four-month battle for the city.

Williams said it was a bizarre feeling to stand in al-Naim, as during the three-plus years that ISIS held Raqqa, she would almost certainly have been taken captive, and likely killed there.