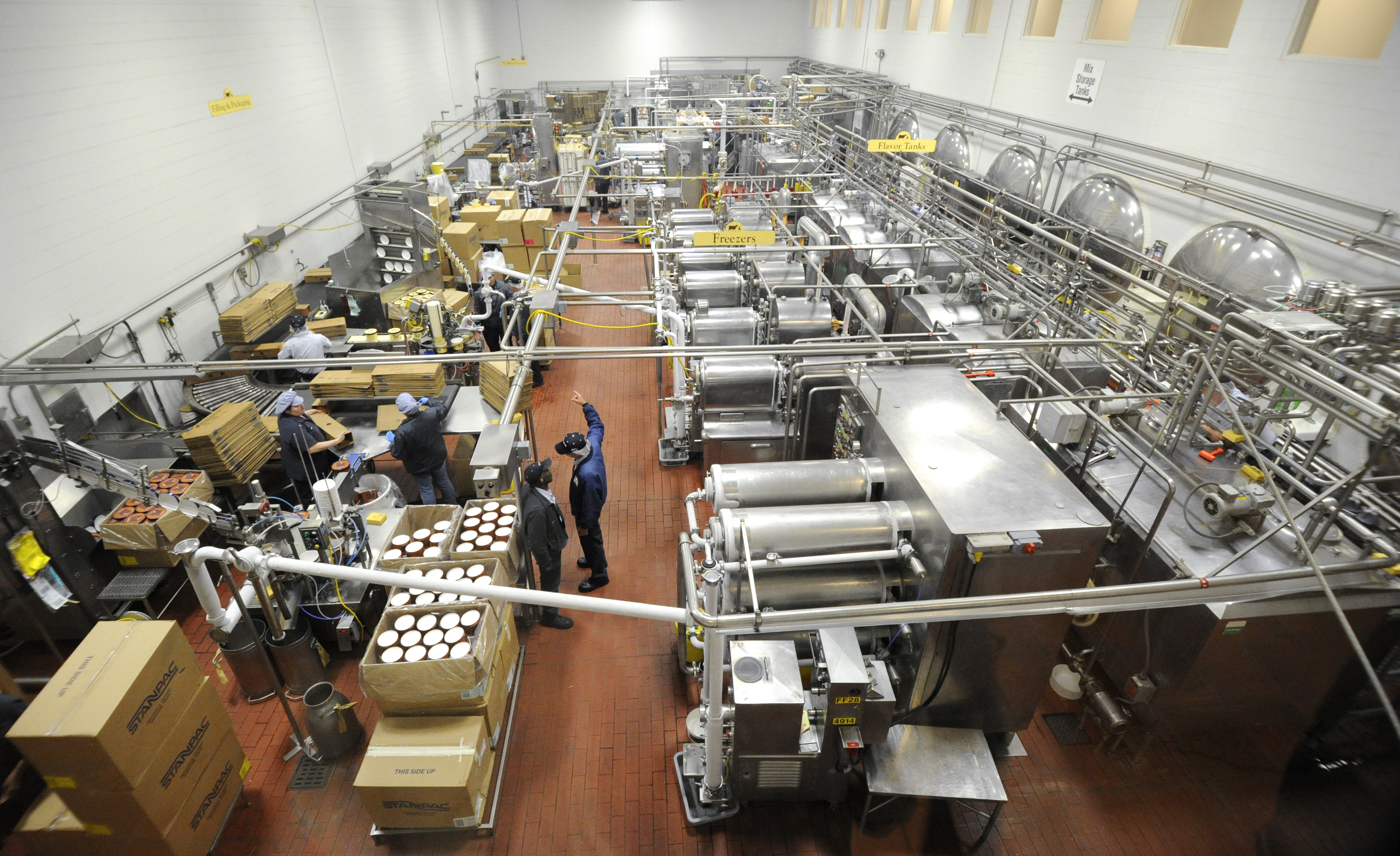 Former workers of Blue Bell Ice Cream claim management ignored complaints about dangerous conditions at their factory that was linked to a deadly listeria outbreak.

Two former production workers believe the outbreak - that made 10 people sick and killed three others - could have been avoided. But the number of fatalities may have climbed if it weren't for one "random" discovery of the deadly bacteria.

Founded over a 100 years ago, Blue Bell Ice Cream has a devoted following - it's the number-three brand in the nation, sold in 23 states.

So when it returned to shelves in August following a nationwide recall due to listeria contamination, its supporters rejoiced.

But not Terry Shultz, who worked at the Texas Blue Bell factory and says there is another side to the story.

"I think this is a story that needs to be told," said Shultz. "A lot of things were over looked and passed on in favor of volume and expansion and I think that's the part that people aren't seeing."

Shultz, who worked on one floor of the plant for seven months leading up to the shutdown, says the machines in the facility were old, and would often malfunction.

"Sometimes the machines would just go haywire, the product would run through the conveyor belt and just drop right onto the floor," Shultz said.

Shultz also detailed unsanitary conditions in the facility - ice cream pooling on the floor, creating an environment where bacteria can flourish. But when Shultz complained to supervisors, nothing was done.

"The response I got at one point was, is that all you're going to do is come here and b**** every afternoon?" said Shultz, who said the company valued production over cleanliness.

Gerald Bland, a five-year Blue Bell veteran who operated a fruit feeder in a different part of the plant, said it was "all about the money." Bland said Blue Bell saved money by reusing cardboard packaging known as "sleeves," for as long as six or seven months. These were shipped to Blue Bell distribution centers across the country, then returned to the production floor, often times worse for wear.

Water is hazardous in dairy production because it can harbor bacteria - especially on materials like cardboard that are difficult to sanitize. But Shultz and Bland say water was everywhere.

"On the wall by the three-gallon machine, if it had rained real hard and water sat on the roof, if would just trickle down," said Bland.

"The whole place would fog up to the point where you couldn't see anything in that place, it was really, really bad," said Shultz.

But remarkably, the listeria contamination was not discovered in the Texas facility production line, but in South Carolina.

Megan Davis, the microbiology division director at the South Carolina Department of Health, called the discovery "unbelievable." In January, one of her inspectors collected ten products from the break room of a local Blue Bell distribution center as part of random testing they conduct.

"One of my employees called me and she said, you're never going to believe this, I think we have a positive," said Davis.

It was listeria, a potentially deadly bacteria, that is uncommon in ice cream. So just to be sure, they went back and collected 30 more samples - all tested positive.

"A little scary that those products were going to consumers, and because we did random sampling, we found it," said Davis.

For Davis, the finding really hit home - she actually had Blue Bell products in her freezer that she had handed out at a kid's birthday party.

Blue Bell shut down the line that produced the contaminated ice cream a few weeks later after it tested positive for listeria, but in other parts of the plant, production continued for more than two months.

"Nothing changed," said Bland. "The last two weeks was when they changed wash-up procedures and they started retraining some of us. I think all the animals got out by the time they shut the door."

Blue Bell told CBS News that pending litigation prevented them from addressing the CBS report. But in a statement to CBS News, they wrote: "We are committed to ensuring we are producing a safe product through our enhanced manufacturing procedures including increased focus on sanitation and cleaning on-going evaluation from independent microbiologists' voluntary agreements with our state regulators and finally a test-and-hold procedure."

This means they cannot distribute any product they produce until a test confirms it is safe. Their flagship plant in Brenham is still closed.

On Tuesday, Blue Bell sent CBS News a statement. It reads in full: "While we do not usually comment on matters involving current or former company employees, the isolated views expressed by two former Blue Bell employees on CBS News do not reflect the experience of the vast majority of our employees, who know we take the cleanliness of our facilities and the quality of our products very seriously. Over the years, we have welcomed an average of 200,000 visitors a year to tour our Brenham plant and see our operation for themselves. Our employees, many of whom have worked with us for 20 or 30 years or more, are hardworking, dedicated individuals who are committed to producing the best ice cream possible. Our top priority and commitment is to produce high quality, safe, delicious ice cream for our customers."

Lil Nas X on the origins of "Old Town Road": "The line just comes to me"