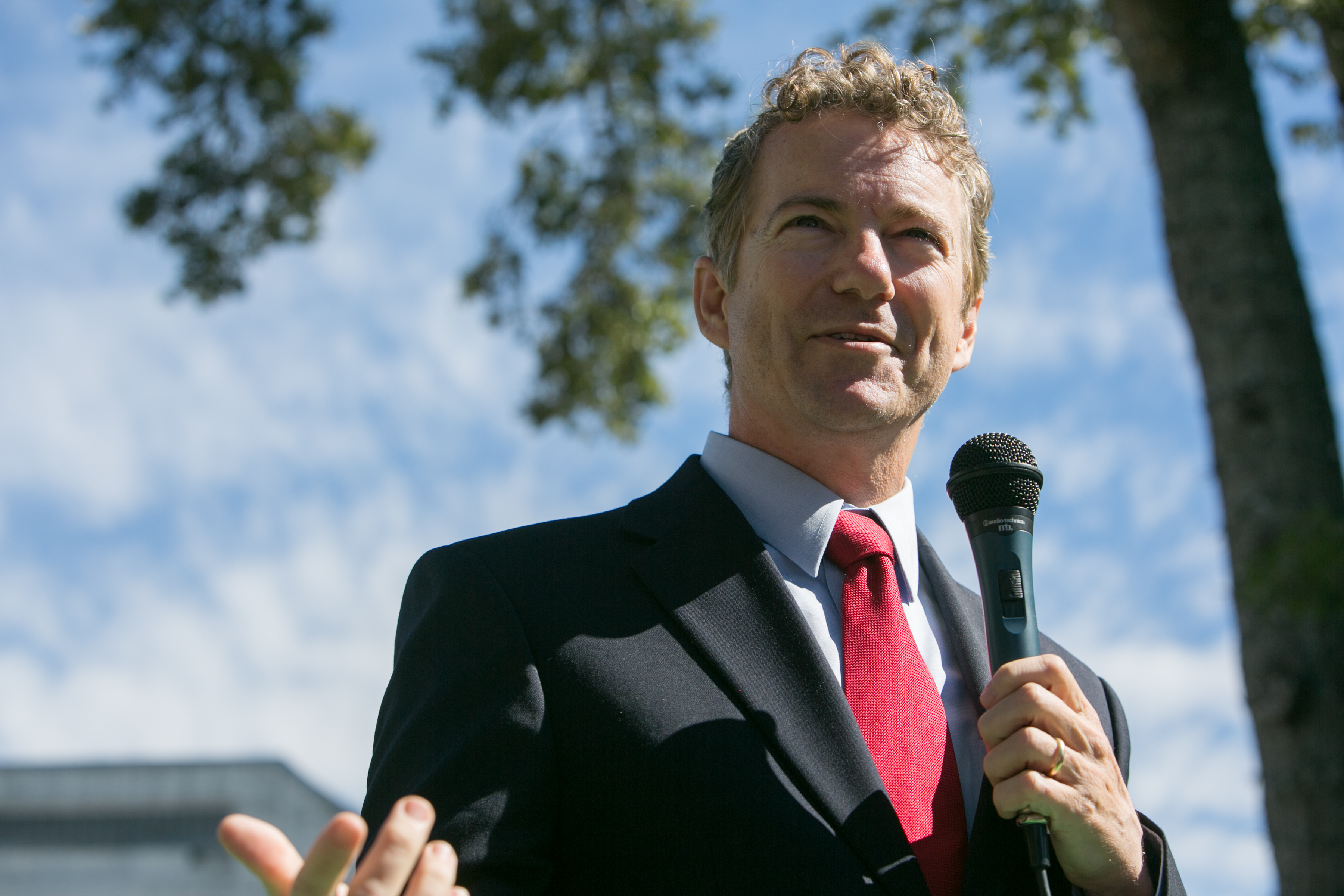 Sen. Rand Paul, R-Kentucky, likened the Republican party to Domino's Pizza Wednesday when he declared that the party's image "sucks."

"Remember Domino's Pizza? They admitted, 'Hey, our pizza crust sucks.' The Republican Party brand sucks, and so people don't want to be a Republican, and for 80 years, African-Americans have had nothing to do with Republicans," Paul said Thursday while campaigning at a Republican field office in the Sherwood Forest neighborhood of Detroit, according to The Hill newspaper.

He describes the problem as one of image, not substance.

"The problem is the perception that no one in the Republican Party cares," he said.

Paul is one of the younger generation of GOP leaders who has focused on attracting more minority voters in part, by advocating for issues close to the black community, like expanding voting rights and reforming drug sentencing laws.

He has been particularly interested in making inroads into African American communities, saying in an interview earlier this month that the Republican Party's "biggest mistake" of the last several decades was its failure to reach out to black voters.

Paul has been an active surrogate for his fellow Republicans up for reelection this year. But he's also kept an eye on the long game, criticizing former Secretary of State Hillary Clinton, a potential Democratic presidential candidate, for her remarks about job creation.