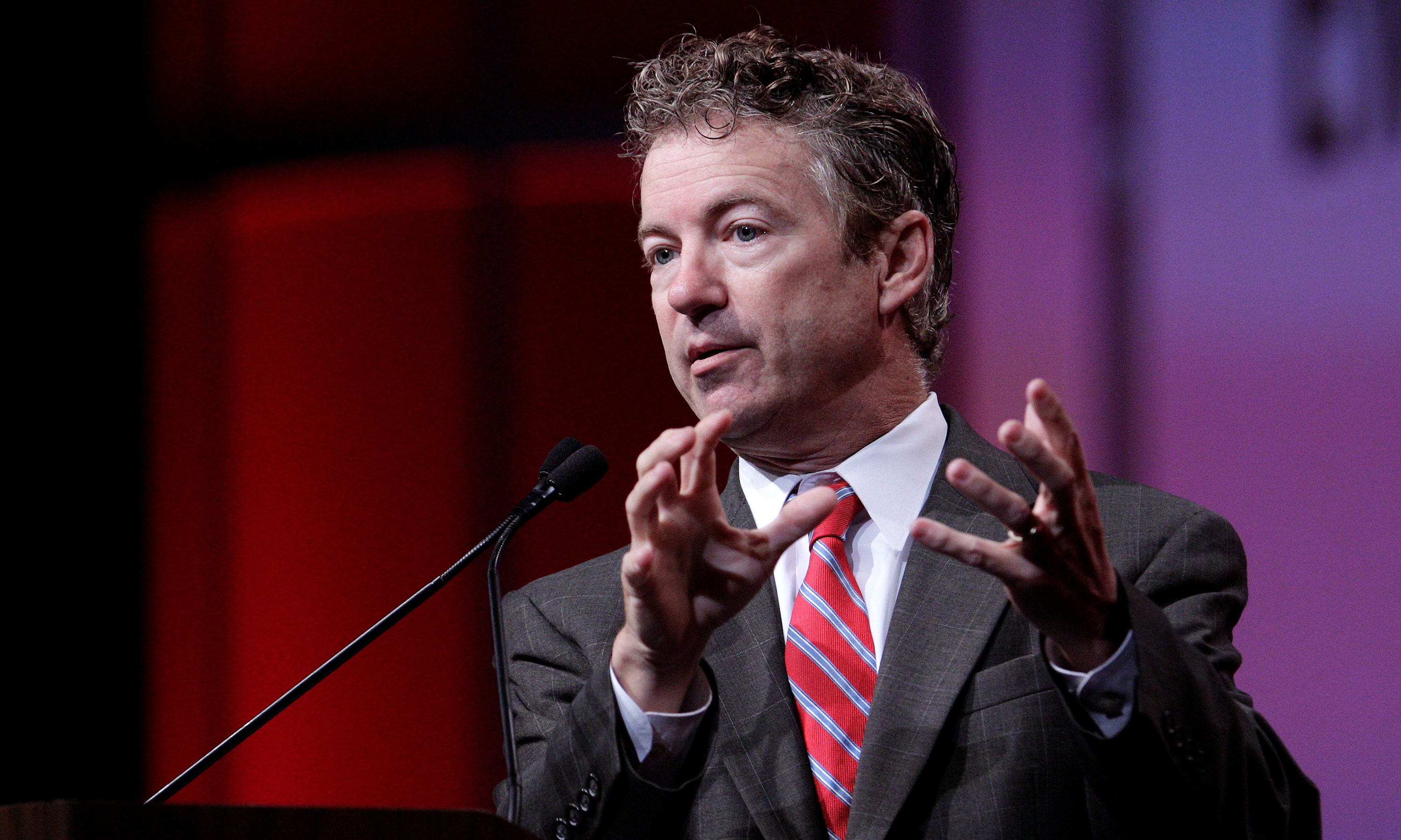 The Kentucky Republican announced he would introduce legislation on Friday that would end the federal sentencing disparities between crack and powder cocaine, part of a series of bills Paul has authored in the past two months designed to correct the racial imbalance of the nation's criminal justice system. And he continued his criticism of the federal government's domestic spying program, telling the mostly black audience that "those who have known injustice should be at the vanguard of the fight to protect all of our civil liberties."

"Whether you are a minority because of color of your skin or by virtue of your political or religious persuasion, it is imperative that we restrain the power of the majority," he said. "Dr. King's 'I have a Dream' speech inspired the world but it also prompted the FBI to tap his phone illegally and spy on tens of thousands of Americans."

Paul, a potential 2016 Republican presidential candidate, has been wooing minority voters with tough talk on reforming the nation's drug and sentencing laws. In the past two months, he has introduced bills that would downgrade some felonies to misdemeanors, eliminate mandatory minimum sentences, restore the voting rights to some convicted felons and make it easier for people to expunge their criminal records. His latest bill would give the same sentence for crack cocaine offenses and powder cocaine crimes. The majority of people arrested for crack cocaine offenses are African-Americans.

"Anyone who thinks race does not still, even if inadvertently, skew the application of criminal justice is just not paying close attention," Paul said.

That injustice, Paul said, has affected voting rights. He said 5 million people nationwide are prevented from voting because they have a criminal record, which is why he has pushed for state and federal legislation that would restore the voting rights of some convicted felons.

But Paul does support various state laws that have popped up across the country requiring voters to show a photo ID at the polls, laws that have been condemned by civil rights groups, including the National Urban League, as disenfranchising some black voters who don't have an ID and can't get one.

"If you want to come see me, you may have to show your driver's license in some venue," Paul told The Associated Press in an interview the day before his speech. "People need to look to where the problem of voting suppression is right now, and that is almost really without question most significantly coming from the criminal justice system."

Marc Morial, the National Urban League's president and CEO, said he spent about an hour with Paul on Friday and urged him to speak out against voter ID laws.

"We are going to continue to push him ... that voter ID laws are not needed, not necessary and to some extent are a solution in search of a problem," Morial said.

Morial said he thought Paul's speech was "well-received." But he said ultimately Paul's credibility with minority voters will depend on whether Paul continues to consistently push for reforms.

"He's working to build credibility. I think it takes time to build trust," he said. "We don't favor drive by politics. I want to see consistency."

Paul's pitch to minority voters has been criticized by some - including Georgia Davis Powers, Kentucky's first black state senator - as political opportunism. But Paul stressed the bipartisan nature of his reforms in his speech to the National Urban League.

"I was trained to diagnose the problem and find a solution, not worry about which party it came from," Paul said. "My hope is that each of you will work with me to find solutions that aren't hung up in partisan politics and together we might rise above a dysfunctional Congress and do what's right for the country."