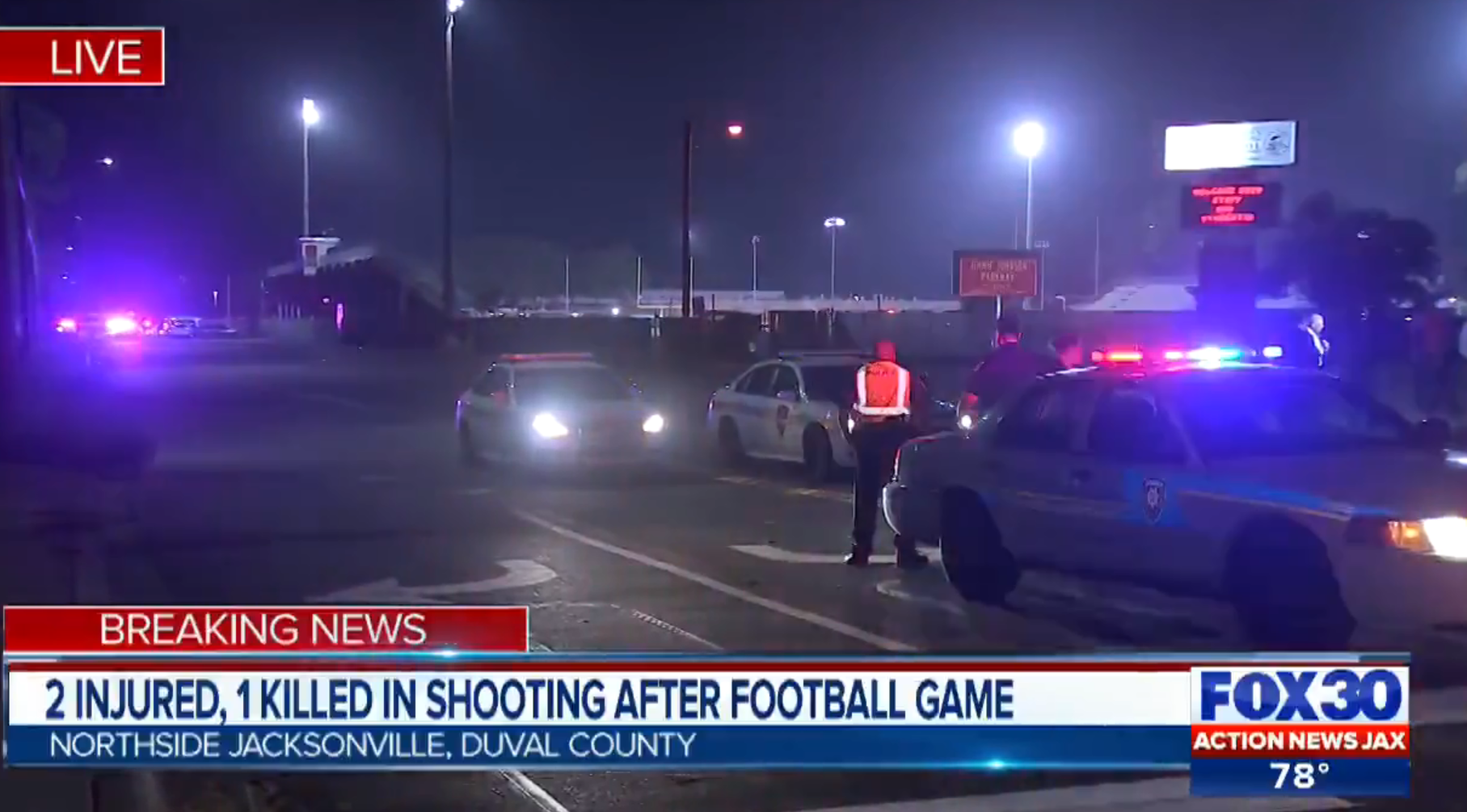 One person was killed and two others were injured in a shooting outside a football game at a Jacksonville, Florida, high school on Friday, police said. Witnesses told CBS Orlando affiliate WKMG that gunshots rang out about 15 minutes after the end of the game at Raines High School, and then the stadium was placed on lockdown.

A Duval County police officer said Friday night the suspect was still at large. The Jacksonville Sheriff's Office tweeted they are talking to witnesses.

Police have not yet released names of the victims or the suspect, CBS Jacksonville affiliate WJAX reports.

According to WKMG, at least one person could be seen being loaded into an ambulance, witnesses said.

Duval County Superintendent Diane Green said there was heavy security at the game. The two teams playing are rivals.