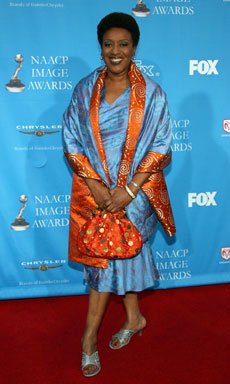 Singing in the rain since she couldn't play in it, Alexandra Stevenson didn't let a dreary day intrude on her dreamy Wimbledon debut.

Showers washed out play completely Tuesday for the first time in two years, and the 30th time in 113 years, giving Jim Courier another 24 hours to figure out how to avoid being beaten by Britain's Tim Henman.

Courier and Henman struck a few balls, none in anger, between cloudbursts, then retreated to the lounge for an afternoon of backgammon and video games - though not with each other.

Â"They didn't sit down and have dinner, but they did say hello,Â" said David Felgate, Henman's coach. Â"It's a small locker room, and there are 16 guys in it. There's no running away from each other.Â"

Henman led two sets to one, and 4-3 with Courier to serve in the fourth set of a match that began Monday and will resume, weather permitting, Wednesday.

Stevenson, an effervescent 18-year-old who is into the fourth round as a newly turned pro, showed off her singing talents for the BBC with a show tune while she waited in vain to play fellow American Lisa Raymond.

So far the only players to reach the quarterfinals are Andre Agassi and Gustavo Kuerten, who will play each other on the men's side, and defending champion Jana Novotna and Lindsay Davenport, who will meet on the women's side.

The backup in the schedule means a lot of tennis will have to be crammed into a short span the rest of the week. If the fourth round can be completed Wednesday and the weather forecast is not encouraging then the quarterfinals likely would be held for both draws on Thursday, instead of being broken up as usual over two days.

That would result in the men's and women's semifinals being held Friday, followed by the women's final Saturday and the men's final Sunday.

Toss in the doubles and mixed doubles, and the endurance of the players will be sorely tested.

Fans waited through rain for seven hours with hopes of seeing some tennis, only to be told their optimism wouldn't be rewarded. Beer and dutchees, the British version of hot dogs, were big sellers as the fans turned to the giant screen or small portable televisions to watch old matches.

There were highlights of the 5-hour, 12-minute match the longest in Wimbledon history between Pancho Gonzales and Charlie Pasarell 30 years ago. Pasarell won the first set in that pre-tiebreak era, 24-22. Gonzales won the fifth set 11-9, and that just got him into the second round.

Then they showed the women's final from the same year, a victory by Britain's Ann Jones over Billie Jean King. Both players looked as if they'd be wiped away by any of the top 50 players today.

And, on this day when fillers were needed desperately by the BBC, there was a replay of the serving duel between Pete Samprs and Goran Ivanisevic from last year's final.

Inevitably, there was talk of a retractable roof that has not, and may never, be built at the All England Club.

Technology is not the issue, even if the surface is grass. Tradition and the English patience with the weather keeps it from happening, said Paul McNamee, director of the Australian Open.

Â"But you have to think about the spectators as well in a very competitive environment,Â" said McNamee, whose Grand Slam event on hardcourts has one stadium with a retractable roof and another under construction.

Â"The easiest solution would have been to build Court 1 with a roof,Â" McNamee said, referring to the Wimbledon stadium that opened in 1997. Â"That would have guaranteed play would have gone on at all times.Â"

McNamee said he was shocked that Wimbledon faced with the demands of television could get away with washouts and not anger 30,000 to 40,000 fans who queue up, camp out, and pay dearly to see tennis.

Â"Interestingly, the public here will still sit in the rain and have a good time,Â" he said. Â"In Australia we could not get away with it.Â"

Christopher Gorringe, chief executive of the All England Club, acknowledged that the rain is tedious and frustrating for the fans and players, but he said a roof is not the answer.

Â"Putting roofs on Centre or No. 1 Court,Â" he said, Â"merely creates difficulties in other areas ... deciding which matches should be played indoors and whether those players who play indoors receive an unfair advantage over those who do not.

Â"Fans come to Wimbledon because they still want to see the world's finest tennis players in action outdoors, on grass, and across all 18 courts.Â"