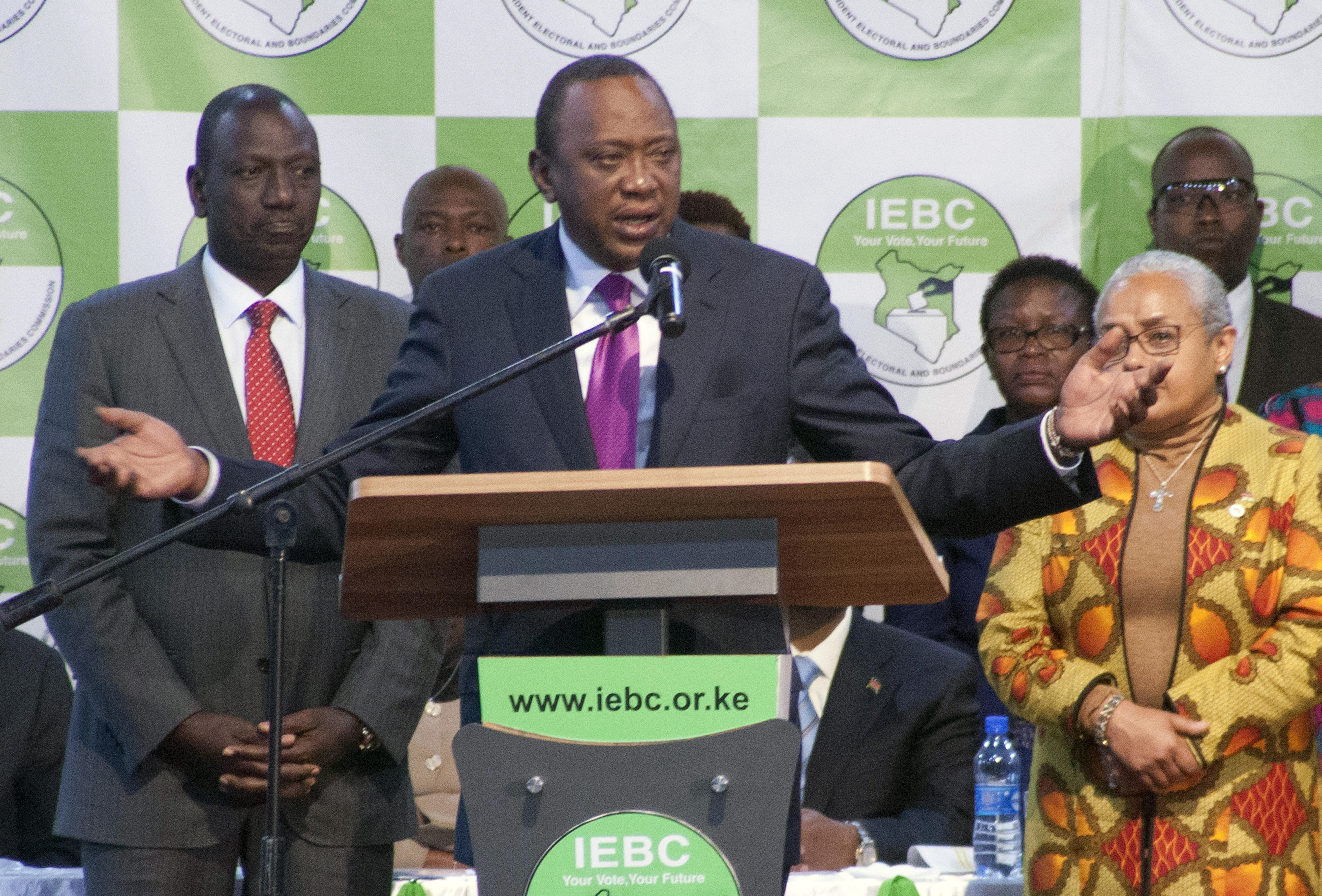 NAIROBI, Kenya -- Kenya's Supreme Court on Monday upheld President Uhuru Kenyatta's re-election in a repeat vote that the opposition boycotted while saying electoral reforms had not been made. The decision appeared to put an end to a months-long political drama never before seen in Africa that has left dozens dead.

In a unanimous decision, the court dismissed challenges by human rights activists and a politician who argued that last month's election was not conducted according to the law.

Protests began in response to the court's decision, though an opposition call for calm appeared to have effect. Anger remained. "We will not respect (Kenyatta) even after the court verdict. That was not an election and we will continue opposing him," said one resident of the opposition stronghold of Kisumu city, Wycliffe Onyango.

"There is no perfect election; there will always be errors in elections, but you cannot invalidate an election unless those errors affect the outcome," said the country's attorney general, Githu Muigai.

Opposition leader Raila Odinga, whose legal challenge led to the nullification, then boycotted the repeat election and rejected Kenyatta's overwhelming win. In some opposition strongholds, the repeat vote could not be carried out amid unrest.

"We ... had repeatedly declared before this Supreme Court ruling today that we consider this government to be illegitimate and do not recognize it. This position has not been changed by the court ruling," Odinga said.

The opposition leader said the court's decision was "taken under duress. We do not condemn the court, we sympathize with it."

He did not give details. There had been concerns about intimidation of the justices, who failed to muster a quorum to decide on a last-minute petition that sought to postpone last month's election. One justice's bodyguard was shot and seriously wounded hours before the expected judgment

Odinga is now asking for international intervention as violent protests continue. Kenya "was being pushed to the precipice," he said Sunday.

Dozens of people have been killed in clashes since the August vote. With this weekend's death toll nearly 100 people have died in the political unrest, the majority opposition demonstrators shot by police during protests.