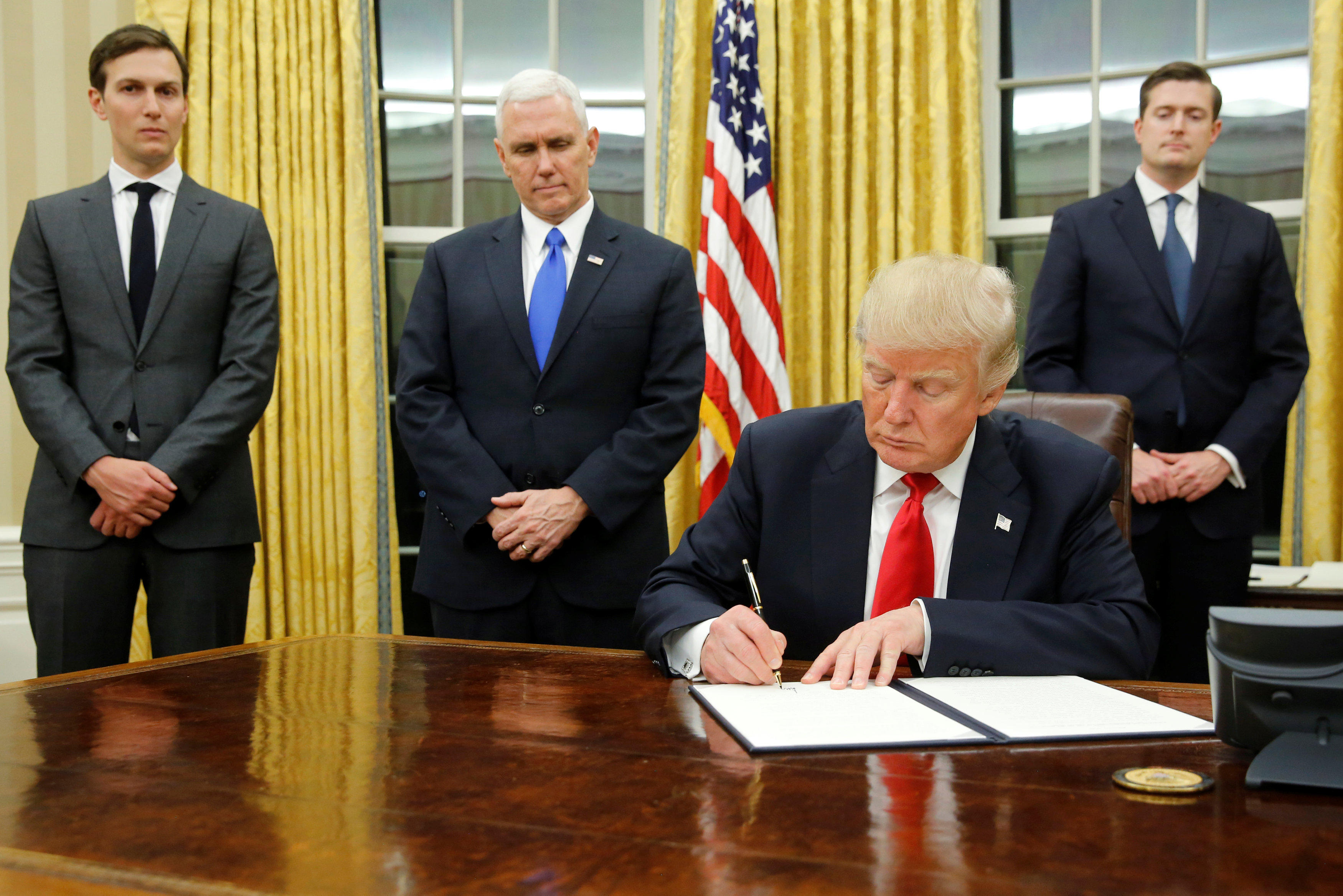 The White House confirmed the news Thursday during a press briefing, noting that Kushner was one of several officials at a high-level meeting where Mr. Trump discussed the raid prior to signing the authorization memo for the operation. Steve Bannon, the chief strategist at the White House and former Breitbart News chief, was also in attendance, as well as Vice President Mike Pence, Defense Secretary James Mattis, and others. Bannon, under a recent executive memo, was made a member of the National Security Council last week.

Thirty-six year-old Chief Petty Officer William “Ryan” Owens, a decorated member of SEAL Team 6, died in the raid, which took place in a remote area of central Yemen. There, U.S. forces targeted a compound where they hoped to capture cell phones and laptops that would lead them to other al Qaeda operatives in the Arabian Peninsula.

CBS News’ David Martin reported that it turned into a tougher than expected firefight. Armed militants, including a number of women, according to the Pentagon, took defensive positions and shot at the commandos, pinning them down. The SEALs called in an air strike. Fourteen al Qaeda operatives were killed, according to DOD, which “...concluded regrettably that civilian non-combatants were likely killed...” and the dead “...may include children.” CENTCOM called the case “especially tragic.” Three other Navy SEALS were wounded. A medevac brought in to pick them up made a hard landing, injuring three more servicemen. Because the $70 million aircraft was no longer flyable, it had to be destroyed on the ground while a second medevac came in to pick up the wounded.

The White House also provided a brief timeline of the decision-making process related to the raid, calling specific attention to the Obama administration’s preparations for the operation back in November.

According to Spicer, the first plans for the operation were filed by U.S. Central Command on Nov. 7,  and got approval by the Defense Department by Dec. 19, at which time DoD recommended that it move ahead to the National Security Council staff.

In early January, before President Trump took office, an interagency deputies’ meeting was called to discuss the plan and recommend that it move “straight up.”

“The conclusion at that time was to hold for what they call a ‘moonless night,’” Spicer said, adding that such conditions wouldn’t exist until Mr. Trump was president.

On Jan. 24, Defense Secretary Mattis read the plans and conveyed his support of the operation to the White House. The following day, Mr. Trump was briefed by National Security Adviser Michael Flynn. And on the evening of Jan. 25, the president held a dinner meeting with Kushner, Bannon, and other security and intelligence officials, “where the operation was laid out in great extent and the indication at that time was to go ahead,” Spicer said.

The president signed the memo authorizing the raid the following day.

Asked whether the White House still considered the operation a “success” despite the loss of life, Spicer defended the administration’s response.

“When you think of the loss of life throughout America and institutions and in terms of the world, in terms of what some of the individuals could have done, I think it is a successful operation by all standards,” Spicer said, referring to the terror leaders that were reportedly killed.

Spicer’s comments come after news reports that the president had signed off on the operation with insufficient knowledge behind him.