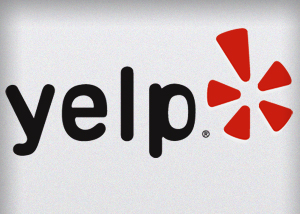 Yelp's popular online reviews guide the hungry to the best restaurants, the thirsty to the friendliest bars and the flabby to the toughest personal trainers. But, on the eve of its initial public offering, the eight-year-old, still unprofitable company has yet to convince analysts of its long-term prospects.

San Francisco-based Yelp Inc. is expected to price its initial public offering of stock as early as Thursday evening. The company said last month it expects the stock to price between $12 and $14 per share. At the high end of the range, Yelp's offering could raise as much as $115 million before expenses. If the stock prices at $14, Yelp will be worth $778 million.

Yelp looking for $12 to $14 per share in IPO
Facebook: Strong growth but not compelling
Zynga earnings tumble on soaring costs

That's a lot for a company that hasn't turned a profit since its 2004 founding. Rick Summer, an analyst at Morningstar, says that while Yelp is at "the head of the pack" compared to other review sites, he's concerned that businesses "may not see enough value in (Yelp's) advertising platform to increase spending and justify the expected price of this IPO."

Though it's best known for restaurant reviews, Yelp's users have reviewed churches, strip clubs, hospitals, hotels and high schools. The company makes money from advertising. Most of the ads come from the local businesses that its users review. In 2011, it booked revenue of $83.3 million, up 74 percent from 2010. It had a net income loss of $16.7 million last year and $9.6 million the year before.

Like so many startups, Yelp originated as a solution to a problem. Jeremy Stoppelman co-founded Yelp with former PayPal colleague Russel Simmons. Stoppelman, who serves as the company's CEO, wrote about the Yelp's beginnings in an op-ed printed in the San Francisco Chronicle in January 2009:

"One day in the summer of 2004, I got sick and needed to see a doctor. I asked friends for referrals, but most of them were Bay Area transplants and didn't have any good recommendations. I searched on Google, but found only generic lists on health insurance Web sites. I wanted a doctor that fit my needs, not just any doctor," Stoppelman wrote. "I wondered why it was so easy to find consumer reviews for products like books and electronics, but so hard to find good referrals for local service providers like doctors and plumbers."

That's where Yelp came in. By 2009, Yelp had grown to 17 million monthly users and 4.5 million reviews. It has expanded overseas, to the U.K., Ireland, France, Germany and beyond.

Yelp.com attracts 66 million monthly unique visitors and is home to 25 million reviews as of the end of 2011, according to its regulatory filings. People used the company's mobile application, meanwhile, on 5.7 million mobile devices a month, on average. That's an impressive run, but Summer is worried that Google and Facebook "could grab more of the local advertising pie" and take business away from Yelp, constraining the company's potential growth and profitability.

Foursquare is also edging in on Yelp's territory. The New York-based company best known for letting users check in to venues using their mobile phones, offers local recommendations and user tips on what to eat or do once you've checked in to a restaurant, store or other business.

Even so, Yelp's stock will likely see a big jump on its first trading day, as investors who didn't get in at the pricing clamor to grab a share. That's what happened with LinkedIn Corp., the consumer reviews site Angie's List Inc. and others. Online deals company Groupon Inc. saw its stock jump 31 percent on its first trading day. On Thursday, though, Groupon's stock was trading slightly below its IPO price of $20.

Francis Gaskins, president of IPOdesktop.com, expects Yelp's IPO to price above the expected range and thinks "there will be a lot of happy users who don't know valuation metrics" who will buy the stock on its first trading day. Even so, Gaskins says he's a "little bit skeptical" about Yelp's long-term prospects.

"Sooner or later people will be wanting them to make money," he said. "They won't go away, it's not like the dot-com bust. (But) at some point in time, people are going to get tired of them losing money all the time."

Yelp's users are its bread and butter. They're the ones who write the reviews, see the ads and hopefully click on them. To ensure that they trust the site - and keep using it - Yelp has kept a sturdy wall between its advertisements and reviews. Businesses can't run ads to boost their ratings and ads are clearly marked. Still, Yelp has elicited complaints from businesses about the way it screens out fake or biased reviews. The company uses an automated program to weed out unreliable posts, such as those written by business owners about their own restaurants - or a competitor's. Some merchants have complained that the program made legitimate reviews disappear. In 2010, Yelp responded by adding an option to let users see reviews that are filtered out.

That said, most user reviews are positive. As of August 2011, 38 percent of the reviews on Yelp were five stars, the highest possible rating, and just 11 percent were one-star reviews. On Friday, investors will get a chance to give their own ratings on the company's business.

Life as a public company will be a change of pace for Yelp. Its new status will invite scrutiny from investors, regulators and the public. The challenge will be to keep it all in perspective.

"Some companies feel that there is a lot of short-term focus," once they have gone public, said Gordon Tucker, the managing director of Protiviti, a company that helps businesses go public. "The companies that are successful are able to keep the long-term focus in mind."