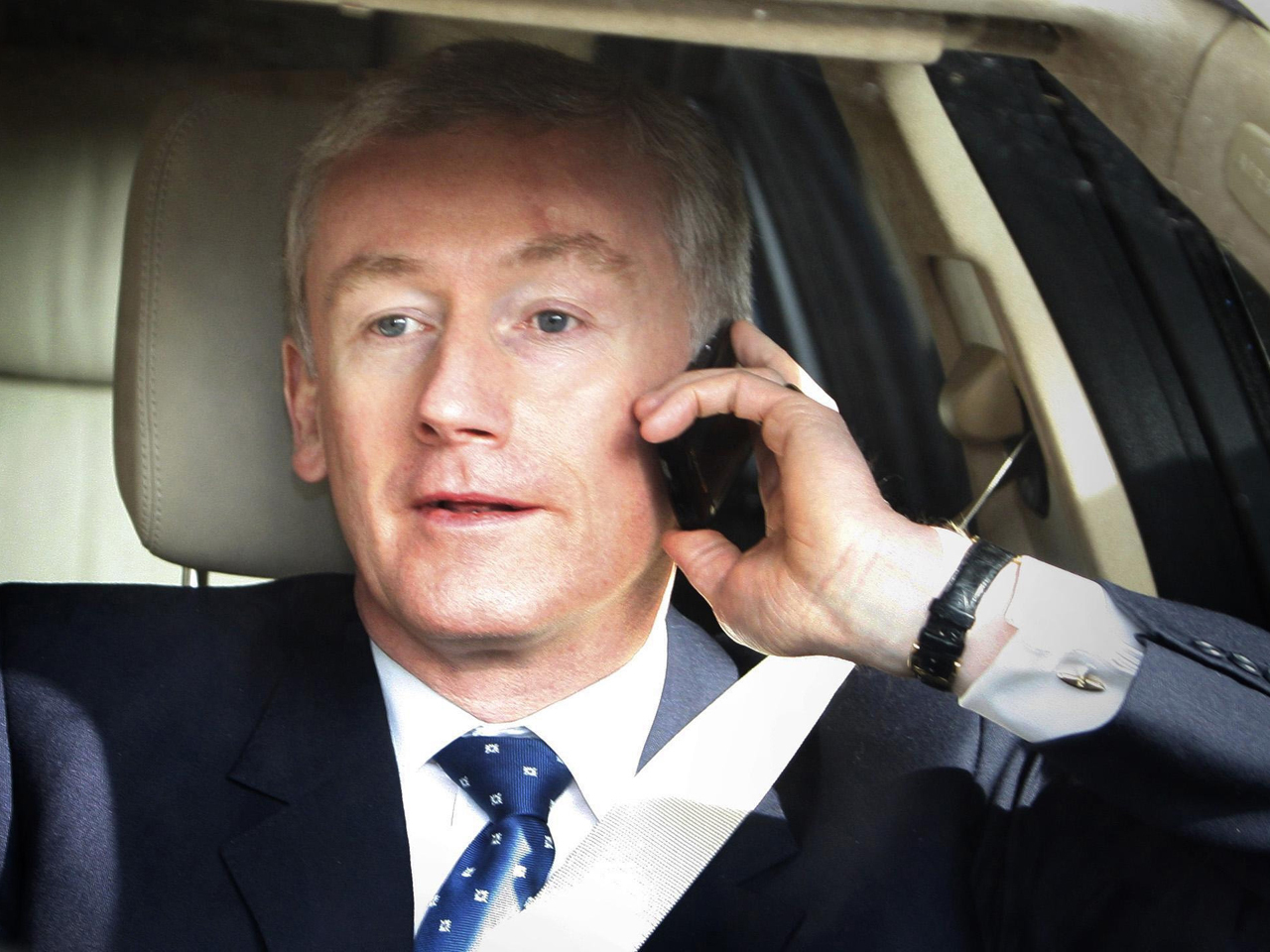 LONDON - Former Royal Bank of Scotland chief Fred Goodwin, who led the bank to near-collapse and walked away with a fat pension, has been stripped of his knighthood, the British government said Tuesday.

Queen Elizabeth II "canceled and annulled" the knighthood on the advice of the government because Goodwin had brought the honors system into disrepute, the Cabinet Office said.

Revoking knighthoods is rare, but the government said "the scale and severity of the impact of his actions as CEO of RBS made this an exceptional case."

"I think we've got a special case here of the Royal Bank of Scotland symbolizing everything that went wrong in the British economy over the last decade," Treasury chief George Osborne said. "Fred Goodwin was in charge, and I think it's appropriate that he loses his knighthood."

Since he left RBS in 2008 with a multimillion-dollar pension as the bank was foundering, Goodwin has become, in the view of many Britons, a high-profile public villain of the financial crisis.

Goodwin built the Royal Bank of Scotland into one of the world's largest banks and was knighted in 2004 for services to banking. But he led the bank to disaster four years later with a takeover of the Dutch bank ABN Amro, paying a high price just as the credit crisis was starting to bite.

Goodwin resigned in October 2008 as the bank was failing, provoking the public's ire by leaving with 16 million pounds ($25 million) in pension benefits.

The British government spent 45 billion pounds bailing out and nationalizing RBS, and taxpayers now own an 82 percent stake.

A report on RBS published last year by the Financial Services Authority blamed the RBS debacle on bad decisions, rather than dishonesty or any violation of regulations.

The government said that under the circumstances, "the retention of a Knighthood for 'services to banking' could not be sustained."

Prime Minister David Cameron welcomed the move and called it "the right decision."

"The FSA report into what went wrong at RBS made clear where the failures lay and who was responsible," he said in a statement.

The queen removed Goodwin's title on the advice of the Forfeiture Committee, which usually acts only against people sentenced to more than three months in prison for a criminal offense, or who have lost their professional license or been censured by a regulatory or professional body.

RBS declined Tuesday to comment on the decision to annul its former chief's knighthood. Goodwin was not immediately reachable for comment.

Goodwin, 53, is likely to retain his other title - "Fred the Shred," a tribute to his aggressive cost-cutting while expanding RBS.

Public and political pressure has been mounting on the current executives of the bank to renounce hefty bonuses they were awarded at a time when many Britons face painful spending cuts and tax hikes.