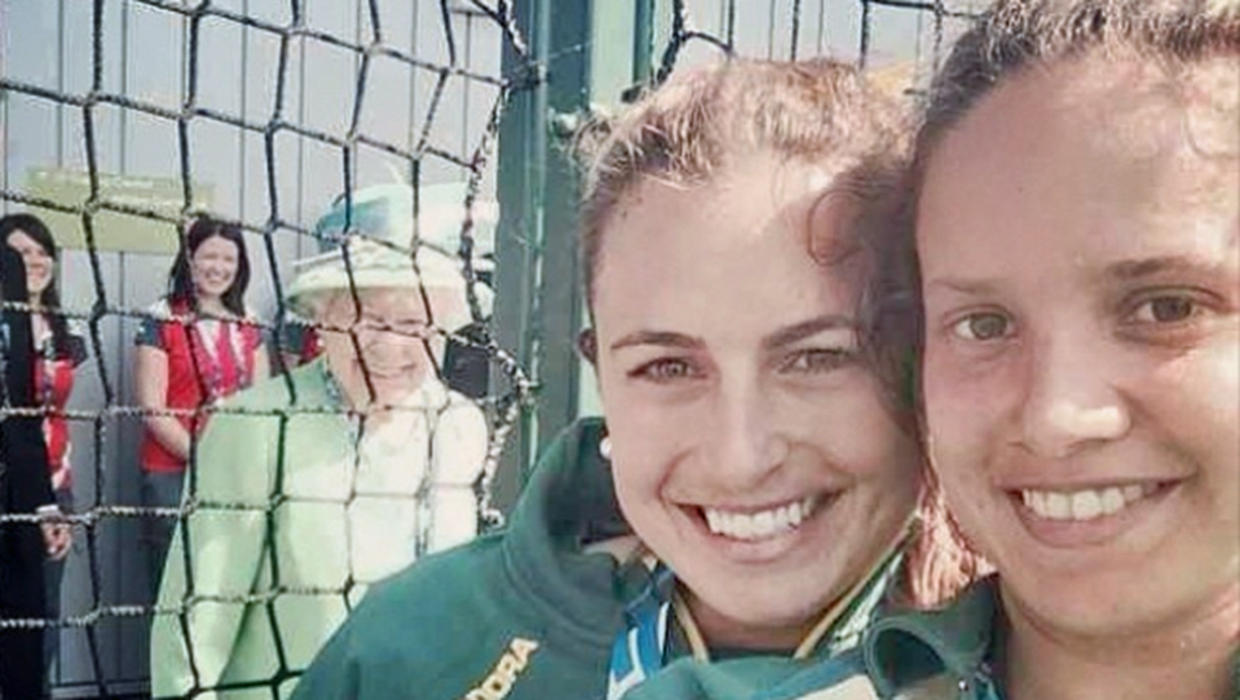 It's the photobomb to end all photobombs.

Queen Elizabeth II was recently spotted in the background of several selfies taken by members of the Australian girls hockey team, the Hockeyroos.

The team had been competing at this year's Commonwealth Games in Glasgow, Scotland, (where they beat Malaysia 4-0.) Players Jayde Taylor and Anna Flanagan posted images to social media Thursday with the Queen of England spotted looking on just behind them.

British hurdler Andy Turner also shared this snapshot on Twitter, again with the Queen in the background. As in the Hockeyroos photos, the royal can be seen sporting a rare public smile.

"This is as good as it gets," Turner wrote.

In addition to the Commonwealth Games, the monarch was also recently spotted on the "Game of Thrones" set, proving that even at 88, she's still keeping up with the latest trends.

As Prince Harry's book hits shelves, what do the Brits make of it?
More
Ken Lombardi