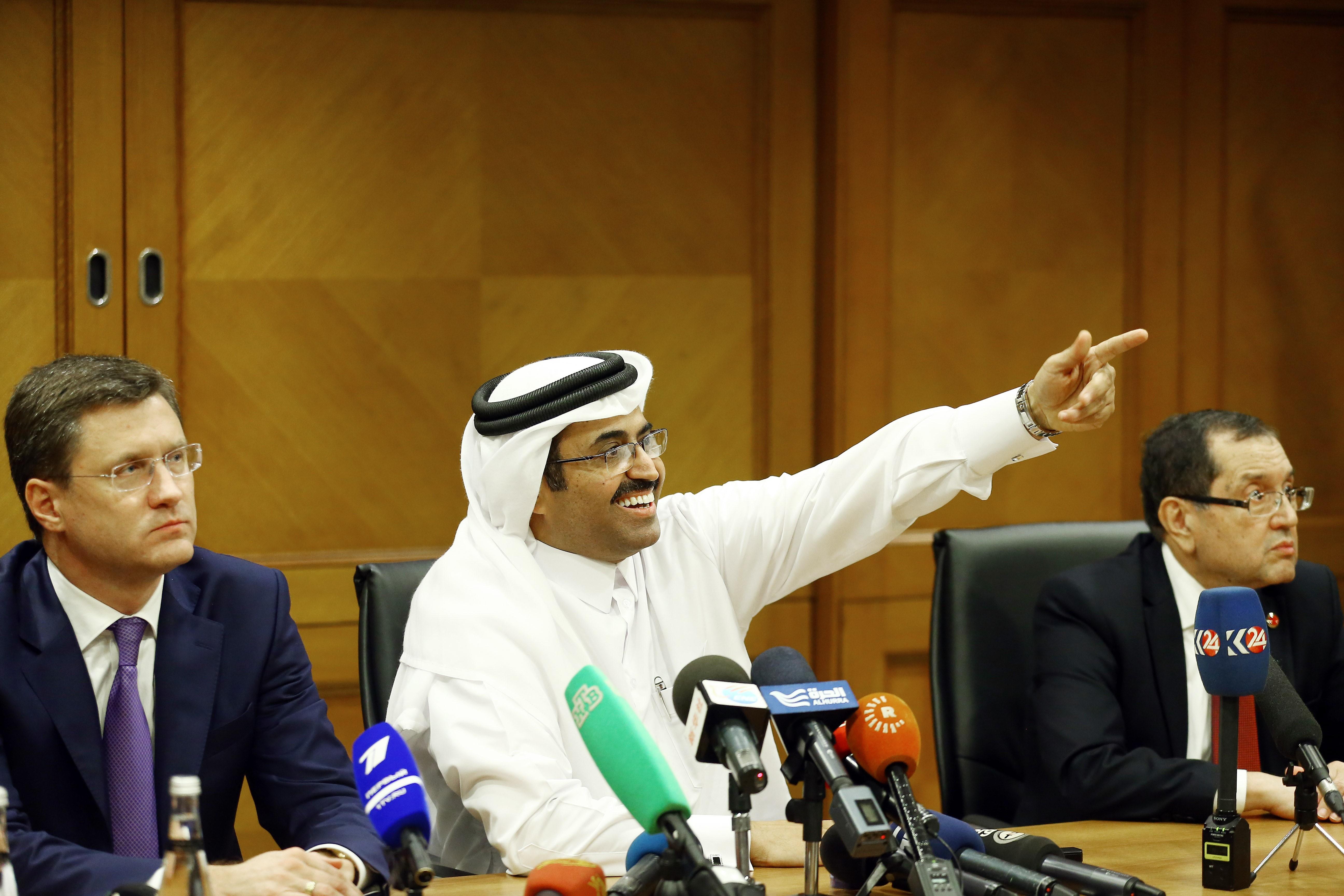 DUBAI, United Arab Emirates -- The tiny, energy-rich Arab nation of Qatar announced on Monday it would withdraw from OPEC, mixing its aspirations to increase production outside of the cartel's constraints with the politics of slighting the Saudi-dominated group amid the kingdom's boycott of Doha.

The surprise announcement from Qatar's minister of state for energy affairs, Saad Sherida al-Kaabi, again throws into question the role of the cartel after needing non-members to push through a production cut in 2016 after prices crashed below $30 a barrel.

It also marks the first time a Mideast nation has left the cartel since its founding in 1960.

In a statement, al-Kaabi said Qatar, the world's largest exporter of liquified natural gas, planned to increase its exports from 77 million tons of gas per year to 110 million tons. He also said Qatar wants to raise its oil production from 4.8 million barrels of oil equivalent a day to 6.5 million barrels.

"In light of such efforts and plans, and in our pursuit to strengthen Qatar's position as a reliable and trustworthy energy supplier across the globe, we had to take steps to review Qatar's role and contributions on the international energy scene," al-Kaabi said in a statement.

There was no immediate comment from Vienna-based OPEC, which is to meet this month and discuss possible production cuts.

Qatar, a country of 2.6 million people where citizens make up only about 10 percent of the population, discovered the offshore North Field in 1971, the same year it became independent.

It took years for engineers to discover the field's vast reserves, which shot Qatar to No. 3 in world rankings, behind Russia and Iran, with which it shares the North Field. It's also made the country fantastically wealthy, sparking its successful bid for the 2022 FIFA World Cup.

Qatar's wealth also has seen it take on a larger importance in international politics. Its political stances have drawn the ire of its neighbors, particularly Saudi Arabia, OPEC's largest exporter.

How it came to this: The blockade

In June 2017, Bahrain, Egypt, Saudi Arabia and the United Arab Emirates began a boycott of Qatar in a political dispute that continues to this day.

Qatar has long been the non-conformist of the region, an upstart that often refuses to go along with Saudi Arabia and the United Arab Emirates. In the mid-nineties, Qatar started the satellite news channel Al Jazeera, which has been a major irritant to autocratic regimes across the Arab world, but as "60 Minutes" reported last year, the list of complaints from Qatar's neighbors goes deeper.

Asked by "60 Minutes" about his neighbors' accusations that Qatar supports terrorism, in the form of backing for the Muslim Brotherhood group, and relations with Iran, Qatari Emir, Sheikh Tamim bin Hamad Al Thani, refuted the allegations and said his nation was being singled out for it's progressive and independent stance.

"Iran is our neighbour," Sheikh Tamim said. "And by the way, us as a country, we have lots of differences and foreign policies with Iran, more than them. But let me tell you one thing Charlie; When those countries, our brothers, blocked everything. Blocked medicine, blocked food, the only way for us to provide food and medicine for our people was through Iran. And when they talk about terrorism, absolutely not. We do not support terrorism.

In July 2017, after a year of talks, Qatar finalized an agreement with the U.S. to combat terrorism financing.

But that didn't sway the blockading countries. Saudi Arabia and the other blockade enforcers demanded that Qatar shut down Al Jazeera and pledge not to support Islamist groups.

"Our sovereignty is a red line," Sheikh Tamim said. "We don't accept anybody interfering our sovereignty. When you tell me to close a channel like Al Jazeera, history will write one day in 50, 60 or 70 years how it changed the whole idea of free speech in the region."

"They don't like our independence, the way how we are thinking, our vision for the region," the Sheikh told CBS New. We want freedom of speech for the people of the region. And they're not happy with that."