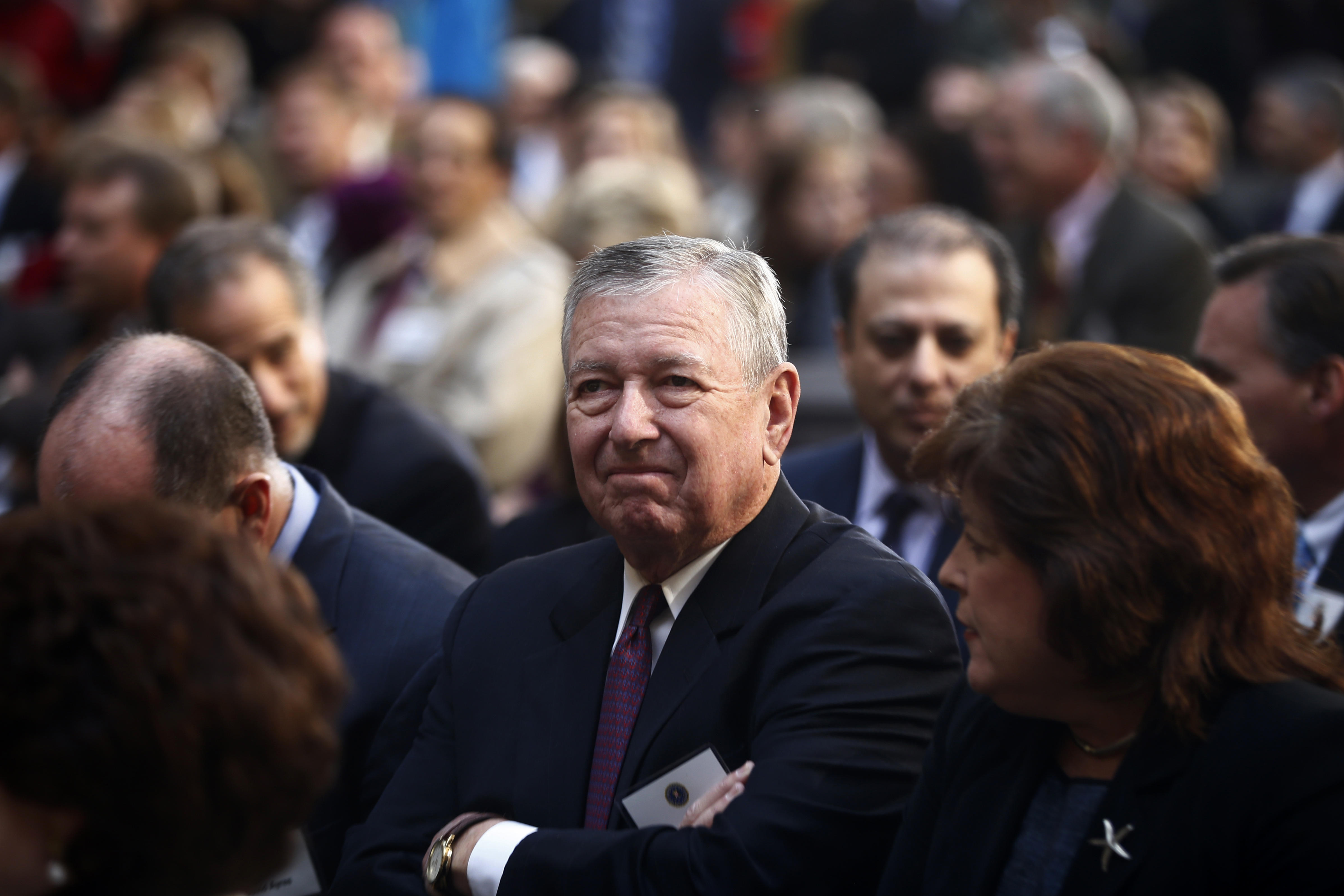 DUBAI, United Arab Emirates -- Qatar has paid $2.5 million to the law firm of a former attorney general under President George W. Bush to audit its efforts at stopping terrorism funding, a matter at the heart of the Gulf diplomatic crisis that erupted last week.

John Ashcroft personally will lead his Washington-based firm's efforts "to evaluate, verify and as necessary, strengthen the client's anti-money laundering and counterterrorism financing" compliance and potentially lobby lawmakers and the media, according to documents filed to the U.S. Justice Department.

Qatar hiring Ashcroft, who was attorney general during the Sept. 11 attacks and then helped push through the Patriot Act, appeared aimed at appeasing Washington as several Gulf nations try to isolate it. Officials in Qatar, home to a major U.S. military base, and Ashcroft's firm did not immediately respond to a request for comment.

Saudi Arabia, Bahrain, Egypt and the United Arab Emirates severed diplomatic ties with Qatar, the host of the 2022 FIFA World Cup, and cut off land, sea and air routes to the tiny peninsular nation that relies on food imports. Its long-haul carrier Qatar Airways has also been impacted.

At the heart of the dispute are the long-standing allegations linking Qatar to regional Islamist and militant groups. Qatar denies supporting terrorist organizations, but Western officials have regularly accused Qatar's government of allowing or even encouraging the funding of some Sunni extremists. Qatar also has hosted a leader of Hamas, the militant Islamic group ruling the Gaza Strip, as well as members of the Muslim Brotherhood, a Sunni Islamist group that Gulf nations consider a threat to their hereditary rule.

The Trump administration is supporting many of Saudi Arabia's demands that Qatar drop all connections with -- and alleged financing of -- the Muslim Brotherhood both inside its borders and in other countries, including Jordan, CBS News' Margaret Brennan reports.

The Ashcroft Law Firm filed the paperwork with the Justice Department's National Security Division on Friday. Such reports are required by the Foreign Agents Registration Act, first put in place over concerns about Nazi propagandists operating in the U.S. ahead of World War II.

The filed reports show Ashcroft's firm "may engage in outreach efforts to U.S. government officials and/or communicate with the media" regarding its findings.

"The firm understands the urgency of this matter and the need to communicate accurate information to both a broad constituency and certain domestic agencies and leaders," a contract between Qatar and Ashcroft's firm reads.

The contract filed by Ashcroft's firm was signed by Ahmad al-Hammadi, the secretary-general of Qatar's Foreign Ministry.

The lump sum up front of $2.5 million is also rare for such lobbying efforts, likely signaling the urgency Qatar felt in getting its message heard in Washington. While U.S. Secretary of State Rex Tillerson has urged Gulf nations not to escalate the crisis, President Trump repeatedly has criticized Qatar over its alleged support of militants.

Hiring U.S. firms to lobby American lawmakers is nothing new for the oil-and-gas-rich Gulf. Saudi Arabia in particular has multiple firms representing its interests in the U.S. A recent Saudi-led effort to send American military veterans to lobby Congress proved controversial when some said they were unaware the kingdom paid for their trips to Washington.

Qatar also has hired lobbyists and foreign agents in the U.S. Most recently, a ruling family member paid $2 million to a Greek shoe salesman to free kidnapped relatives in Iraq in an effort involving hackers, encrypted internet communication and promises of millions of dollars in ransom payments.

That ransom payment, believed to have gone to Shiite militias holding the Qataris in Iraq, has sparked anger among those now trying to isolate it. Egypt has asked the United Nations Security Council to investigate reports that Qatar "paid up to $1 billion" to free the hostages, saying such a payment would violate U.N. sanctions.

The sudden move to hire Ashcroft's firm shows Qatar "certainly dropped the ball" in recognizing that government opinion in Washington had swung away from it, said Christopher Davidson, a professor of Middle East politics at Durham University in Britain. That's despite Qatar funding think tanks, university programs and the Doha-based Al-Jazeera satellite news network, he said.

"We're seeing a new sort of conflict... where wars are being fought through PR companies," Davidson said. "We can see what kind of damage that can do when your rival's PR machine becomes more extensive than your own."

Why Armenia and Azerbaijan are fighting, and why it could get uglier