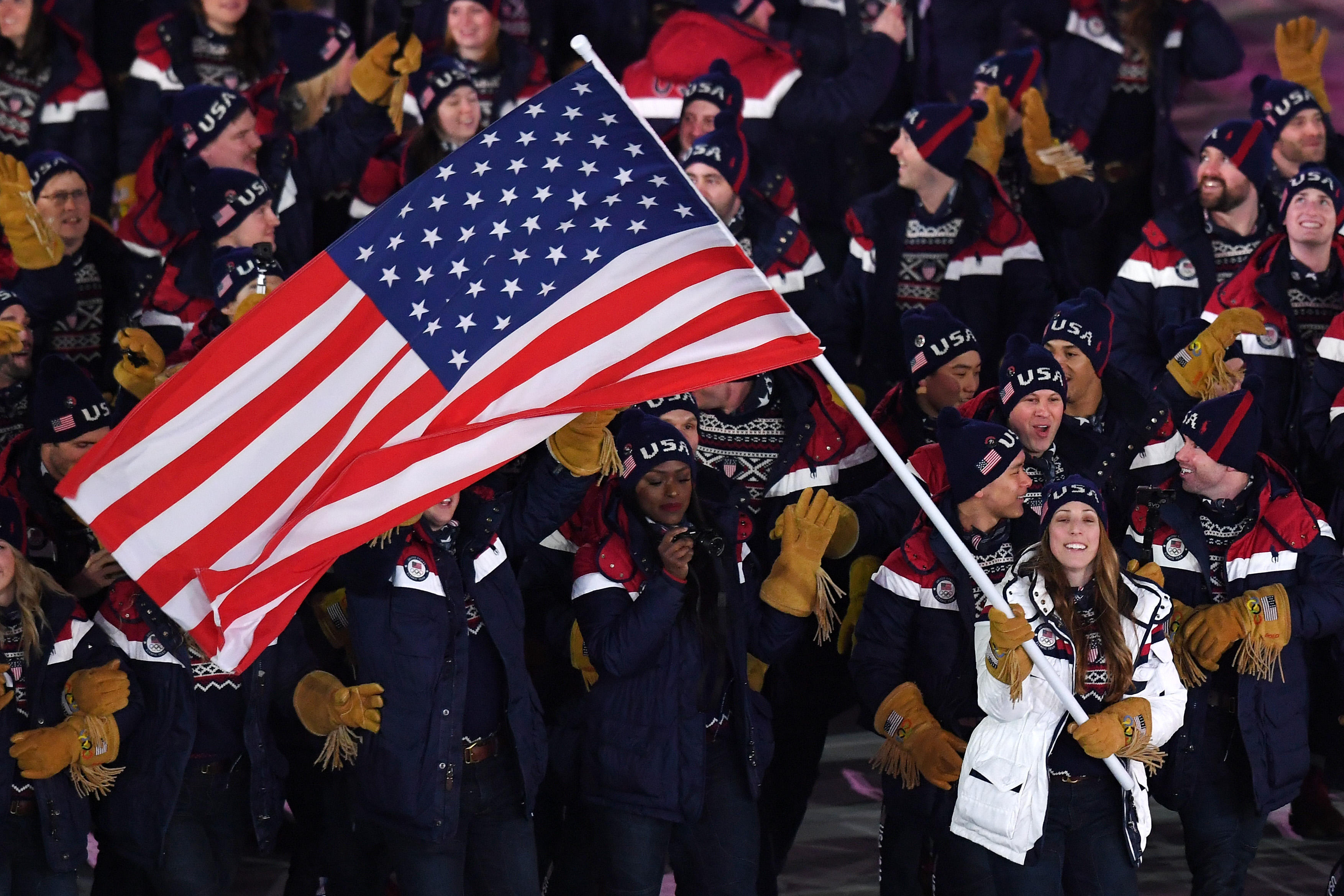 Luge veteran Erin Hamlin  has entered her last Olympics carrying the U.S. flag, which started as a feel-good story but quickly turned controversial. The large U.S. contingent is one of the more enthusiastic groups, and Hamlin smiled broadly as she waved the flag. Hamlin and speedskater Shani Davis were among several candidates for the flagbearer role and athletes from each of the eight winter sports federations voted in the process, which eventually deadlocked at 4-4. Hamlin won a coin toss, which was the predetermined method of picking a winner should the vote end in a tie.

On paper, Davis would seem the more worthy candidate. He's a five-time Olympian and has won two gold medals and two silver medals. Hamlin is a four-time Olympian who won a bronze at the 2014 Sochi Games and is a two-time world champion. She is retiring after these Olympics.

On Friday, Davis posted another tweet with a more conciliatory tone about the Olympics.

Hours before Davi's tweet was posted, the four-time Olympian was excited about the North Korean athletes who are participating in the games, CBS News foreign correspondent Ben Tracy reports.

"That's what it's all about is bringing people together in a peaceful environment to celebrate sport and something that we all love to do," Hamlin told reporters.