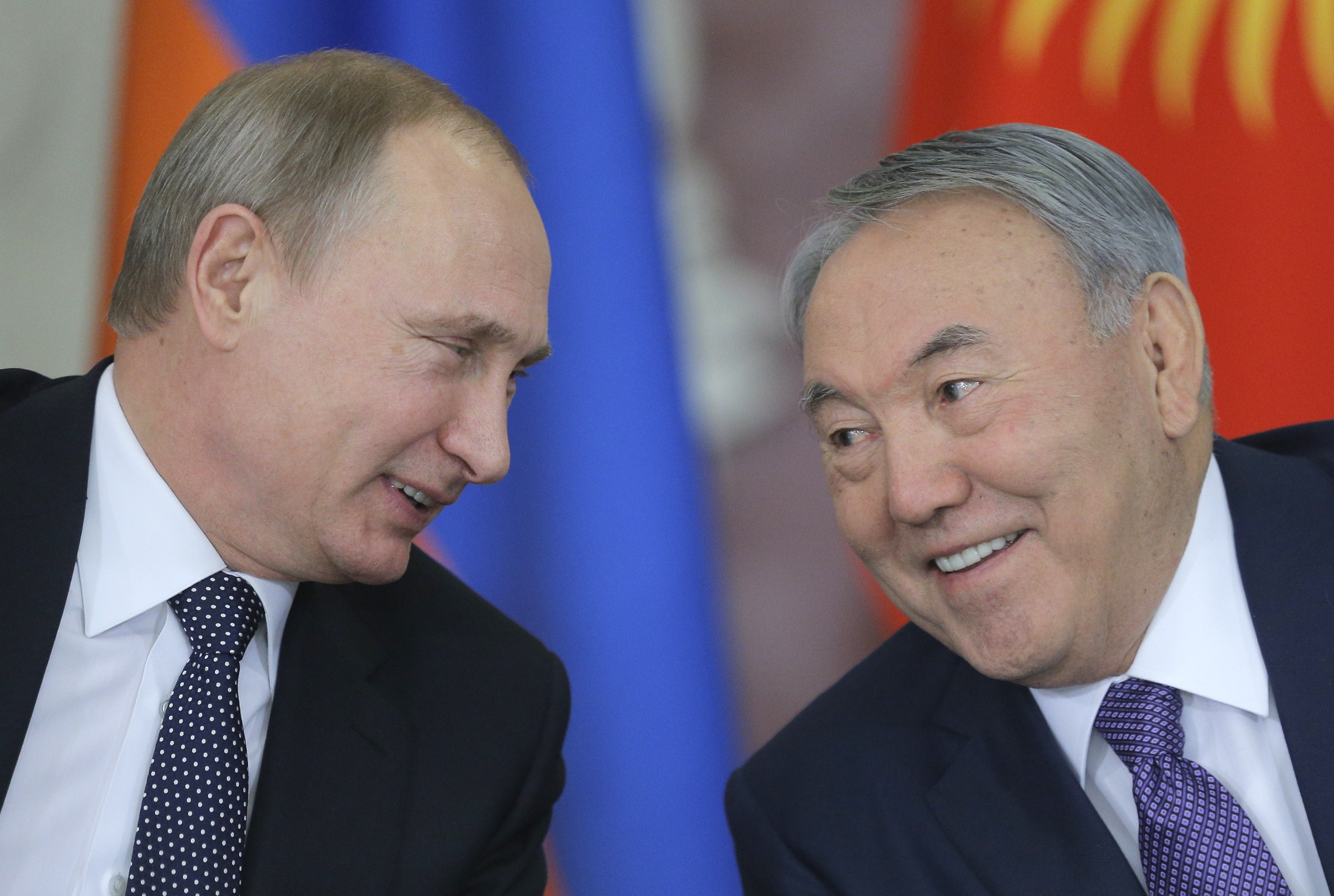 MOSCOW --- Russia and four other ex-Soviet nations on Tuesday completed the creation of a new economic alliance intended to bolster their integration, but the ambitious grouping immediately showed signs of fracture as the leader of Belarus sharply criticized Moscow.

The Eurasian Economic Union, which includes Russia, Belarus, Kazakhstan, Armenia and Kyrgyzstan, comes to existence on Jan. 1. In addition to free trade, it's to coordinate the members' financial systems and regulate their industrial and agricultural policies along with labor markets and transportation networks.

Russia had tried to encourage Ukraine to join, but its former pro-Moscow president was ousted in February following months of protests. Russia then annexed Ukraine's Black Sea Crimean Peninsula, and a pro-Russia mutiny has engulfed eastern Ukraine.

Russian President Vladimir Putin said that the new union will have a combined economic output of $4.5 trillion and bring together 170 million people.

"The Eurasian integration is based on mutual benefit and taking into account mutual interests," he said after the talks.

But Belarus' President Alexander Lukashenko cracked the ceremonial veneer of the meeting by launching a harsh attack on Moscow for damaging Belarus' economic interests with moves to restrict its exports to Russia.

Belarus, sandwiched between Russia and European Union members Poland and Lithuania, has profited handsomely from Moscow's ban on imports of EU food in retaliation to Western sanctions against Russia by boosting imports of food from the EU nations and reselling it to Russia.

The Russian authorities have retaliated by halting imports of Belarus' own milk and meat, citing alleged sanitary reasons, and banning transit of Belarusian food bound for Kazakhstan through its territory on suspicion that much of it ended up in Russia.

"In violation of all international norms, we have faced a ban on transit," Lukashenko said. "It was done in a unilateral way and without any consultations."

Last week, Putin demonstrated unwavering confidence in his domestic policies despite the catastrophic collapse in the ruble. His fierce defiance toward the United States flared throughout as he insisted the West was trying to destroy Russia to grab Siberia's great natural resources.

CBS News correspondent Charlie D'Agata reported from Moscow that Putin said Western sanctions were to blame for 25 to 30 percent of the country's economic problems.

Meanwhile, Ukraine's parliament on Tuesday voted to abandon the country's nonaligned status, a move that could be a step toward seeking membership in NATO.

Supporters of the move, which passed by a 303-9 vote, said it was justified by Russian aggression toward Ukraine, including the annexation of its Crimean Peninsula in March and Russian support for a separatist insurgency in eastern Ukraine, where some 4,700 people have been killed since the spring.

But opponents said it will only increase tensions, and Moscow echoed that view.

"This is counterproductive, it only heats up the confrontation, creating the illusion that accepting such a law is the road to regulating the deep internal crisis in Ukraine," said Russian Foreign Minister Sergey Lavrov.