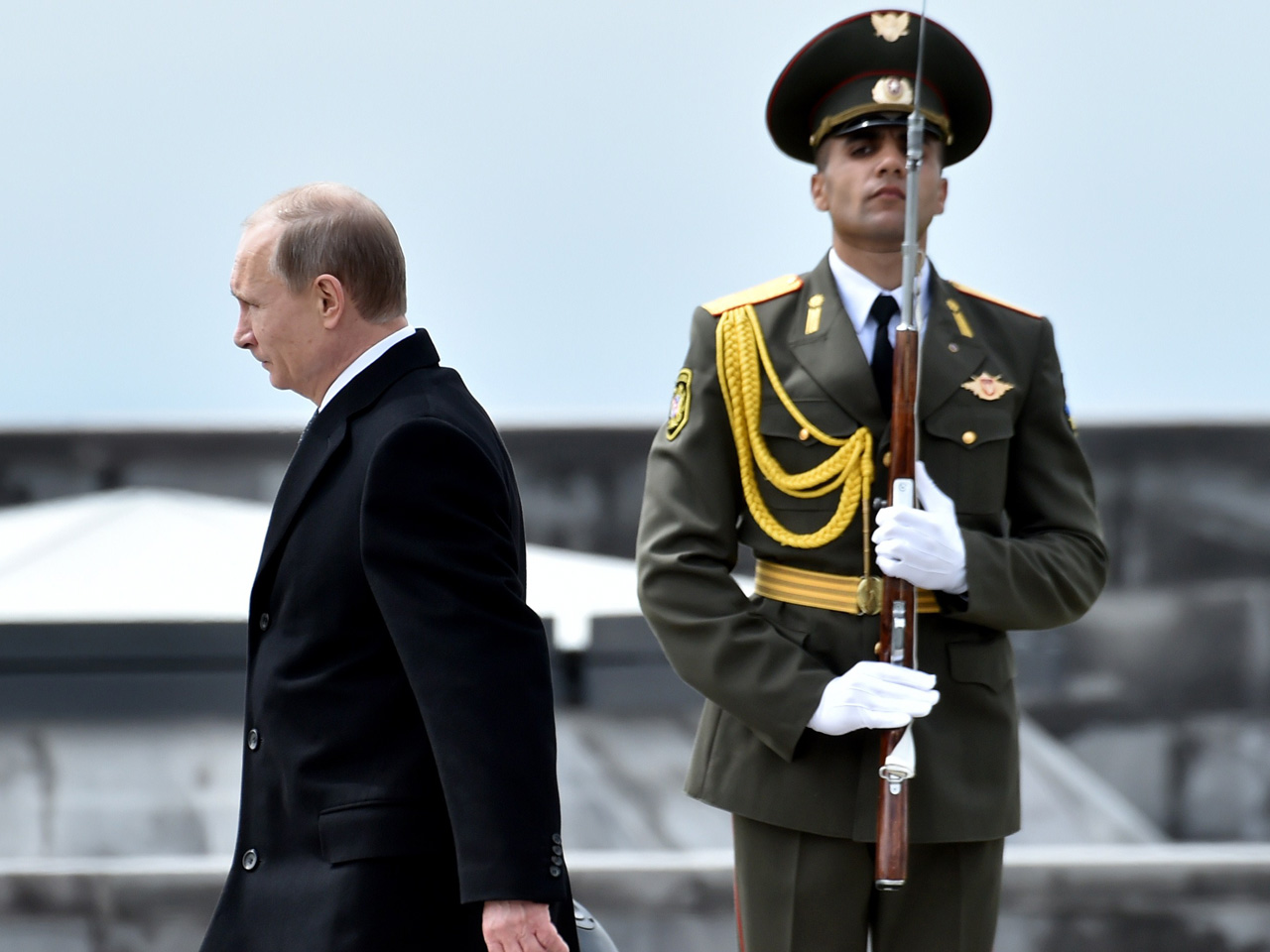 MOSCOW - In a new documentary, Russian President Vladimir Putin says intercepted calls showed that the U.S. helped separatists in Russia's North Caucasus in the 2000s, underscoring his suspicions of the West.

The two-hour documentary, which began airing Sunday afternoon on the state-owned Rossiya-1 TV channel, is dedicated to Putin's 15 years in office. It focused on Putin's achievements as well as challenges to his rule - which the producers and Putin blame on Western interference.

Putin was elected Russian president on March 26, 2000, after spending three months as acting president, and was sworn in on May 7, 2000.

The documentary showed Putin interviewed at the Kremlin in the dimly-lit St. Alexander's Hall. In excerpts released shortly before the film's broadcast, Putin said Russian intelligence agencies had intercepted calls between the separatists and U.S. intelligence based in Azerbaijan during the early 2000s, proving that Washington was helping the insurgents.

He didn't specify when the calls took place.

Following a disastrous war in the 1990s, Russia fought Islamic insurgents in Chechnya and neighboring regions in the volatile North Caucasus.

"They were actually helping them, even with transportation," Putin said.

Putin said he raised the issue with then-U.S. President George W. Bush, who promised Putin to "kick the ass" of the intelligence officers in question. But in the end, Putin said the Russian intelligence agency FSB received a letter from their "American counterparts" who asserted their right to "support all opposition forces in Russia," including the Islamic separatists in the Caucasus.

Putin also expressed his fears that the West wishes Russia harm as he recalled how some world leaders told him they would not mind Russia's possible disintegration.

"My counterparts, a lot of presidents and prime ministers told me later on that they had decided for themselves by then that Russia would cease to exist in its current form," he said, referring to the time period around the second conflict in the Caucasus. "The only question was when it happens and what consequences would be."

The latest poll by the independent Levada agency showed that the approval rating for Putin, whose third term in office ends in 2018, was a whopping 86 percent in April.

Putin's interview has revealed the depth of his disappointment in the West.

The West, in Putin's words, is friendly to Russia only when it is on its knees.

"The so-calling ruling classes, political and economic elites like us only when we are wretched and poor and stand with a begging hand," he said.

Whenever Russia begins to grow economically and politically, the West, according to Putin, begins to punish it. Putin said that he does not view Western sanctions against Russia as a reaction to last year's annexation of the Crimean Peninsula, but rather "an attempt to hamper Russia's development.

"This is a policy we have been familiar with for centuries."

Putin defended the annexation of Crimea as a response to the will of the people, which restored "historic justice."

Putin, who hasn't announced whether he will run for presidency in 2018, insisted that he still hasn't lost touch with ordinary Russians and that he "may very well imagine a life beyond this position."