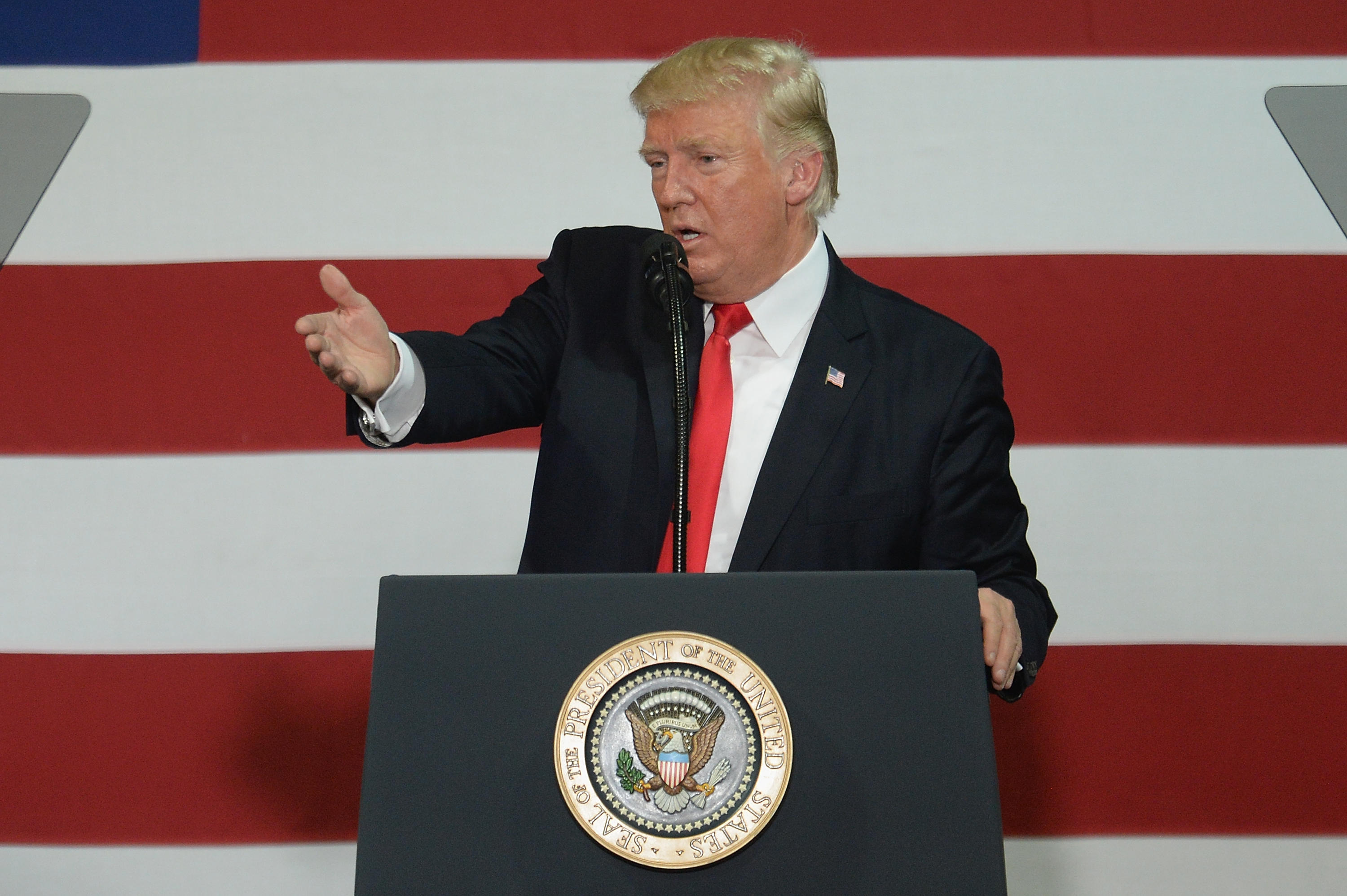 President Donald Trump and congressional Republicans have pledged to overhaul the nation's complex tax code. To slash taxes, they say they'll curb a web of expensive deductions and credits to allow more revenue to flow to the government.

Problem is, they're likely to run into a wall of resistance from people and groups drawn together by a singular warning: Don't touch my deduction.

Major cherished tax breaks — from deductions for mortgage interest and charitable donations to incentives for 401(k) contributions — have deep-pocketed supporters and lobbyists who are sure to fight to preserve those benefits. They add up to hundreds of billions of dollars in lost potential revenue that could otherwise go to rebuilding roads and bridges or social programs or even to help finance broader tax cuts for people and companies.

"On every single item, there's a group out there ready to battle," says Thomas Cooke, a professor and tax expert at Georgetown University.

This makes the outlook thorny for a tax rewrite effort this fall, a Trump priority that Republicans consider a political imperative looking ahead to next year's midterm elections. The collapse of GOP health care legislation raises the stakes for taxes, with Mr. Trump's team talking about action by year's end.

The president and the GOP agree on the broad goals: Simplifying the tax code, lowering the rate for corporations from the current 15-35 percent range, and bringing relief for the middle class. But details have to be filled in.

"First, we need a tax code that is simple, fair and easy to understand," Mr. Trump said Wednesday at a rally in Missouri. "That means getting rid of the loopholes and complexity that primarily benefit the wealthiest Americans and special interests."

Among the seemingly unassailable benefits, the most cherished may well be the deduction of interest paid on mortgages. Touted as a pillar in the promotion of homeownership, the benefit cost the government an estimated $77 billion in the budget year that ended last Sept. 30, according to Congress' Joint Committee on Taxation.

The benefit allows homeowners to deduct up to $1 million in interest payments on a primary (and a secondary) residence. It is fiercely defended by the National Association of Realtors, which spent $64.8 million on lobbying on various issues last year including the mortgage deduction, according to the Center for Responsive Politics.

Roughly 28 million Americans deduct mortgage interest from their income taxes, with the biggest concentrations in the high housing-cost states of California, New York, New Jersey, Virginia and Maryland, according to the Tax Policy Center, a joint venture of the Urban Institute and the Brookings Institution.

House Republicans say they've got a more efficient way to encourage home buying. Under their plan, the standard deduction would be increased from the current $12,600 for married couples filing jointly, for example, to $24,000. They argue that a majority of homeowners would no longer choose to itemize deductions and claim the mortgage-interest benefit. They'd be better off using the bigger standard deduction.

Another possibility is halving the mortgage deduction to $500,000. That would surely set up a pitched battle.

—Employees' earnings from defined-contribution retirement plans such as 401(k)s aren't taxed until retirement; pay-ins by both employers and employees also receive tax-preferred status. That cost $82.7 billion in the most recent budget year.

Among the ideas circulating among some Republicans is reversing that by taxing investment earnings upfront, not upon retirement; or reducing the limits on pre-tax contributions.

With about 55 million U.S. workers holding some $5 trillion in their 401(k) accounts, the plans have become a touchstone of retirement security for the middle class.

A coalition of groups representing employers, consumers and the financial industry recently expressed concern to the powerful chairman of the Senate Finance Committee. With lawmakers looking for revenue sources to offset prospective tax cuts, "Any changes to the retirement system made solely for short-term budgetary gains, and not for policy reasons, could hurt Americans' long-term retirement security," the Save Our Savings coalition said in a letter to Sen. Orrin Hatch, R-Utah.

—Deductions for donations to charitable, religious and other nonprofit organizations. Estimated cost: $41.5 billion. Americans are generous, House Republicans note, and charitable giving should be encouraged with a tax incentive. But only 25 percent of taxpayers benefit from the deduction because the rest don't itemize. The solution is to make the charitable deduction more efficient by simplifying taxpayers' compliance and record-keeping, the Republican plan says.

Under the plan, all itemized deductions would be eliminated except for two: mortgage interest and charitable donations.

—Tax-free employer-paid health insurance premiums and other medical expenses, including long-term care insurance, clocking in at $143.8 billion. Employees aren't taxed on the benefits, while employers can deduct them as a business expense.

Some lawmakers have proposed increasing the credit to $2,500, by combining the exemption for dependents and the child care credit. Organizations including the Child Poverty Action Group and the National Association for the Education of Young Children have stressed the importance of using tax policy to help children and families. They express concern that such benefits for children could get caught up in the Republicans' drive to eliminate "special interest" loopholes in the tax overhaul.

Rep. Kevin Brady, the Texas Republican who heads the tax-writing Ways and Means Committee, acknowledged in a recent speech, "The fight will get tough."