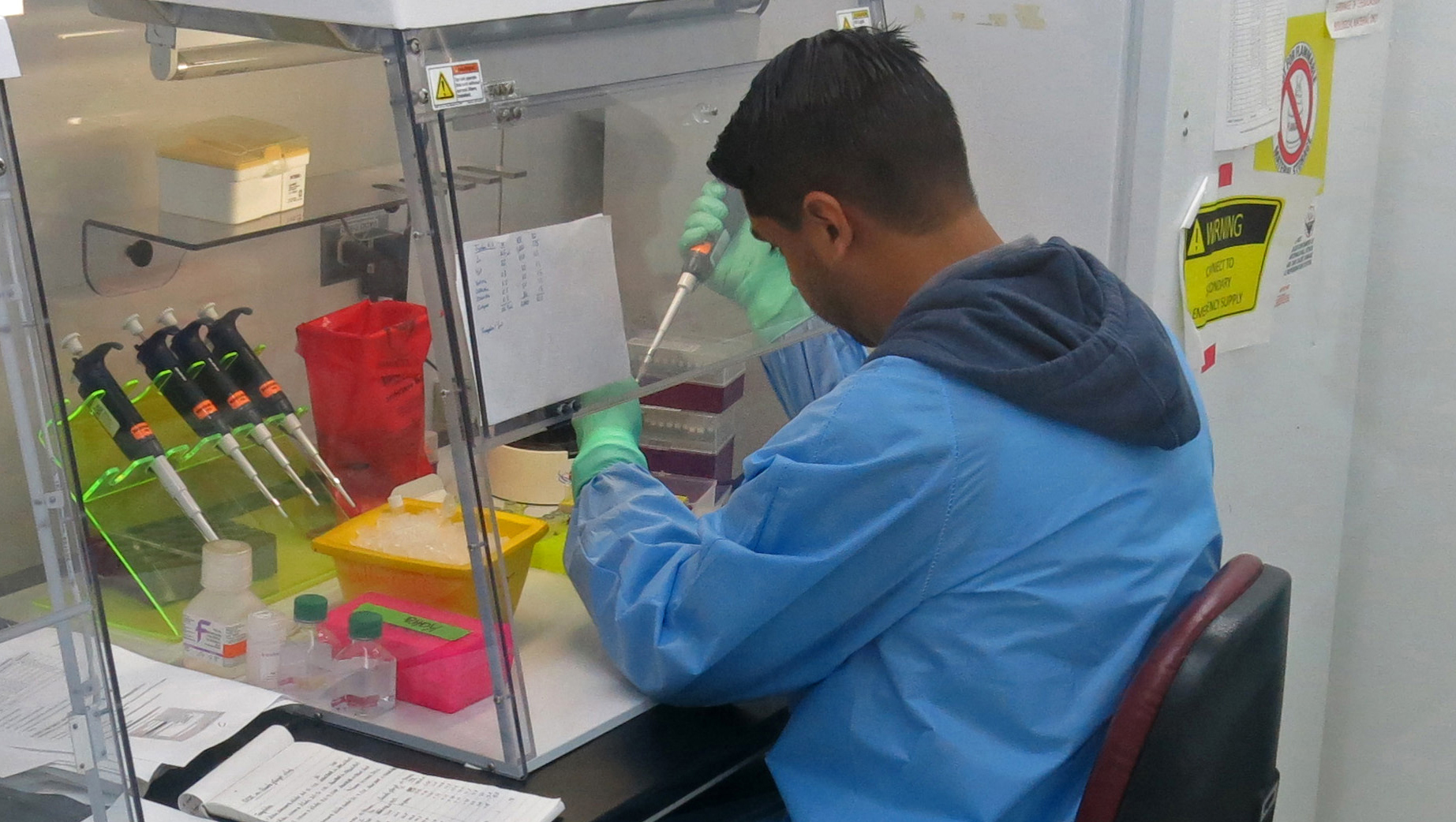 SAN JUAN, Puerto Rico -- The first Zika-related microcephaly case acquired on U.S. soil was reported Friday in Puerto Rico as concerns grow over an outbreak of the mosquito-borne virus in the U.S. territory.

Ana Rius, the island's health secretary, said a fetus turned over by an unidentified Puerto Rican woman to U.S. health officials had severe microcephaly and tested positive for Zika. Rius declined to say whether the woman had an abortion or miscarried, but said the microcephaly was diagnosed through a sonogram. She declined to provide other details.

"We were waiting for this news at some point," she said. "I want to urge any pregnant women with even the slightest concern of infection to go see a doctor."

Zika can cause severe birth defects, such as babies being born with abnormally small heads and brain damage. The World Health Organization declared Zika a global emergency in February, and the virus has spread quickly throughout the Americas.

The U.S. Centers for Disease Control and Prevention said it conducted the laboratory test that confirmed the microcephaly diagnosis.

"This case of Zika virus disease in a pregnancy saddens and concerns us as it highlights the potential for additional cases and associated adverse pregnancy outcomes," the agency said in a statement.

Puerto Rico has counted 925 cases of Zika, including 128 pregnant women. At least 14 pregnant women infected with Zika have given birth to healthy babies. Rius said the unidentified woman who donated her fetus did not test positive for Zika or present symptoms but she clearly was infected at one point. The health secretary noted that there is only a short period when people with Zika test positive for the virus, and after that it no longer shows up.

So far, 27 people with Zika have been hospitalized in Puerto Rico, and one Zika-related death has been reported. At least five people have developed a temporary paralysis condition known as Guillain-Barre because of Zika.

The announcement comes as Rius called for restraint over concerns about the spread of Zika in Puerto Rico, which has scared off tourists and prompted Major League Baseball to scrap a series scheduled for the end of May.

"This is creating an unnecessary chaos," she said. "If I'm telling you that there are 925 cases of more than 14,000 analyzed tests, we obviously don't have that big of a chaos that they want to pretend exists."

The virus has been yet another blow to a debt-ridden island struggling to generate revenue amid a decade-long economic crisis that is worsening.

Rius stressed that health authorities are working with the CDC and noted that the island has a robust vigilance program.

"We are working hard to prevent this sickness," she said.

Meanwhile, Puerto Rico health authorities are trying to create a database of microcephaly cases. Dr. Miguel Valencia, a pediatrician who is working with the island's health department to fight Zika, said authorities are analyzing data from 2013 to 2015 and have found so far that there are five microcephaly cases per 10,000 births in Puerto Rico. He said the birth defect can be caused in part by women who drink or have severe diabetes.

U.S. President Barack Obama has requested $1.9 billion to help fight Zika, although senators are expected to approve $1.1 billion as part of an emergency funding measure.