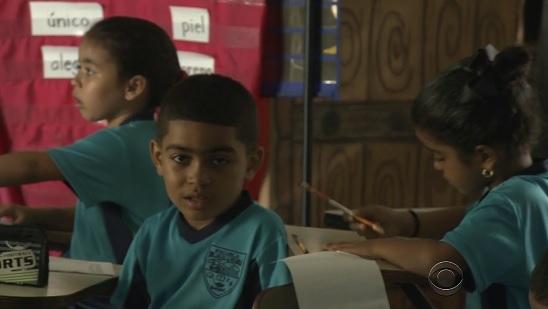 SAN JUAN, Puerto Rico -- Plans to shutter 265 public schools across Puerto Rico have been temporarily derailed with a judge's order to stop the closure of at least nine institutions and his recommendation that other judges do the same in lawsuits still pending on other school closures. The decision was celebrated on Tuesday by the Puerto Rico Teachers Association, which has sued over the closures with support from parents who say they worry about a lack of transportation to new schools and the disappearance of programs for special-needs students.

"Justice was served," Aida Diaz, the association's president, told The Associated Press. "This ruling demonstrates that ... nobody has absolute authority to make arbitrary decisions over the rights of our people."

She said three other lawsuits that involve some 60 public schools across the U.S. territory are pending.

The judge said Monday that the island's Department of Education did not prove the need to close six schools in the north coast city of Arecibo and another three in the central mountain town of Morovis. He also noted that a recently approved law to overhaul Puerto Rico's education system does not give officials blanket permission to close schools.

The Department of Education said it would appeal the decision, and spokeswoman Yolanda Rosaly told the AP that it expects an enrollment drop of some 70,000 students by August. Puerto Rico currently has more than 1,100 public schools that serve 319,000 students, but that number keeps shrinking as families keep moving to the U.S. mainland due to an 11-year recession and the devastation caused by Hurricane Maria last year. If all planned closures take place, 835 schools will remain operational.

Officials announced in early April that they would close 283 schools, which they later scaled back to 265 after additional reviews and meetings with parents and teachers. The government has noted that enrollment already has dropped by more than 38,700 students since just last May and that nearly half of the schools are using only 60 percent of their capacity.