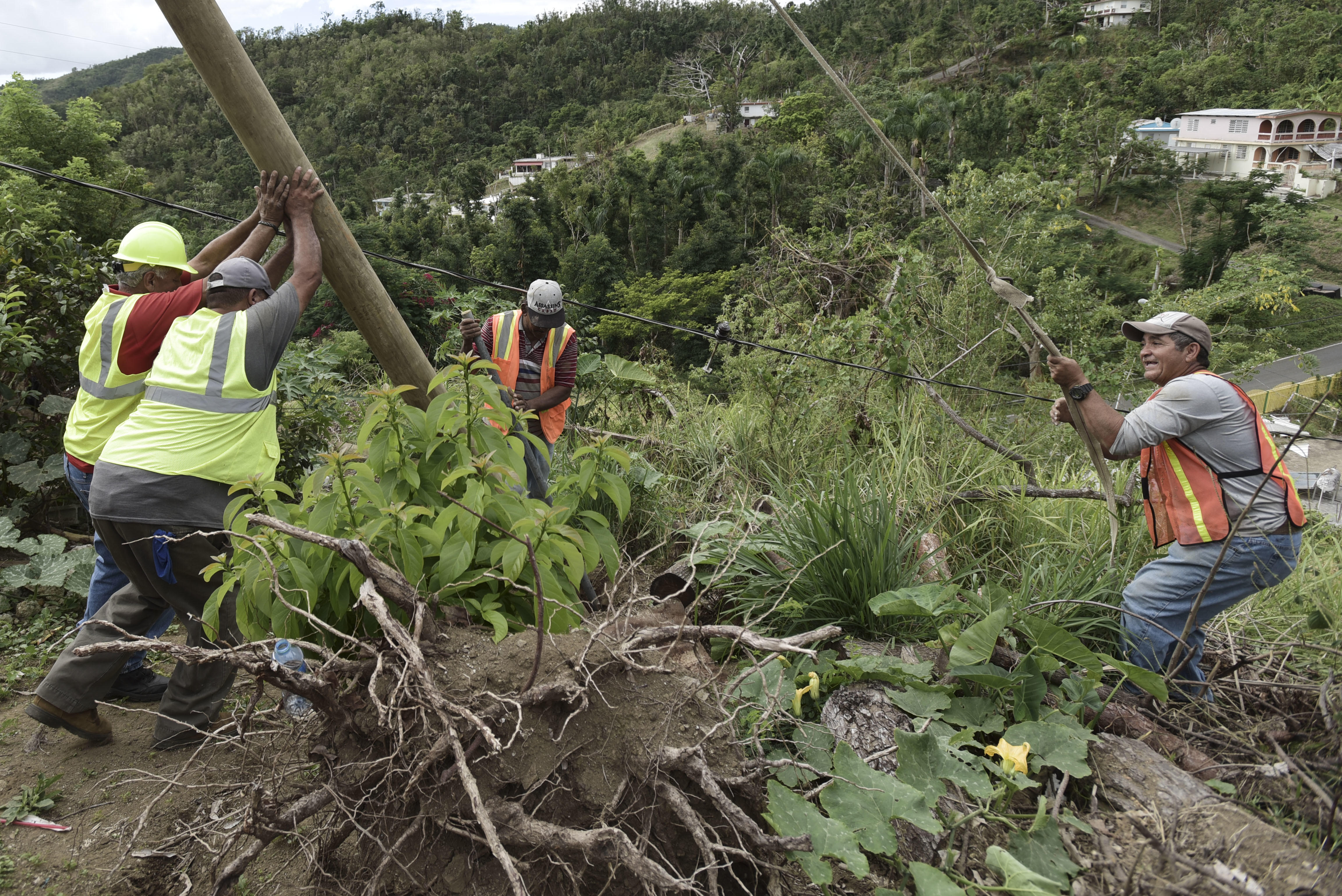 Gov. Ricardo Rossello released a letter Tuesday in which he asked the U.S. government to cover all costs linked to debris removal and emergency protective measures, declare the entire island a distressed area for tax break purposes and provide a tourism tax credit, among other things. While he called Congress "an instrumental partner," he also demanded equal treatment for the people of Puerto Rico, who are U.S. citizens.

"Significant emergency response work remains to be done on the island," he wrote in the letter dated Monday. "Time is of the essence, and continued action by Congress now is critical."

Rossello said the U.S. Federal Emergency Management Agency is no longer fully funding things such as temporary generators, the demolition of buildings and tree removal. He said this is a major concern because "numerous" critical facilities still rely on generators, millions of cubic yards of debris still have to be cleared and more than 15,000 properties have to be cleaned or demolished.

He said his administration appealed FEMA's decision to withdraw funds while the island struggles to restructure a portion of its more than $70 billion public debt amid a 12-year recession.

"The current fiscal situation ... means that the withdrawal of full federal support for recovery efforts will significantly hinder the ability of Puerto Ricans to rebuild their homes, businesses, and infrastructure," Rossello wrote.

A spokesperson for FEMA did not immediately return a request for comment, nor did the office for U.S. House Democratic Leader Nancy Pelosi, who was among the letter's recipients.

Rossello also requested additional disaster appropriation of $600 million for a federal food assistance program that serves more than 1 million people on the island of 3.3 million inhabitants. He said that previous receipt of additional funding from Congress is helping almost 153,000 other Puerto Ricans participating in the program, but the money is expected to run out early next year.

The governor also is seeking two more years of Medicaid funding for a total of $3.18 billion, noting that additional funds previously approved for coverage will also dry up in 2019. In addition, Rossello requested a 25 percent tax credit for certain investments related to tourism projects in the next five years.

"Congress must not delay action on Puerto Rico's requests," he wrote.

The letter was released on the same day that a federal judge overseeing a bankruptcy-like process for Puerto Rico agencies approved a key disclosure statement that is part of a tentative deal reached with certain creditors. A hearing on the deal is scheduled for January. If approved, it would help the government save $17.5 billion.