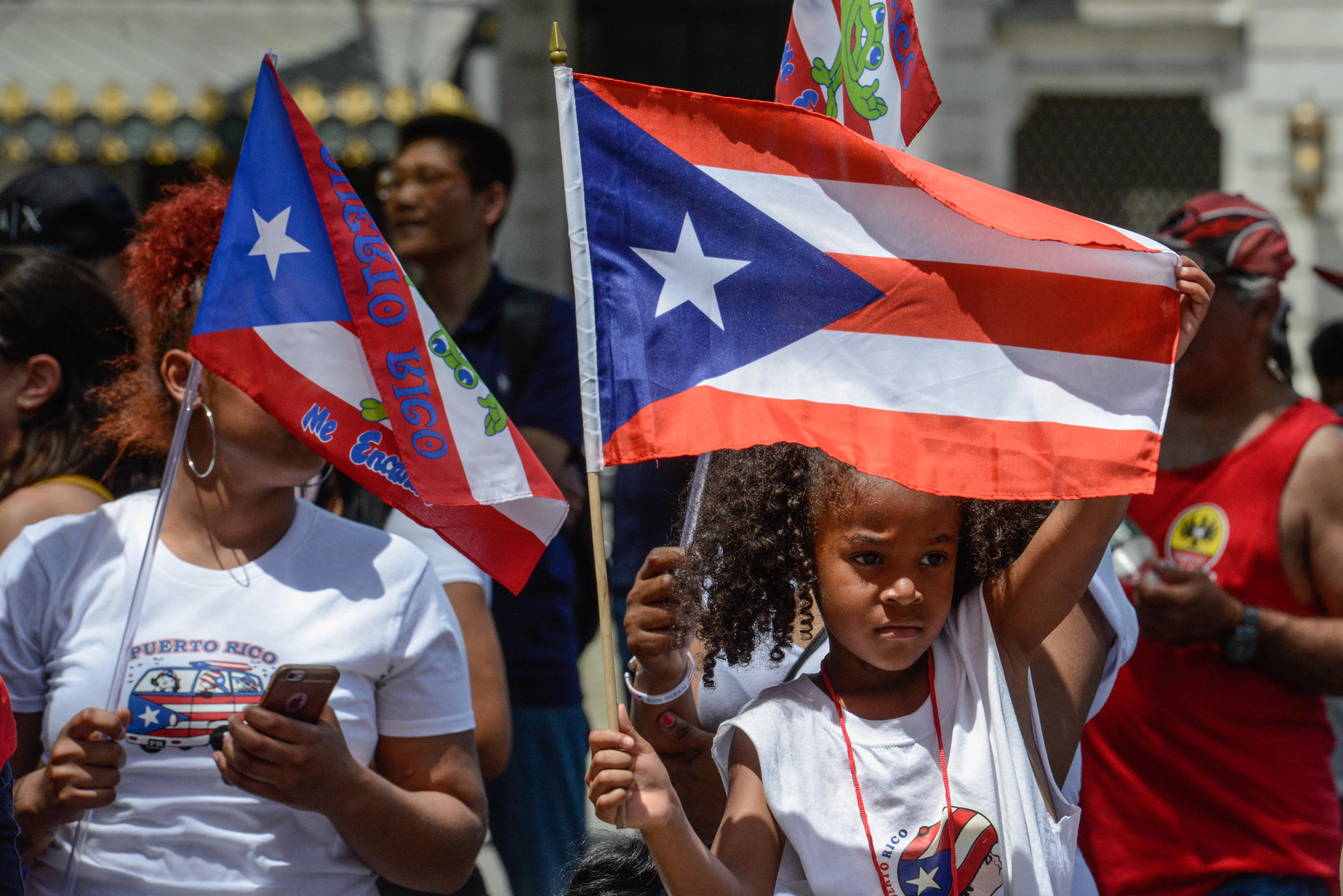 NEW YORK -- The National Puerto Rican Parade in New York turned into its usual boisterous celebration Sunday, but many participants also saw it as an occasion to express their more somber concerns over the devastation caused by Hurricane Maria. Along the parade route in the heart of Manhattan, people carried signs with tributes like "New York Stands with Puerto Rico," ″You will not be forgotten" and "Decolonize Puerto Rico."

Many also waved Puerto Rican flags and danced as they made their way down Fifth Avenue. More than 1 million people lined the route along Fifth Avenue, CBS New York reports.

The parade honored first responders and others who stepped up to help with both emergency efforts and ongoing recovery work. CBS News correspondent David Begnaud was also honored for his coverage of the island's recovery.

Nearly nine months after Maria rocked the island, nearly 8,000 customers are still without power and it may be two more months before they get it.

Ortiz, 53, of Brooklyn, and other parade-goers voiced frustration over what they said was an under-reporting of the death toll in Puerto Rico and a tepid emergency response by the administration of President Trump.

A recent study from Harvard University estimated there were up to 4,600 more deaths than usual in the three months after Hurricane Maria, although some independent experts questioned the methods and the number in that study. The official federal death toll is at 64.

"We're part of the United States. We are Americans, and I think that I came to represent the fact that no one wants to admit that almost 5,000 lives were lost in Hurricane Maria," Ortiz said.

Julio Pabon led a group of demonstrators who chanted "Respect Puerto Rico" as it passed Trump Tower. They also waved flags in the direction of the luxury high-rise.

"Maria unmasked that we are a colony," said Pabon, 66, of the Bronx. "I'm just tired of the way my island has been treated."

Gov. Andrew Cuomo and U.S. Sen. Kirsten Gillibrand, both Democrats, were among the dignitaries on hand for the event. Cuomo has been an outspoken proponent of the need to help Puerto Rico after the September storm.

Also on hand was a marching contingent made up of people who are on the U.S. mainland only because they were displaced from their homes on the island.

This year's parade comes a year after a controversial one, when the parade organization's decision to recognize Oscar Lopez Rivera, a former member of a militant group responsible for a series of bombings. That led some sponsors to withdraw their support and some politicians like Cuomo to decline to take part.

Before the parade, Bronx Borough President Ruben Diaz Jr. had said it needed to take a political tone. He and the group he was marching planned to be in black T-shirts that reflect the Harvard study's estimate of the dead.

"It would be a missed opportunity this Sunday ... if we don't show an act of solidarity, an act of protest, an act of defiance," he said, "to let the world know we still have a president and Congress that still has not done right by 3.5 million Americans.