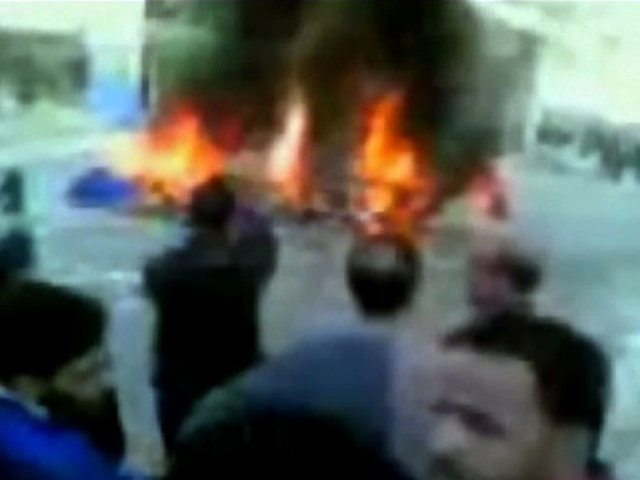 (Reuters/CBS) Around 3,000 protesters demanding affordable housing set ablaze the governorate headquarters in the city of Port Said, east of Cairo on Wednesday.

The governor's car, which was parked outside, was also torched.

The army, stationed nearby, did not intervene.

Amateur video carried by Al Arabiya showed a large fire burning on a street, with an unidentified vehicle ablaze

A large crowd, made up of civic groups and supporters from near the city, watched as the fires burned.

Port Said has a population of around 600,000 and lies in northeast Egypt.