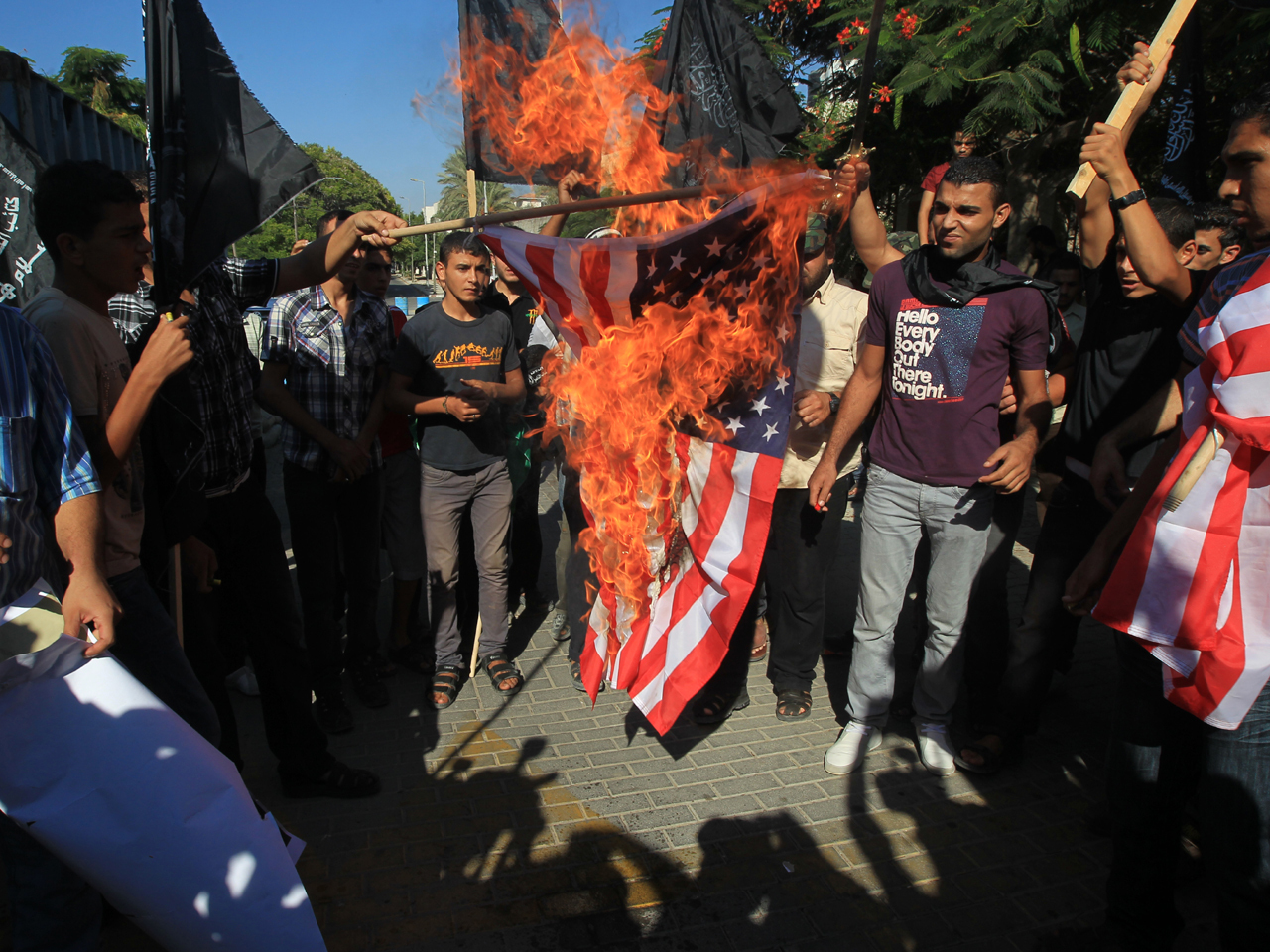 The protest Wednesday in Gaza City was sponsored by supporters of the Popular Resistance Committees, a militant group aligned with the ruling Hamas movement, and comes a day after a protest against the same film turned into a deadly attack on the U.S. consulate in Benghazi, Libya.

Well-armed protesters overpowered the security staff at the consulate and stormed the compound, leaving four Americans dead, including the U.S. Ambassador to Libya, Christopher Stevens.

There was also a small protest in front of the U.S. Embassy in Cairo, Egypt, on Wednesday, but nothing like the angry mob which breached the building's perimeter walls on Tuesday, hours before the Benghazi attack. There were no injuries reported in Cairo on Tuesday, and the security presence around the embassy on Wednesday outnumbered the protesters, according to CBS News' Alex Ortiz.

CBS News correspondent Margaret Brennan reports that U.S. officials were monitoring possible protests in Algeria and other countries in North Africa and the Middle East following the fatal attack in Benghazi.

In Gaza City, some protesters carried swords, axes and black flags. They also used knives to cut posters of Morris Sadek, the Egyptian-born Christian who has promoted the film, which was produced by an American-Israeli and also promoted by American pastor Terry Jones.

They chanted, "Shame on everyone who insults the prophet."

Its religious affairs minister, Ismail Radwan, called it an "insult to the millions of Muslims all over the world."

The American embassies in Algeria and Tunisia, both of which border Libya, warned Wednesday of possible protests.

In an emergency message, the U.S. Embassy in Tunis warned Americans to avoid crowded places, saying that even gatherings "intended to be peaceful can turn confrontational and possibly escalate into violence."

The embassy in Algiers had similar advice, saying unspecified groups were using online social networks to organize demonstrations "to protest a range of issues" there Wednesday. The statement out of Tunis cited "media reports" indicating protests were planned, but said the embassy remained open.

In Afghanistan, meanwhile, President Hamid Karzai tried to preempt unrest by blaming a "small radical minority" in the U.S. for the movie which ridiculed the prophet Muhammad.

The Taliban issued a statement Wednesday calling on its fighters to "take revenge" for the film by targeting U.S. troops in Afghanistan.