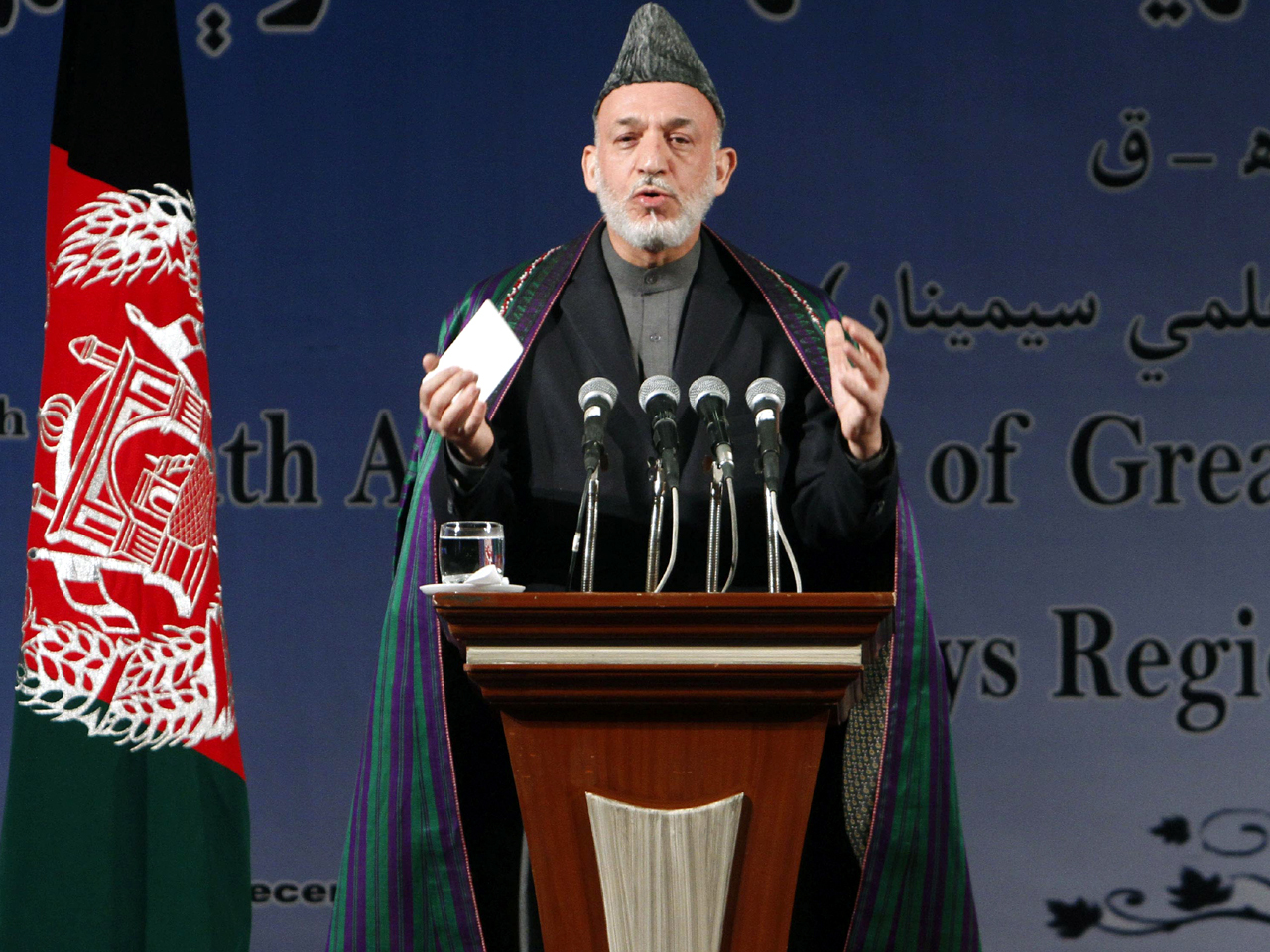 (CBS News) LONDON - Afghan President Hamid Karzai has attempted to preempt violent anti-U.S. demonstrations in his nation in the wake of a deadly attack on the U.S. consulate in Benghazi, Libya.

Karzai "strongly and resolutely" denounced the online video clip which sparked the violence in Benghazi and an earlier protest in Cairo, which is part of a movie made by an American-Israeli businessman and promoted by anti-Muslim pastor Terry Jones.

But he told Afghans that the filmmaker, Sam Bacile, who has reportedly gone into hiding in California, and Jones, "along with their supporters represent a small radical minority" in America.

"This heinous act has created outrage and anxiety for all peace-loving humans who back up the idea of peaceful coexistence," said Karzai.

He also suggested the U.S. should take some action against the producers and promoters of the movie, arguing that it is "not a part of the freedom of expression but a criminal act."

"The Government of Afghanistan strongly calls for efforts to prevent the release of this insulting film along with the video-clip currently promoting it," said the Afghan leader.

One Afghan government-run internet service provider had blocked access to Youtube on Wednesday, reports CBS News reporter Kitty Logan, but other ISP's were still permitting users to access the site, where the movie clip was posted.

Meanwhile, an Afghan official said, fearing the repeat of death tolls and several days of unrest across Afghanistan in the Koran burning protests last year, the government has instructed all security agencies and provincial authorities to be prepared for any possible backlash and do not let any demonstration to get out of control.

The source also added that the ministry of religious affairs has been charged to quietly work with imams across the country encouraging them to not agitate popular sentiments towards the U.S.

Pastor Jones, who runs a relatively small church in Gainesville, Fla., incited the fury of Muslims around the world in 2011 by publicly burning the Muslim holy book, the Koran.

At least 20 people were killed in early April and many more injured as a handful of violent protests broke out in Afghanistan over his actions.