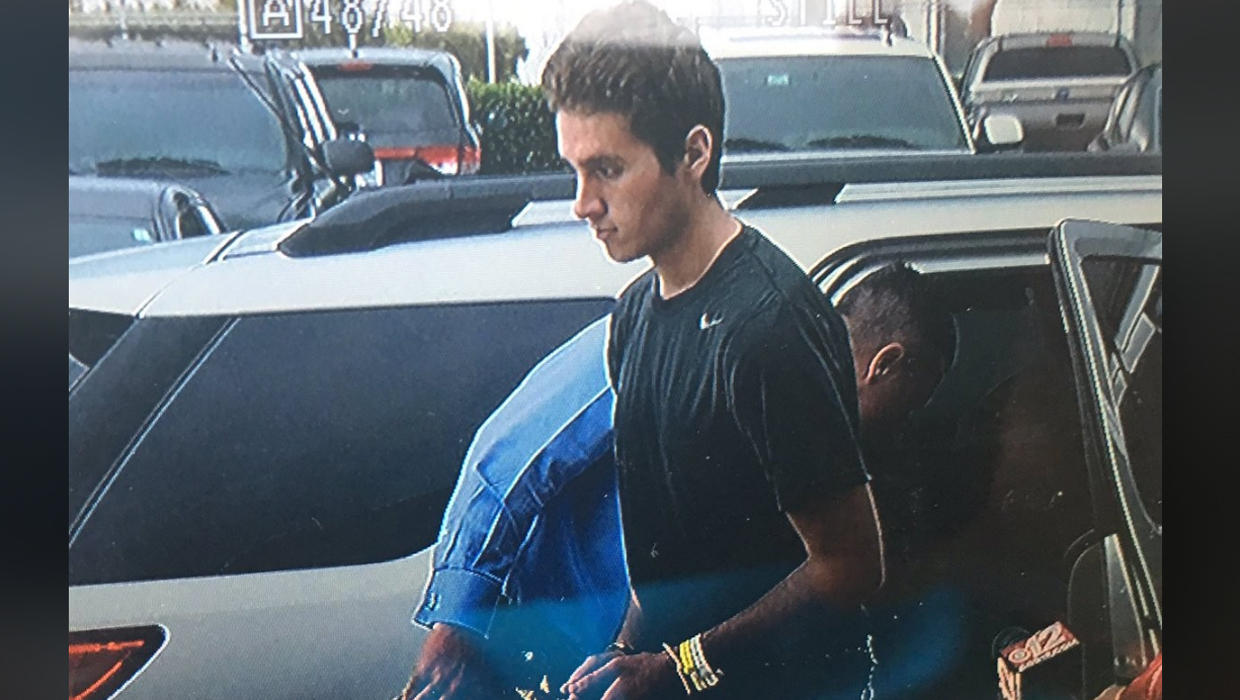 TEQUESTA, Fla. -- The man accused of randomly killing a Florida couple in their garage and biting and chewing the dead man's face will not be put to death if convicted, prosecutors said, reports TCPalm.com

20-year-old Austin Harrouff, then a Florida State University student, was arrested just over a year ago for allegedly killing 59-year-old John Stevens and his 53-year-old wife, Michelle Mishcon, outside their Tequesta-area home.  Both had been beaten and stabbed.

The Martin County sheriff's office said Harrouff was growling like a dog and had abnormal strength, requiring several deputies to pull him off Stevens. Harrouff also allegedly attacked a neighbor who tried to intervene.

Jeff Hendriks, a Martin County prosecutor on the case, told TCPalm.com the state will not be pursuing the death penalty against Harrouff.

"After careful review of the case and applying the statute that controls the seeking of the death penalty, it was decided to not seek it," Hendriks told the website.

It's unclear whether Harrouff will pursue a mental health defense. Family has said he had been acting strangely for weeks before the attack, and his defense team has said he was suffering from a psychological break.

Toxicology reports showed no traces of synthetic drugs in his system.

Harrouff remains in jail, where he is being held without bond. In an interview with television personality Dr. Phil McGraw that aired in March, Harrouff said he was fleeing a demon-like figure named Daniel at the time of the attacks and only had a vague recollection of the slayings.

When McGraw asked him whether he was mentally ill, Harrouff replied, "I guess so."

Harrouff said he feels "terrible" about the killings and said he was "deeply sorry" to the victims' families.

Harrouff is charged with two counts of first-degree murder, attempted first-degree murder and burglary of a dwelling with an assault or battery while armed. The case might not be ready for trial until next year, Hendriks told the website.