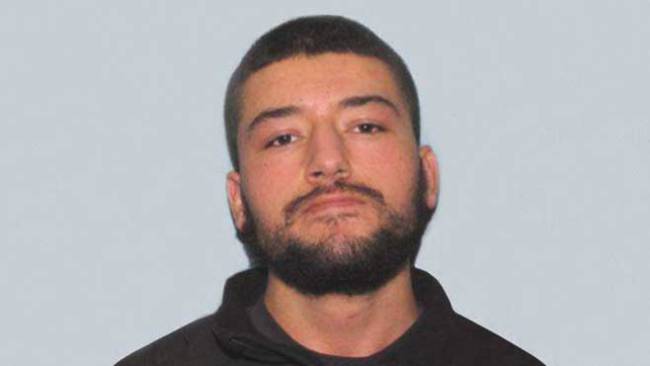 LEBANON, Ohio -- A man indicted Tuesday on charges including attempted aggravated murder and attempted murder shot at his father and a sheriff's deputy last month following a dispute over hummus, authorities said.

Court records don't list an attorney for Laghaoui. He said earlier that the preliminary charges against him were inaccurate.

Fornshell said "it all went downhill" June 9 after Laghaoui ate too much of his father's hummus. Laghaoui's brother called 911 and Laghaoui can be heard making threats, Fornshell said.

Deputy Katie Barnes responded to the apartment and left when Laghaoui's father and brother declined to press charges. She was called back shortly afterward when Laghaoui's brother told police Laghaoui punched his father in the face.

Barnes was then shot in the abdomen by what appeared to be an AK-47-style rifle, county Sheriff Larry Sims said. She's expected to recover.

Fornshell said Laghaoui's father was shot in the hand while trying to keep his son out of their apartment. He lost some fingers.

Residents were told to seek shelter as a helicopter flew over the area searching for Laghaoui. He was arrested several hours later.

Authorities haven't found the rifle. Fornshell said Laghaoui also shot at a neighbor, and the bullet entered a child's bedroom in a neighboring apartment.

Laghaoui remains jailed on a $2 million bond. He could face up to 60 years in prison if convicted, Fornshell said.