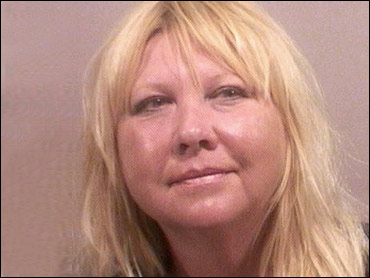 It's standard for police departments keep keen eyes out for drunk drivers on prom night. But it's not usually the limos they have their eyes peeled for.

But 10 Florida teens got an unexpectedly wild ride on their way to prom.

It wasn't long before local 911 got a fuming call from the father of a promgoer who said his son's limo driver, whom he had hired to ensure the students' safety, was driving drunk.

A senior at Winter Springs High School in Florida used his cell phone to call his dad from the limo, to complain about the driver's erratic driving. He says she blew through stop signs, cut off vehicles and veered onto the wrong side of the road.

Christina Tomacelli, 49, was charged with driving under the influence and refusing to submit to a blood-alcohol test, the Florida Sun Sentinel reports.

Deputies who arrested the Tomacelli said they found a half-empty bottle of vodka — specifically, Smirnoff Citrus Twist — on the center console next to the driver's seat.

The man told his son to tell the driver to pull over. When she stopped, the kids grabbed the keys out of the ignition.

The Sun Sentinel reports that the students, 10 in all, had gone to dinner and were heading to the prom at Walt Disney World when the driver started driving wildly, they told deputies.

The students got to the prom an hour and a half late.

"I think the limo service should probably pay for our prom," limo passenger Patrick Curley told his father, the Sun Sentinel reports.

Authorities say, despite the fact they found a half-empty vodka bottle next to the driver's seat, the driver smelled of wine. The driver told them she'd been drinking wine.