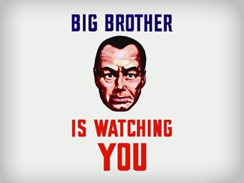 Conspiracy theorists will hate it, but insurers taking a big bath on fraud claims see it as salvation. It's called "telematics," and essentially it is a Global Positioning System or GPS on board your car.

What's wrong with this? Many cars have these navigation devices to help drivers find their ways through traffic jams and unfamiliar territory. A well-known example of telematics is General Motors' OnStar system, which summons help for drivers in the event of an accident. But the new telematics is meant to help drivers, not insurers.

Progressive Corp. (PGR) is the most progressive insurer in pushing this new technology. It is available in 19 states as "MyRate insurance," so it can base premiums on driver behavior. Progressive's on-board wireless device measures how someone drives, how far a vehicle travels, and at what time of day. The insurer is looking for drivers who exhibit less risky behavior. Drivers who avoid rush hour and don't slam on the brakes get a discount, a company spokewoman tells BNET Finance. However, Progressive's device doesn't include a GPS.

In return for what amounts to having a back seat driver, policyholders receive reduced premiums. And according to Progressive, there's also a technology cost of $30.

Will other insurers want in? Probably. There's also another huge incentive. Auto insurers are increasingly becoming the victims of fraud. Recent cases in California include drivers who bought cars they knew were damaged, and then insured them and tried to file a claim, as well as drivers who staged accidents, or simply pretended that accidents happened when they didn't.

The electronic on-board cop could catch a lot of this, or at least make auto fraudsters think twice. That would be a blessing for New York State where, according to New York's Daily News, fraud cases have risen 33 percent since 2006, with scams focusing on the boroughs of Brooklyn and the Bronx.

The problem: Car owners have to agree to install these telematics. So why would potential criminals do this? We force criminals to wear ankle bracelets, don't we?

How much impact can a president have on the economy?
Ed Leefeldt