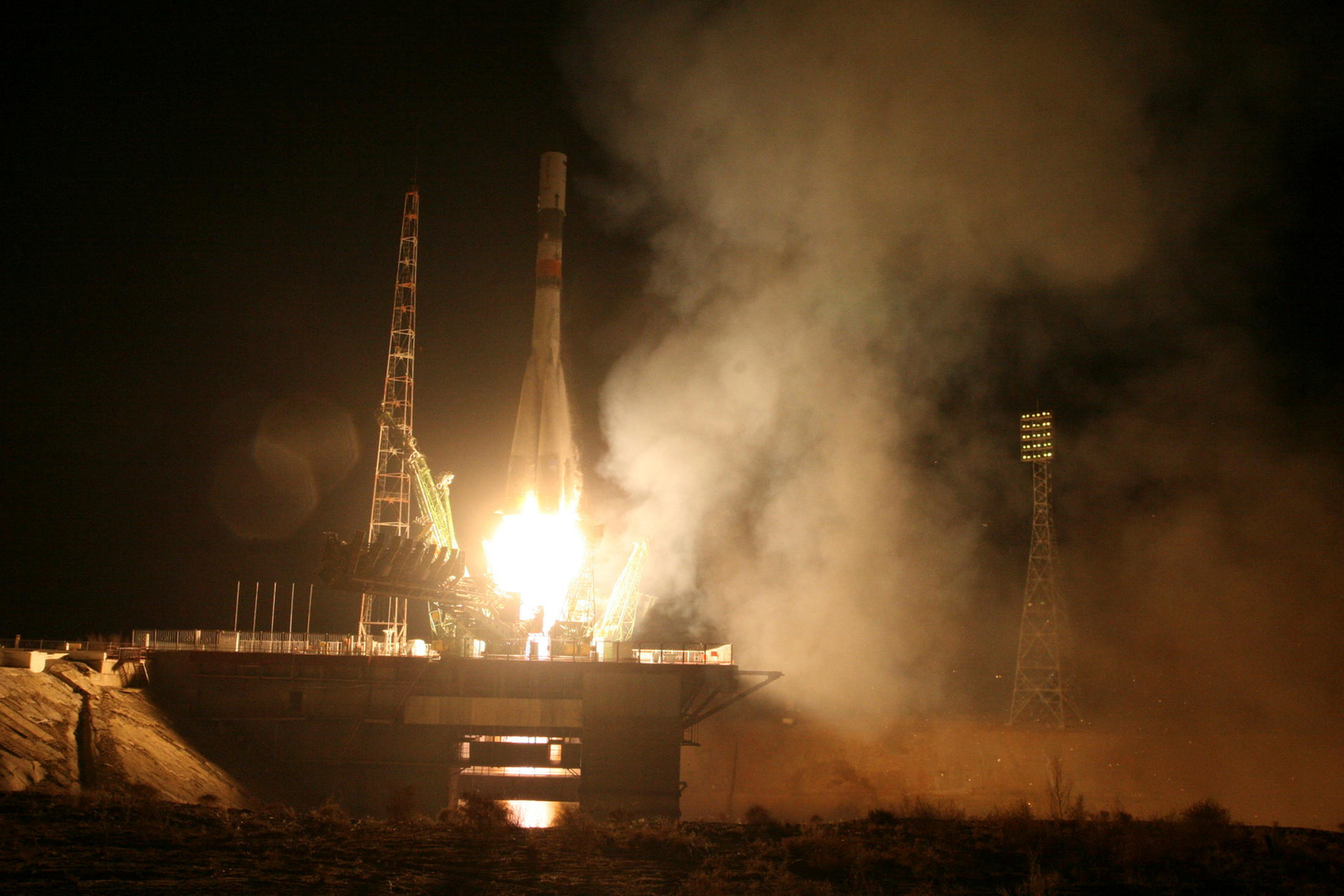 A Russian Progress cargo ship loaded with more than 2.5 tons of propellant and supplies bound for the International Space Station fell back into the atmosphere and was destroyed Thursday after a malfunction of some sort toward the end of its climb to space atop a Soyuz booster. Most of space ship’s debris burned up as it entered the atmosphere before crashing over what the space agency said was an uninhabited area of Siberia.

Station commander Shane Kimbrough was informed by NASA flight controllers that Russian engineers had lost contact with the supply ship and that a State Commission had been formed, the normal indicator of a failure investigation. It was the third Progress failure in station history after third-stage mishaps in 2011 and 2015.

“Unfortunately, I have some not-so-great news to pass along to you guys,” NASA radioed the crew. “Basically what we saw was indications of the third stage sep occurring a few minutes early, and we haven’t had any communications with the Progress at all.

“The Russians are, of course, looking into this and we will inform you when we get more status. ... The Russians have sent the Progress team home at this point and they have formed a State Commission.”

The unpiloted Soyuz booster lifted off from the Baikonur Cosmodrome in Kazakhstan at 9:51:52 a.m. EST (8:51 p.m. local time), climbing away through a cloudy sky directly into the plane of the International Space Station’s orbit. The initial phases of the flight appeared to go smoothly and the third stage engine ignited as planned to finish the boost to orbit.

But six minutes and 22 seconds after launch -- a little more than two minutes before the engine’s expected shutdown -- telemetry from the vehicle was disrupted. Roscosmos, the Russian federal space agency, said on its website that “radar stations did not detect the cargo vehicle Progress MS-04 on the calculated orbit.”

The mishap occurred at an altitude of about 118 miles above a “remote and unpopulated mountainous area of the Republic of Tyva (also known as Tuva),” Roscosmos said. “Most of the cargo spacecraft fragments burned in the dense atmosphere. The State Commission is conducting analysis of the current contingency.”

In the meantime, “the loss of the cargo ship will not affect the normal operations of the ISS and the life of the station crew.”

Anatoly Zak, a veteran journalist who covers the Russian space program, reported on his website that “a large explosion in the sky over the Tuva Region of Russia was observed, followed by reports of ground shaking and falling debris.”

NASA said on its website only that “an anomaly occurred sometime during the third stage operation. As we get updates from (the Russian federal space agency) Roscosmos, we will provide them.”

Crew member Thomas Pesquet of the European Space Agency offered reassurances in a tweet from orbit. “Spaceflight is hard, sorry to hear the news @roscomos,” he wrote. “We are fine up here and will function fine until the next supply spacecraft arrives.”

Russia launches a different version of the workhorse rocket to boost piloted Soyuz spacecraft into orbit and the failure Thursday was not expected to impact downstream crew rotation flights.

But it was the third Progress failure since station assembly began in 1998 and the fifth such failure overall, including the loss of two U.S. cargo ships in 2014 and 2015.

A Progress was lost in August 2011 because of a third stage malfunction, followed by the loss of an Orbital ATK Cygnus freighter in October 2014 due to a first stage failure seconds after launch.

Six months later, on April 28, 2015, another Progress was lost after another upper stage malfunction followed by the destruction of a SpaceX Dragon cargo ship the following June. Those three rapid-fire failures had a major impact on station operations, reducing on-board reserves from six months to just four in some cases.

But the station currently is well stocked with supplies and NASA officials say there will be no immediate impact. A Japanese HTV cargo ship is scheduled for launch next week.

Longest fossilized poop to be sold at auction