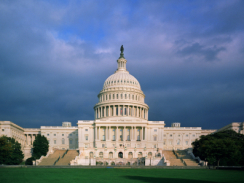 The 60 Minutes report describes several instances where members of Congress appear to have profited from inside information. For example, during the time when House Minority Leader John Boehner was leading the charge against a public option and other facets of the proposed health care legislation, he was also purchasing stock in health insurance companies. He made a profit when the stock subsequently went up. Or consider the actions of Alabama Representative Spencer Bachus, the ranking Republican member on the House Financial Services Committee at the time. He appears to have used information from highly confidential meetings held at the Federal Reserve at the onset of the crisis to take profitable positions on where the market was headed.

And these are far from the only instances of suspected insider trading by members of Congress or their staffs. The report discussed below, for example, notes that at least "72 aides on both sides of the aisle traded shares of companies that their bosses help oversee."

Richard Green, professor of economics at USC, notes that law professor Donna Nagley of Indiana University  makes a strong argument that these actions are illegal under existing law and precedent:

Insider Trading, Congressional Officials, and Duties of Entrustment, by Donna M. Nagy, Indiana University Maurer School of Law, Boston University Law Review, Vol. 91, p. 1105, 2011: Abstract: This article refutes what has become the conventional wisdom that insider trading by members of Congress and legislative staffers is "totally legal" because such congressional officials are immune from federal insider trading law. It argues that this well-worn claim is rooted in twin misconceptions based on: (1) a lack of regard for the broad and sweeping duties of entrustment which attach to public office and (2) an unduly restrictive view of Supreme Court precedents, which have interpreted Rule 10b-5 of the Securities Exchange Act to impose liability whenever a person trades securities on the basis of material nonpublic information in violation of a fiduciary-like duty owed either to the issuer's shareholders or to the source of the information. It also argues that nonpublic congressional information constitutes property which, like congressional funds and tangible property, rightfully belongs to the federal government and its citizens.

What is rule 10b-5 that is at the heart of the analysis? Unlike other countries, the US does not have an explicit law against insider trading (which means that Congress could not have exempted itself from such a rule). Instead, it relies upon a general prohibition against fraud -- that's rule 10b-5 -- and a long list of court precedents that define fairly precisely what is and isn't allowed in terms of trading on inside information.

The article argues that there are two ways in which insider trades are illegal under this rule. The first is the "classical theory" which holds that Congress has duties of trust and confidence to shareholders in the private sector, and office holders "must either disclose all material nonpublic information in their possession or abstain from trading in the issuer's shares." If Representatives uses this information for profit, then they they have defrauded shareholders in the private sector in the sense of rule 10b-5 and its associated precedents.

The second way in which the paper argues that insider trading by Congress is illegal is what is known as "misappropriation theory." Fraud occurs under this theory when an individual deceives the people who entrusted him or her with access to confidential information. Using such information would deceive "a) the United States and its citizens as 'entrustors,' b) the federal government in its capacity as his employer, and c) his fellow members of Congress or other government officials."

In addition to the legal arguments, there is also an economic argument against this practice. Insider trading can distort the role that a member of Congress plays as a representative of interests of constituents. For example, constituents may strongly oppose a proposed piece of legislation, but if their Congressional representative stands to make a lot of money in the stock market if the law is enacted, what decision will be made? How do we know the financial interest won't prevail over the public interest?

It's unlikely, though not impossible, that a district attorney will attempt to prosecute under the theories in this paper. The more promising remedy is a legislative ban on such practices. However past attempts to ban insider trading in Congress such as the STOCK Act described in the 60 Minutes report have, unsurprisingly, received very little support from those who stand to lose if it is enacted. Without substantial public pressure, it's hard to see that changing anytime soon.