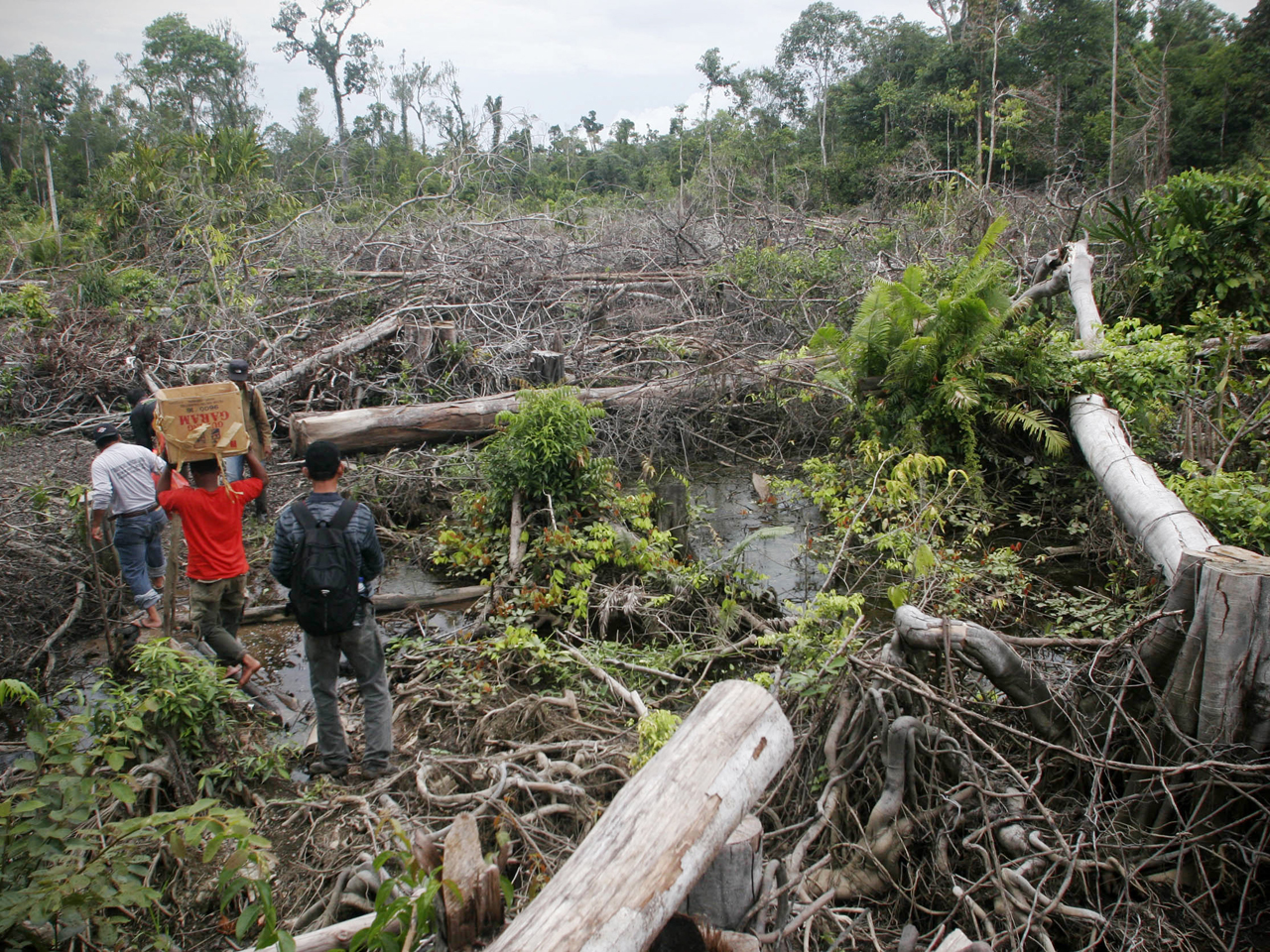 You probably don't think much, if at all, about palm oil -- but the versatile vegetable oil can be found in more than half of all packaged products used by American consumers -- including lipsticks, soaps, shampoos and even ice cream.

It's also a bio-fuel and one of the fastest-growing crops in the world. Rising global demand for palm oil has lead to widespread destruction of tropical forests and endangered wildlife habitat in Africa, Latin America, and particularly Malaysia and Indonesia in Southeast Asia; which together reportedly produce around 80 percent of the world's palm oil.

On Tuesday, Procter & Gamble (PG) - the world's largest and most profitable consumer goods company -- announced what it calls its "commitment to no deforestation in its palm oil supply chain," in an effort to advance long-term sustainability issues.

"We are committed to driving positive change throughout the entire supply chain, not just for us, but for the industry and for the small farmers who depend on this crop," Len Sauers, P&G Vice President of Global Sustainability, said in a press statement.

P&G is already a member of the international Roundtable for Sustainable Palm Oil (RSPO), and says the palm oil it currently purchases is all RSPO-certified. But its new commitment includes the goals of being able to trace all its palm oil supplies by the end of 2015, while "ensuring no deforestation in the palm supply chain to plantations" by 2020.

P&G's announcement comes after a set of international protests by the environmental activist group Greenpeace - including the unfurling of several large banners on the company's corporate offices in Cincinnati last month.

"It leaves suppliers six more years to clear forests," Areeba Hamid, a forest campaigner with Greenpeace International, said in a statement. "With global warming and rapid biodiversity loss, we urge P&G to take action against suppliers...that have been identified to be clearing forests and peatlands."

To the cynical among us, corporate announcements and protests by activists might sometimes appear to be little more than public relations stunts or even politicial theater. But Susanna Hecht, a specialist on tropical development at UCLA's Institute of the Environment and Sustainability and the Luskin School of Public Affairs says these campaigns can have traction -- and that similar efforts have paid off both financially and environmentally.

Dr. Hecht points to a recent initiative that established sustainability guidelines for another essential crop, soy - "where producers, local populations and environmentalists began to hammer out what a reasonable development approach might be," she says, "in the context of a highly valuable export crop with multiple impacts."

Greenpeace says Procter & Gamble is just the latest in a series of well-known companies that use palm oil in their products -- including L'Oreal (LRLCY), Colgate-Palmolive (CL) and the Asian agribusiness giant Wilmar International -- to commit to a no deforestation policy in their supply chains.

But another analysts wonder what such commitments will mean to these company's bottom lines, and how that might end up affecting consumers.

"A question that I'd want to ask Procter & Gamble is, are they going to raise the price of their products?" says Matthew Kahn, an environmental economist at UCLA. "Whenever you pursue the green agenda...nothing's a free lunch."

Kahn notes some consumers may be willing to pay more for certain environmentally-friendly products. However,"if it's the same toilet paper, but it's now created in a more sustainable way, can the company collect an extra penny or an extra quarter per roll? " he asks. "What is the price premium for a green product, as we exit the recession?"