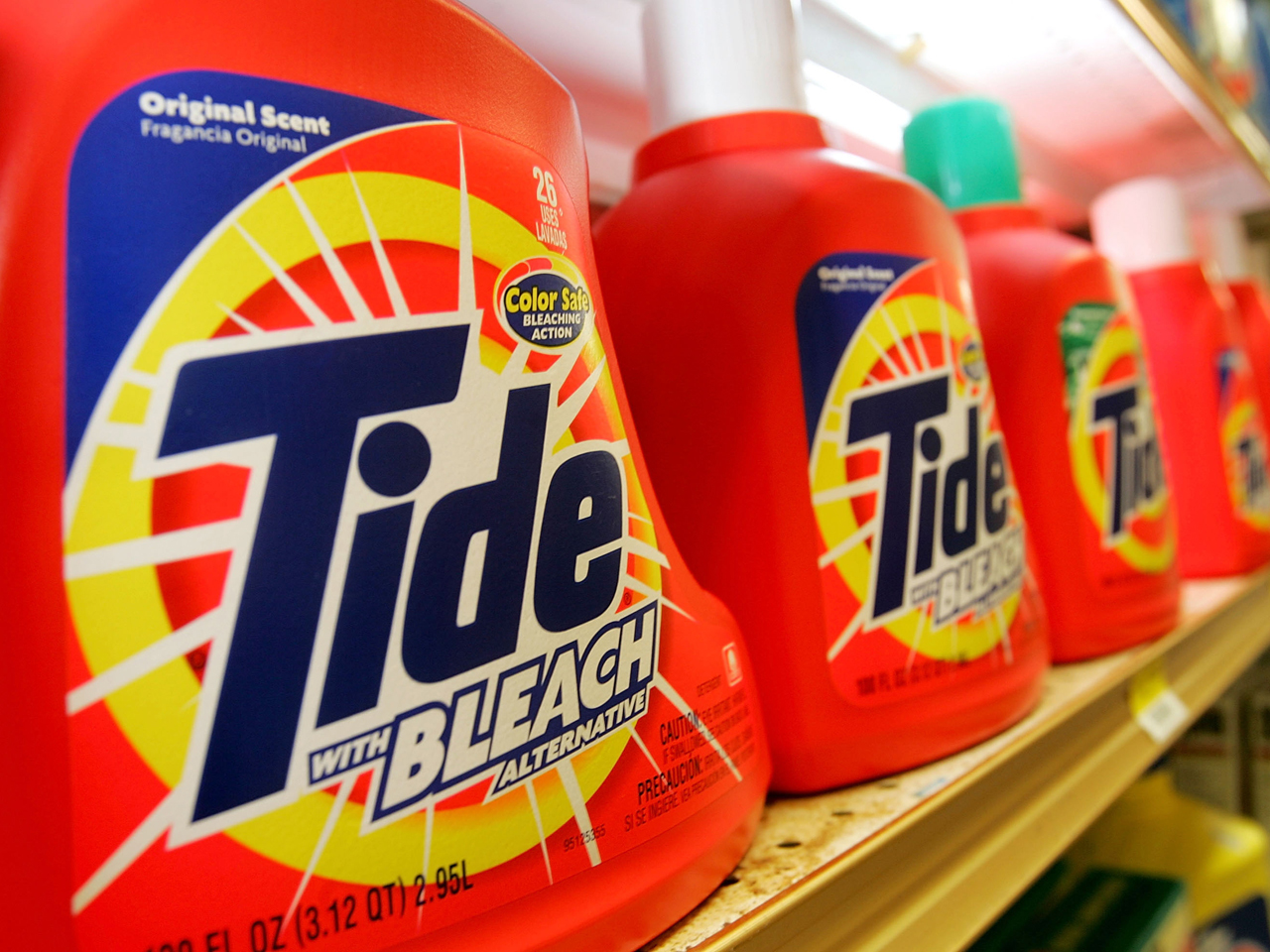 CINCINNATI Procter & Gamble Co. (PG) said Thursday that its fiscal fourth-quarter net income dropped 48 percent due to a write-down related to its Braun Appliance business and other one-time costs.

But its adjusted results beat Wall Street expectations, and its shares edged up in premarket trading.

The world's largest consumer product company has been working on a turnaround effort aimed at focusing on its top 40 top businesses, 20 biggest new products and 10 most profitable emerging markets as it undergoes a cost cutting plan aimed at saving $10 billion by fiscal 2016.

The Cincinnati-based company replaced CEO Bob McDonald in May with former CEO A.G. Lafley in an effort to step up the turnaround efforts.

"We will continue to make choiceful investments in core brands, our biggest innovation opportunities, and in our core developed and most promising developing markets," Lafley said in a statement accompanying the results. He added the company will have an "overriding focus on value creation."

P&G, whose brands include Tide detergent and Crest toothpaste said after paying preferred dividends net income totaled $1.88 billion, or 64 cents per share, for the three months ended June 30. That's down from $3.63 billion, or $1.24 per share in the prior year quarter.

One-time items included restructuring charges, legal fees in Europe and a 10 cents per share impairment charge related to its Braun Appliances business. That was due to the weakening of the Japanese yen, since a large part of Braun Appliances earnings are generated in Japan, the company said. The stronger dollar hurt results by 6 cents per share.

Volume rose 5 percent in total, with a 6 percent rise in fabric and home care and a 4 percent rise in beauty volume. Grooming, which includes razors and shaving cream, was flat.

Looking ahead, the company expects earnings excluding one-time items to rise 5 percent to 7 percent, implying results of $4.25 to $4.33 per share.

It expects revenue to rise 1 percent to 2 percent, implying revenue of $85 billion to $85.85 billion.

Analysts expect earnings of $4.32 per share on slightly higher revenue of $86.47 billion.