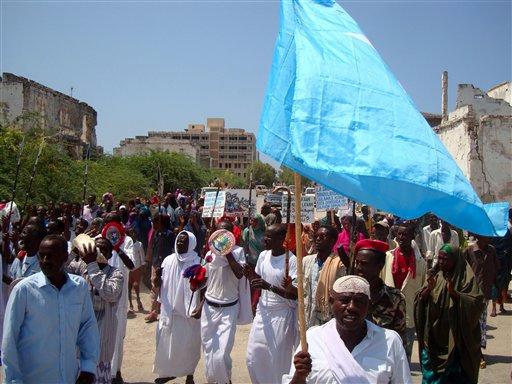 A new study raises concerns about high-carb diets beyond how they affect weight.

For this study, researchers enrolled 475 women newly diagnosed with breast cancer and a comparison group of 1,391 healthy women in Mexico City, Mexico, who were matched for age, weight, childbirth trends and other factors that affect the odds of gettng the disease.

Dr. Walter Willett, chief of nutrition at the Harvard School of Public Health did the study with doctors at Instituto Nacional de Salud Publica in Cuernavaca, Mexico.

Women filled out a lengthy food questionnaire developed by Willett and widely used in nutrition studies, and were divided into four categories based on how much of their total calories came from carbohydrates.

Fats, fiber and specific foods have long been studied for their effects on various types of cancer, but few firm links have emerged. Being overweight is known to raise risk, but the new study took that into account and still found greater risk from high carbohydrate consumption.

Senay explains the theory is carbohydrates - particularly those we know are unhealthy, like the processed cakes and cookies - increase your insulin level. Insulin also stimulates cells to divide. And if cells are dividing, that gives them a chance to sort of become bad cells, and develop into cancer. Though not proven, there's a lot of evidence that backs that idea up.

This is one of the few studies to look at how sugar and starch intake might affect the risk of cancer.

"It adds to the information that diet is important" with respect to cancer risk, said John Milner, the National Cancer Institute's chief of nutrition.

How applicable the results are to American women is debatable.

In Mexico, "the main carbohydrates these women ate were corn-derived, including tortillas, and soft drinks and bread," said Dr. Eduardo Lazcano-Ponce, one of the Mexican physicians who did the study.

Corn isn't fortified with folate and other nutrients as are many
grains, cereals and other sources of carbohydrates eaten in the United States, and those nutrients might help prevent cancer, noted Sandra Schlicker, executive director of the American Society for Clinical Nutrition.

Breast cancer rates in the United States are among the highest in the world. Nearly 132 cases are diagnosed for every 100,000 women. In Mexico, incidence is rising and is currently estimated at 38 cases per 100,000 women. But Willett cautioned that those rates are not adjusted for age differences and that the U.S. population is considerably older than Mexico's and therefore more at risk of cancer.

In the study, women who ate a lot of insoluble fiber - found in
whole grains, fruits and vegetables - had somewhat less risk of breast cancer. Fiber can modulate the absorption of carbohydrates.

"It leads me to believe that healthier carb sources, or at
least diets containing fiber, would be less strongly associated with breast cancer," said Marji McCullough, a senior epidemiologist and nutrition expert at the American Cancer Society.

Experts say more research is needed through a study that, instead of relying on women's memories about what they ate, asks them to keep food diaries and then follows them for years afterward to see which ones develop cancer.

Finding dietary links to breast cancer is important because diet is one of the few risk factors a woman can easily modify.

"This study alone isn't enough for people to make changes in their diet, but it's a cautionary sign," Willett said.

He also said the study's findings don't mean that it is safe or healthful to eat lots of meat, cheese or fats, as do many people who go on low-carb diets.

"There are many concerns with eating diets high in animal fat," Willett said. "If people do want to cut back on carbohydrates, it's really important to do it in a way that emphasizes healthy fats, like salads with salad dressings."

Senay notes, the study is in no way an endorsement of the Atkins diet. And it is certainly not a call for women to go out and throw away their healthy carbs.

The Institute of Medicine recommends that carbohydrates constitute 45 percent to 65 percent of calories, and that no more than 20 percent should come from added sugars, said Schlicker, who served on the panel that drafted the advice. New dietary guidelines are to be released next year.

The study was funded by the U.S. Centers for Disease Control and Prevention, the Ministry of Health of Mexico, and the American Institute for Cancer Research.