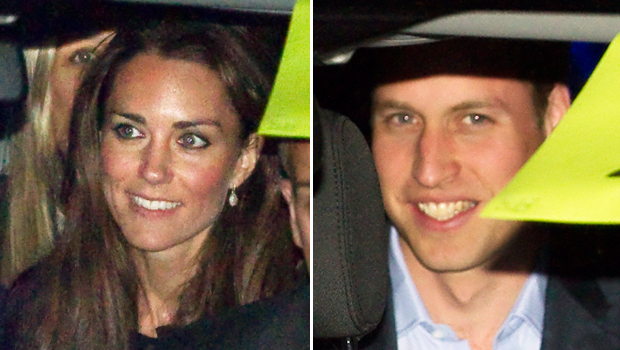 Clarence House confirms the rehearsal is a private one for the couple. William, Middleton, her parents, her sister, Pippa, Prince Harry and clergy involved in the ceremony were in attendance.

This is the last rehearsal the groom and bride-to-be will take part in, Clarence House added.

William and Middleton have held rehearsals before, according to the U.K.'s Press Association, but this is their first time running through the ceremony inside Westminster Abbey.

During the rehearsal, Middleton, 29, will likely have walked up the aisle with her father, Michael, and recited vows with her fiance, 28.

Part of what might be in those vows was spotted on a sheet of paper in the back of Middleton's car earlier Wednesday, the Daily Mail reports - while most of the words were obscured, the phrase "with so much love in our hearts" is visible.

The PA notes that the couple will have also seen at least some of the abbey's floral decorations, including the trees that will line the aisle during the wedding ceremony.

According to Sky News, a full dress rehearsal will take place on Thursday, which will involve everyone aside from the couple and members of the royal family.