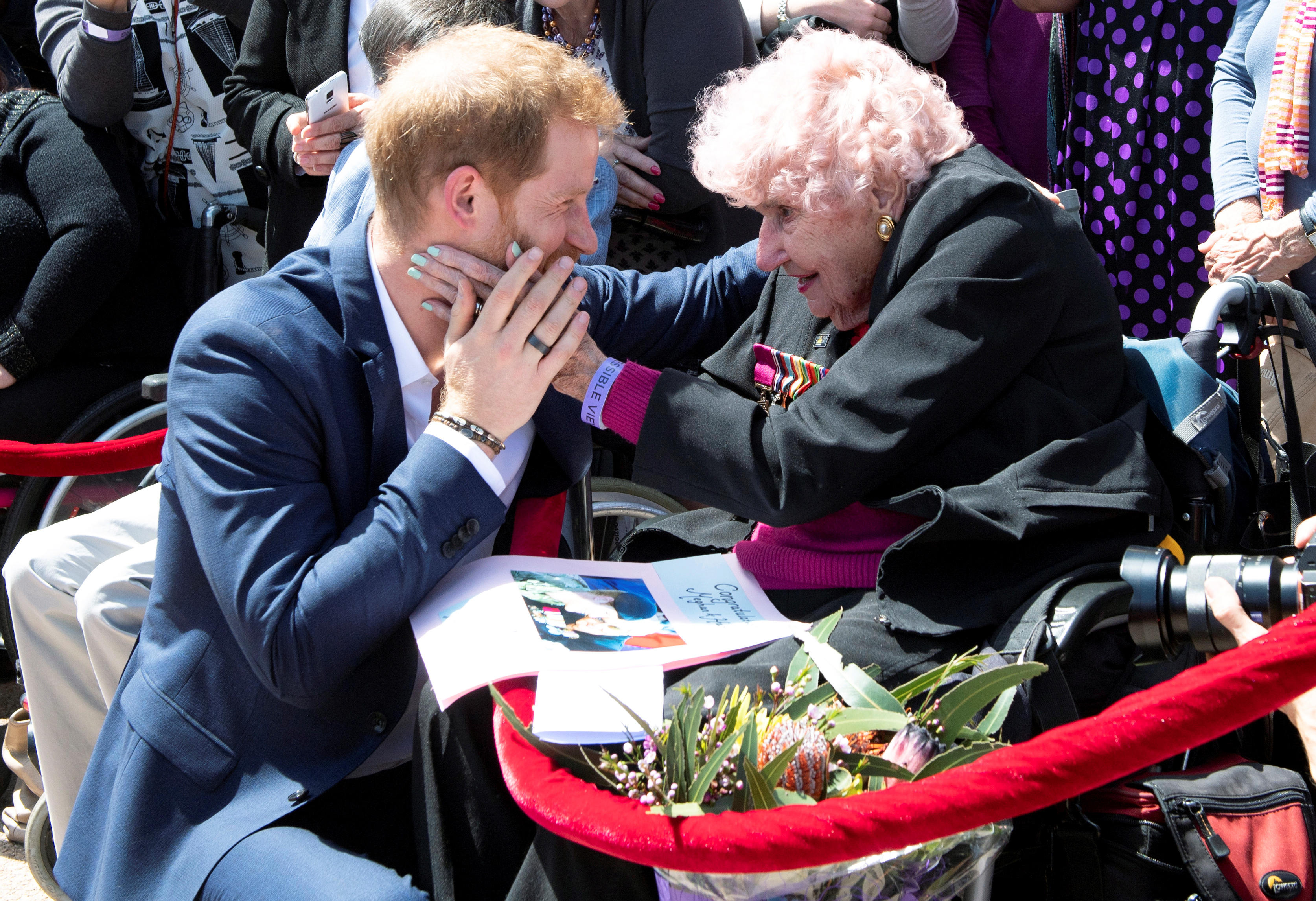 During their first royal tour as as newlyweds, Prince Harry and Meghan, Duchess of Sussex, greeted well-wishers outside Australia's Sydney Opera House. But one elderly woman in a wheelchair stood out to the prince.

Her name is Daphne Dunne, and the 98-year-old has actually met Prince Harry twice before. Dunne and the prince first met during his 2015 trip to Sydney, The Associated Press reports. Three years ago, Prince Harry noticed Dunne while greeting fans outside the Sydney Opera House. He noticed a Victoria Cross medal around Dunne's neck and walked up to the elderly woman to sign the honor for her.

A Victoria Cross is one of the highest awards the in British honors system. Dunne says the medal was awarded to her first husband, Albert Crowne, after he died in Papua New Guinea in 1945 during World War II.

Prince Harry and Dunne met again last year, during a day of events to mark the official launch of the Invictus Games Sydney 2018.

This time, Dunne got to meet the prince's new wife, Meghan. On Monday, the royal couple announced they are expecting their first baby.

"Beautiful, absolutely. They were lovely," the war widow told reporters after meeting the royal couple on Tuesday.

Prince Harry and Meghan were scheduled to meet with well-wishes for 20 minutes on Tuesday, but they spent much longer greeting the crowd. They chatted with numerous people and accepted flowers and cards from some enthusiastic fans.

From Sydney, the royal couple will travel to a farming community on Wednesday to talk with farmers about the impacts of climate change.