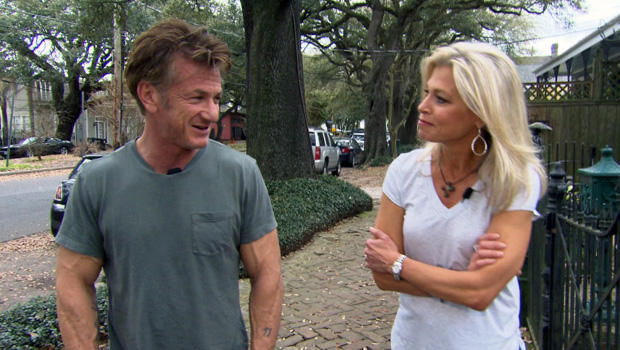 After nearly 40 years in the entertainment business, and earning some of the industry's top honors, actor-director-writer Sean Penn says the thrill is gone, in an interview with Tracy Smith for CBS' "Sunday Morning," to be broadcast March 25.

The two-time Academy Award-winner tells Smith he doesn't enjoy acting these days. "I think that this has been true for some time," he said.

Penn makes his startling admission in a wide-ranging interview with Smith tied to the release of his first novel, "Bob Honey Who Just Do Stuff," published by Atria Books, an imprint of Simon & Schuster (a CBS company).

"It can be great when you're working with good actors or good directors or good writing as an exercise," Penn said of Smith of acting. "But, do I have a belief that it has a lasting value? Maybe, I could make the argument intellectually. But I don't have a visceral -- I'm not in love with that anymore."

What he does love, he says, is writing, which he does in longhand, not on a computer.

"Bob Honey" is about a septic tank salesman-turned-assassin who kills people with a mallet. Among his other actions, Honey sends a letter containing a veiled threat to a fictional president.

Penn also talks with Smith about his ongoing philanthropic efforts to help rebuild Haiti after the 2010 earthquake, and of personally going to New Orleans during Hurricane Katrina.

He also discusses his infamous interview with then-escaped drug lord Joaquin "El Chapo" Guzman; his legal battle with producer Lee Daniels; life after acting; and what advice he might give to his younger self.