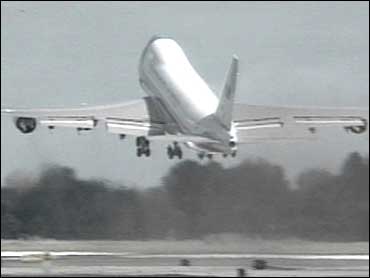 People ask me "do politicians lie?" The answer is they seldom lie. They just don't always tell the truth. Take presidential air travel. Ask the White House, this one or any previous one, how much it costs the taxpayers when the president flies around the country campaigning on Air Force One. You'll be told the White House reimburses the government the equivalent of one first-class airfare ticket for the president and every other political aide who travels with him. What you won't be told is that most of the hundreds -- hundreds of people who travel with the president are listed as government employees, not campaign aides.

Even if the White House paid the government the price of a first-class ticket for all of them, it would still be a bargain. Why? Well, the next time you fly first class, see if you can get the government to throw in a free helicopter to take you to the airport or get the airline to furnish a cargo plane to fly your car to wherever you visit -- just a few of the perks the president gets for his first-class ticket.

White House officials are never able to compute just how much all of that costs, at least not when they're in the White House. Somehow that does not seem to be a problem, though, when they're out of office. For example, when then-first lady Hillary Clinton was using a government plane to campaign for the Senate, Republicans said it cost about $35,000 an hour to fly the plane and pay for all the people needed to support it. You won't get them to confirm that figure these days.

Politicians don't often lie, but if they told the truth about campaigning on Air Force One, they'd say, 'Look, one of the perks of being president is that you get to stick the taxpayers with a big part of the bill for campaigning and we all do it.'