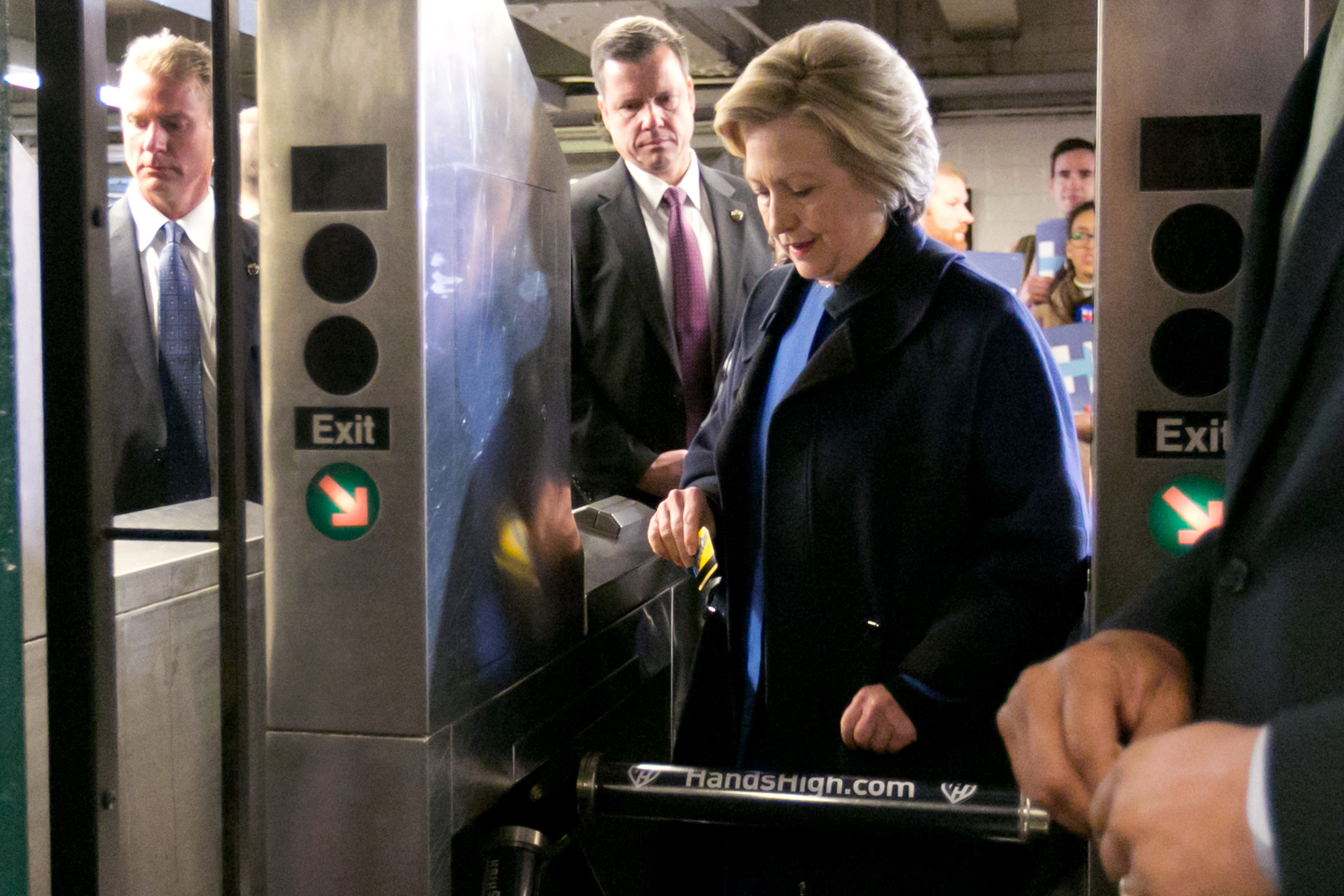 A picture is worth a thousand words, and for politicians, you never know what might stick as a flop.

Most of the time, it's when you try too hard to be one with the people. For Hillary Clinton, a trip on New York's subway was not the best move.

It should have been easy, but it took Hillary Clinton five tries before she finally cleared the subway turnstile.

Out of her element, the Democratic front-runner isn't the first politician to fail at the photo op, reports CBS News correspondent Chip Reid.

In 2000, Republican presidential candidate Gary Bauer flipped a pancake, and himself with it.

And who could forget the photo of Richard Nixon, when he walked on the beach with a full suit and black shoes on?

Russ Schriefer has worked on half a dozen GOP presidential campaigns. He says the riskiest photo ops are those involving children or animals.

"If you kiss a baby, is the baby going to cry? Is the dog going to have an unfortunate accident on the set?" Schrieffer said.

But even with careful planning, accidents happen.

In 1988, Democratic nominee Michael Dukakis's team put him in a tank to bolster his national security credentials and it backfired.

"He looked like the character in the Peanuts cartoon as we all know," said Peter Mirijanian, who worked on the Dukakis campaign. He said when a candidate attempts to be ordinary - like when President George H. W. Bush tried to scan groceries - the risk is not worth the reward.

"It hurt him... It made it look like he was not only not connecting - he was a distracted. He was a distracted candidate," Mirijanian said. "The challenge is that none of these folks really running for office are regular guys."